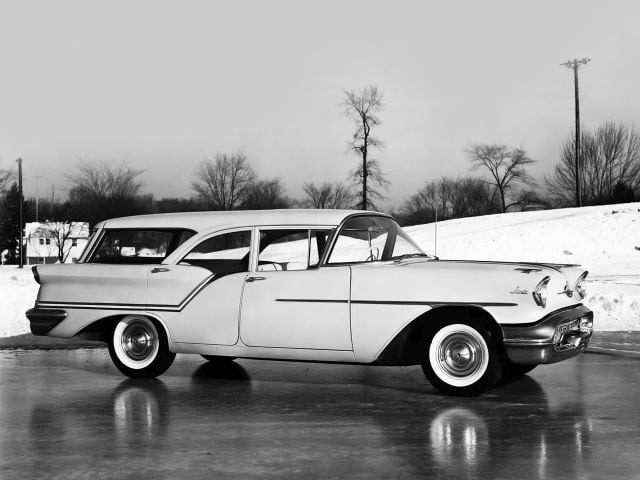 Back in the ’50s, the station wagon body style wasn’t a popular option. The majority of cars they produced back then were formal sedans or two-door coupes. However, Oldsmobile offered a station wagon and an interesting one at that. They called the “long roof” the Fiesta Wagon. It was a trim line they based on the 88 model lineup.

Oldsmobile produced it for two years only, in 1957 and 1958. They made less than 9,000 Fiesta Wagons. The Fiesta was a cool looking offering with a sedan design, but with an added wagon rear end that looked futuristic. In fact, many other manufacturers later adopted it.

Under the hood was a potent 371 CID V8 engine. It produced either 277 or 305 HP depending on the intake option. Customers could choose a two or four-barrel carburetor. The Fiesta Wagon came with a long list of interesting options, including a portable radio that could fit the glove box and drivers could remove it.