20 of the Best Sounding Four Cylinder Cars Ever Made 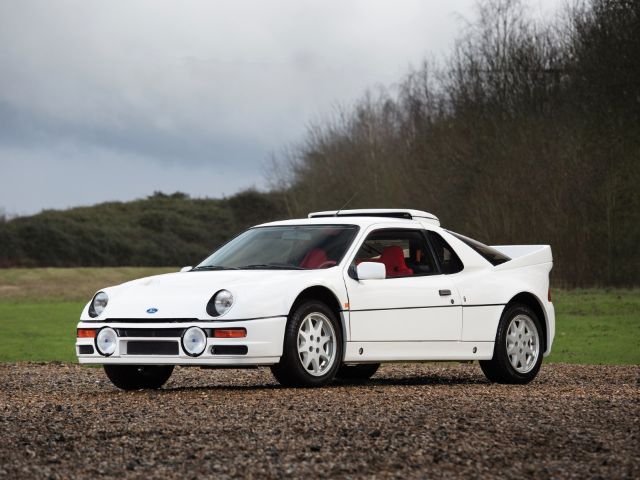 Ford presented the RS200 in 1984 as a mid-engine, turbocharged sports car. It featured lightweight body construction, a 2.1-liter four-cylinder engine with 250 HP and two seats. It was a race car with no intention of hiding it.

And thanks to all-wheel drive, it was capable of jumping from 0 to 60 mph in just five seconds flat. The RS200 meant business and sounded like it with its fire-spitting exhaust, as well. 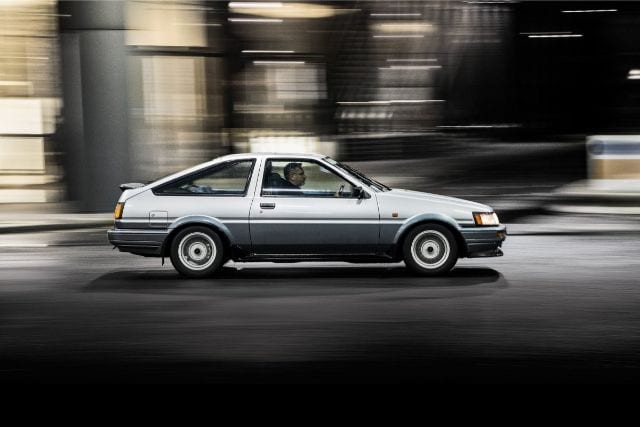 The AE86 was just another version of the standard Corolla model. But since the eighth generation was also the last rear-wheel-drive model, the Toyota engineers thought they should install a high-revving 1.6-liter four-cylinder engine to see how it would transform the car.

And the results were fantastic since the AE 86 wasn’t a boring, slow Corolla. Instead, it was an agile, light and nimble machine that appealed to driving enthusiasts. Also, it sounded great, which was plus with buyers. 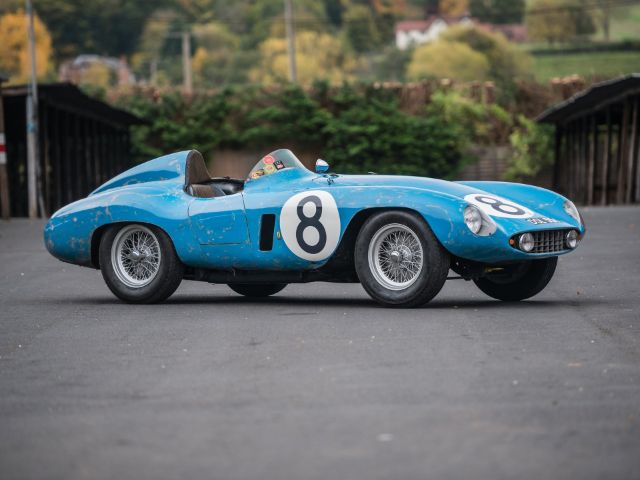 Is there such a thing as a four-cylinder Ferrari? Yes, you heard it right. Despite the fact most Ferrari enthusiasts expect V8 and V10 engines, in the late â€˜50s, Ferrari produced the 500 Montreal.

It was a racing car with a 2.0-liter four pot under the hood. The car produced around 200 HP and won several prestigious races back in the day. Also, it sounded great, raw and aggressive just like a proper race Ferrari should. 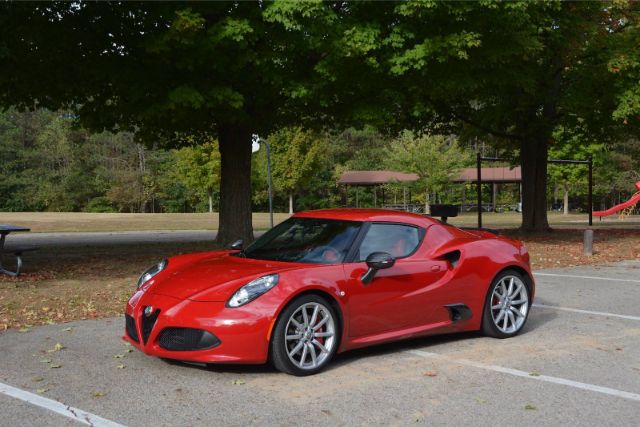 In 2013, Alfa Romeo introduced the 4C. However, nobody expected such a car from Alfa Romeo. The 4C was a “junior supercar” with a carbon fiber tub and lightweight construction. Also, it had a cramped interior and a four-cylinder turbocharged engine.

But the heart of the 4C is a tiny, 1.8-liter engine. However, thanks to the turbocharger pumping 238 HP to the rear wheels, the performance numbers are just as impressive as the soundtrack. 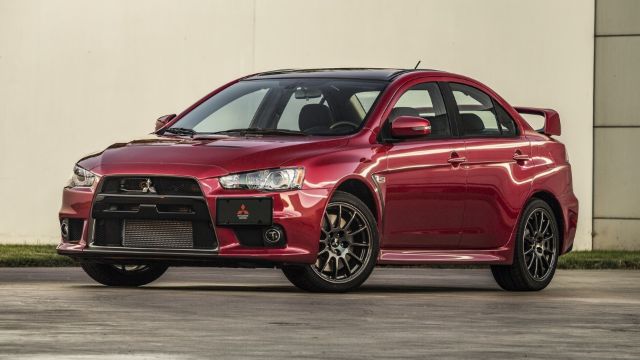 The latest version, which they named the Evo X comes with a 2.0-liter turbo engine producing 291 HP. So, the Evo not only delivers neck-snapping acceleration figures but also a fantastic soundtrack. 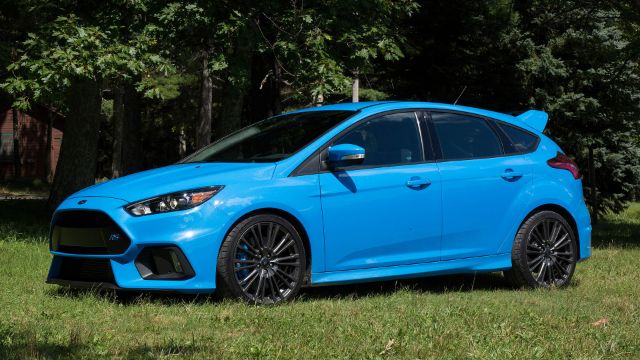 The RS is one of the most powerful four-cylinder cars on the market. But for the first time, it is available as a regular production model to U.S. buyers. The new Focus RS has a 2.3-liter turbocharged unit that delivers 345 HP to all four wheels. And that makes it a capable hot hatch beast.

Better yet, the performance figures are incredible. To go from 0 to 60 mph, it takes the RS only 4.7 seconds and the top speed is 165 mph. But that is not all since the Focus RS has explosive engine sound with all the bangs and pops from the exhaust just like a real rally car. 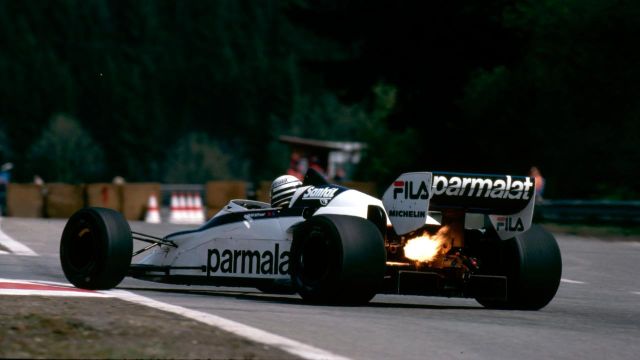 In the early â€˜80s, BMW entered the Formula One races, along with Brabham Team. In those days, turbo technology was all the rage. They equipped the BT52 car with 1.5-litre, four-cylinder heavily turbocharged engine that produced a fantastic 800 HP.

And the result was one of the fastest cars on the grid. In fact, it was the first Formula One title ever won by a forced induction car. 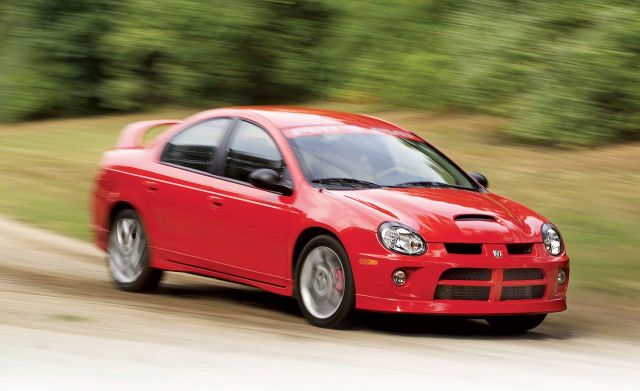 Debuting in 2003, the Neon SRT4 was one of the best and most affordable performance cars in America at the time. But then Dodge transformed the compact Neon into a pocket rocket with a 2.4-liter turbocharged four-cylinder engine.

It pumped out 230 HP, which propelled the Neon to a 5.4 second 0 to 60 mph time. Although most Neons got aftermarket exhaust systems, the stock one sounds great. In fact, it is one of the car’s signature features. 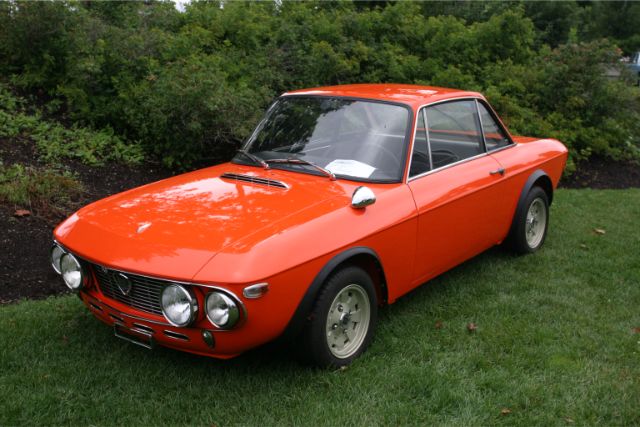 The Fulvia Coupe was a little 2+2 two-door car with a narrow-angle V4 engine in the front powering the front wheels. This unique layout handled fantastically. And with the low weight of the car itself, it presented a vivid performance.

Also, it had a distinctive engine sound, similar to a raw V8 but with the half the cylinders. This exhaust note was noticeable in the HF version, which Lance prepared for racing with an uncorked exhaust. 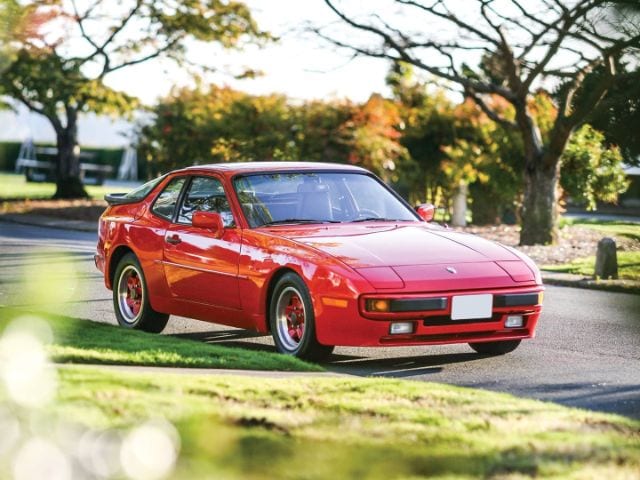 In 1983, Porsche presented the 944, an important model for the brand. One of the main features of this new car was a 2.5-liter four cylinder that could deliver 170 HP. However, later, they enlarged the big four-cylinder to 3.0-liters.

And that is what provided drivers with a deep, strong sound. Apart from the sublime handling thanks to the transaxle gearbox, the 944 delivered a distinctive sound people still recognize. 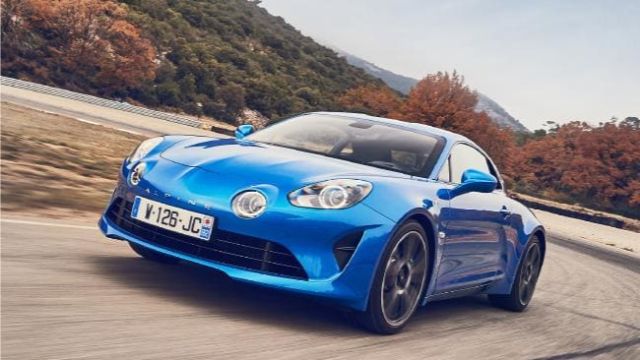 This small coupe weighs just over a ton. Also, it has a 1.8-liter turbocharged four-cylinder behind the driver to power the rear wheels. The power is more than adequate at 252 HP running through the seven-speed dual clutch gearbox. And that is the epitome of a light sports car. But better still, it provides the performance and soundtrack to match. 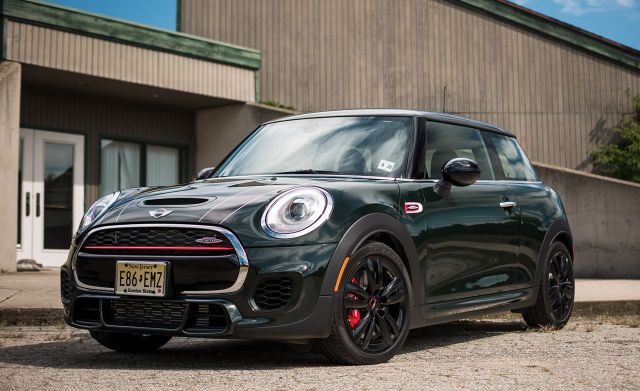 Most people consider the Mini a benchmark car in terms of driving dynamics, precision steering and a pure hot hatch feel. And the newest John Cooper Works edition doesn’t disappoint. In fact, with its 228 HP four-cylinder engine, it is one capable urban runabout.

The acceleration from 0 to 60 mph is achievable in just 5.9 seconds while the top speed is 140 mph accompanied by glorious noise coming from exhaust pipes. 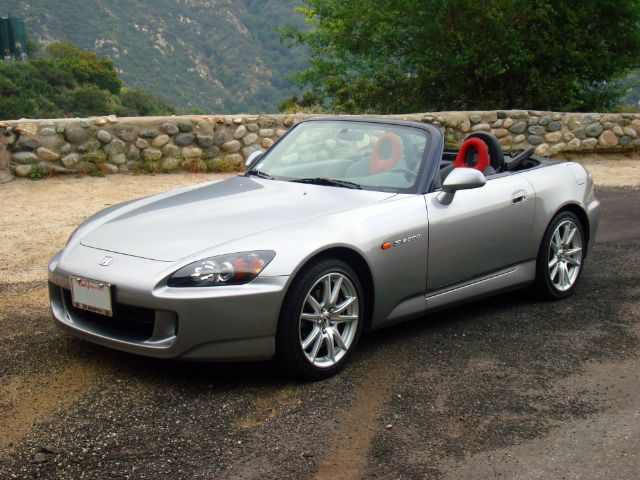 This model was a true driver’s car with all the important features. It had a lightweight construction and the ideal weight distribution. They added a powerful and rev-happy engine with razor-sharp handling all in an elegant open-top package. Under the hood was a 2.0 or 2.2-liter four-cylinder engine with 240 HP.

And that was the main selling point of the car. This little gem of an engine featured a 9,000 rpm redline and four valves per cylinder. Also, it had the famous Honda V-Tec system that provided all the power in high rpms for a wonderful screaming sound. 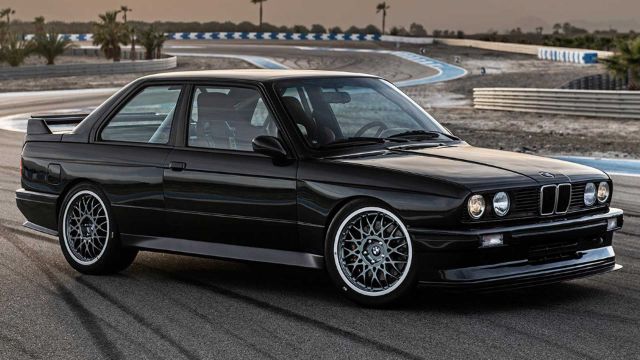 When most people think of BMW performance, they think of the “M” class cars. But, among the dozens of models that wore the M badge, the M3 E30 is the most iconic. But the heart of the E30 M3 was the S14 straight four engine with 2.3-liters of displacement.

Although it started with 195 HP, later the output was 215 HP. Since the car was light, the performance and road-holding were great. In fact, the M3 turned out to be the most successful racing car in touring car racing history. 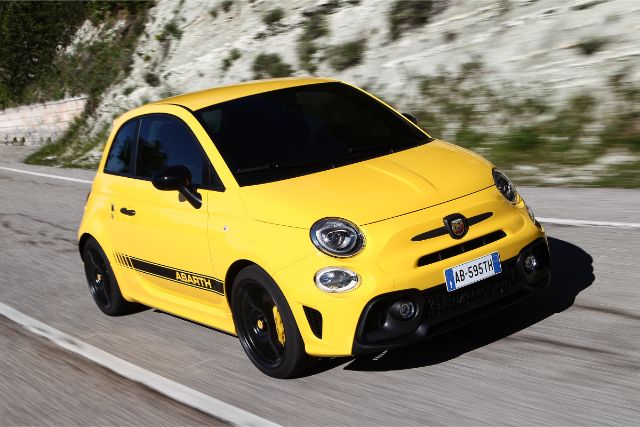 Even though the 500 Abarth gets only 160 HP from its tiny turbocharged 1.4-liter engine, it is a seriously fast and fun little car to drive. And that is due to its small weight and compact dimensions. Also, it is extremely practical for everyday driving and easy to park, as well.

And they completed the package with a small price and running costs. Also, the engine sound is exciting since the engine breaths through two tailpipes. 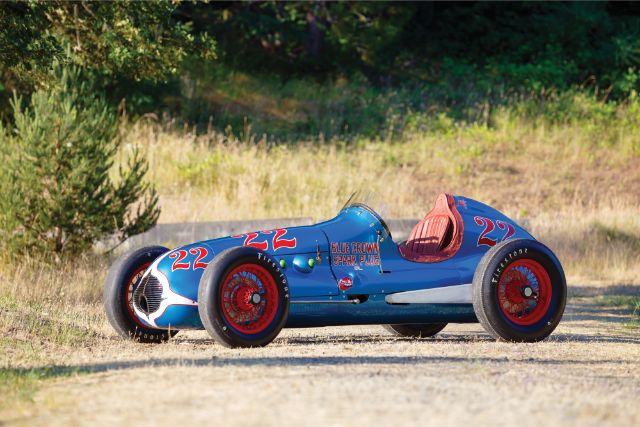 The Offenhauser or Offy is forgotten American manufacturer of race car engines that specialized in four-cylinder configurations. They used Offy engines in various open top cars from midget racers to Indy models. Despite the sometimes small displacement, any Offenhauser engine sounds glorious and powerful. 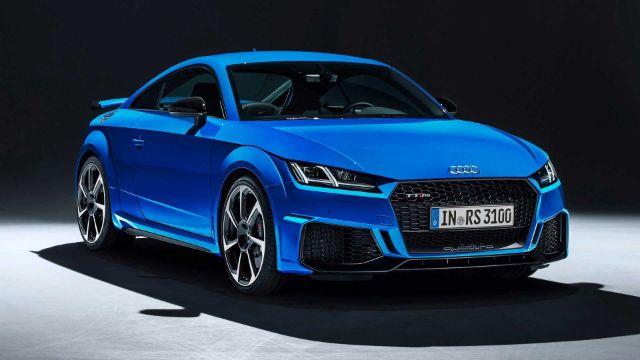 The 2019 model for the U.S. market comes with the signature Audi TFSI technology. It packs 2.0-liters of displacement and an advanced turbocharger that delivers 220 HP to all four wheels. This four-cylinder engine is common in the VW-Audi range.

It can produce from 200 to over 300 HP, depending on the engine tune. But that power wouldn’t be anything without the proper soundtrack. And thankfully, Audi delivers on that promise. 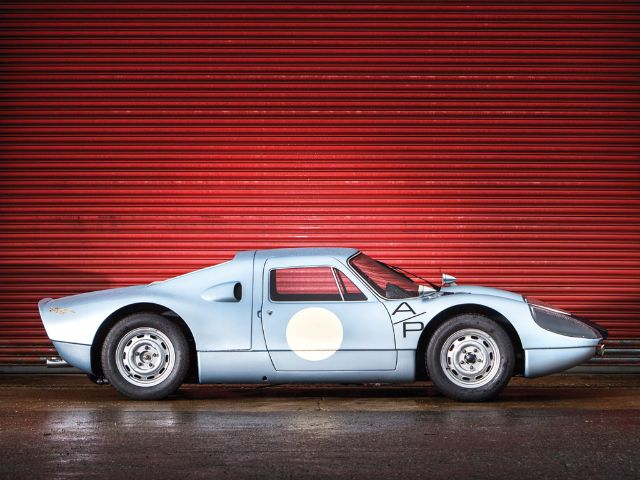 Produced for just two years, just 1964 and 1965, the Porsche 904 GTS was a racing car for the street. In fact, they designed it especially for the track, but only homologated it as a road car. They positioned the flat-four engine behind the driver and displaced 2.0-liters with a high output of 180 HP. Since this was a racing car, the exhaust was uncorked. And that provided the 904 with glorious noise.