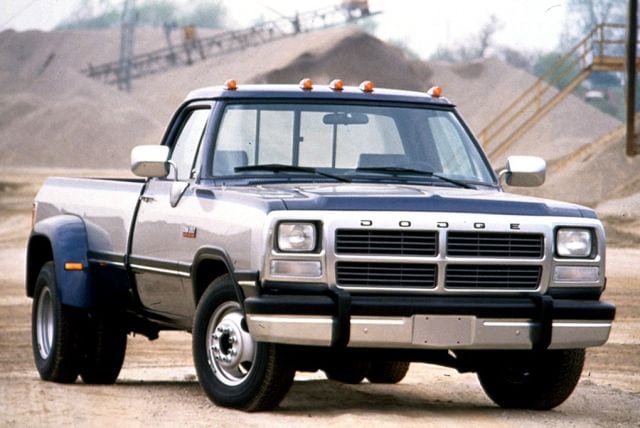 It may seem surprising to feature a 26-year old truck on this list, but the 1991 to 1993 Dodge Ram with the 5.9 Cummins diesel engine is one of the best oil burners in the pickup world, despite its age. The Ram is not a full-fledged classic truck, but not far from it. This generation dates to the late 1970’s, offering a diesel option during the late 1980’s. Under the hood is a venerable 5.9-liter straight six diesel engine with only 160 HP but a healthy 400 lb-ft of torque.

For the 1991 model year, they revised this truck with more power and options. In fact, most diesel truck fans consider this to be the best year in the series. The power and torque figures seem low, especially considering today`s engines, but this is an old truck with old technology. However, old technology doesn’t mean that the 1991 Ram Cummins is not a capable vehicle.

With a 4×4 drivetrain, this is an extremely efficient truck. However, since it is a quarter of a century old, don’t expect the level of comfort and luxury of a modern truck. Even so, the 1991 Ram Cummins will amaze you with its drivability and usability. If you want to buy this pickup, expect to pay over $15,000 for the four-wheel drive version. 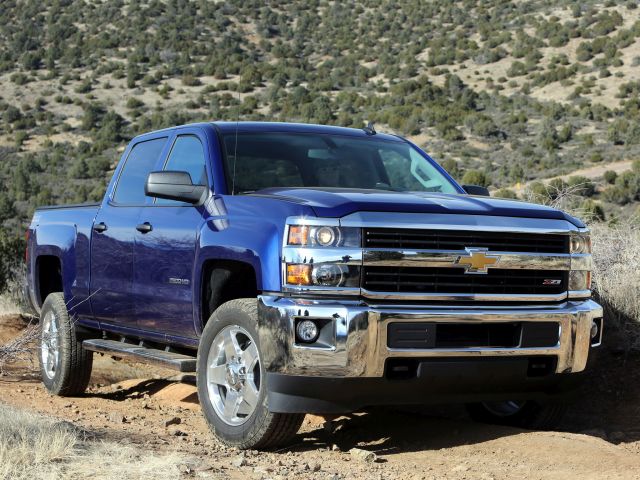 The biggest news for Silverado lineup in 2017 is the introduction of a new diesel engine for HD series. The new 6.6-liter Duramax V8 oil burner delivers 445 hp and massive 910 lb-ft of torque. Obviously, the Silverado HD is chasing Ford’s Super Duty with a similar engine and output numbers. In its 2500 HD version, the Silverado can tow up to 18,000 pounds, while 3500 HD can pull amazing 23,300 pounds.

Of course, the 2017 Silverado is packed with the latest technology, not just in driver aid systems and components but also in creature comforts and accessories. You can expect a lot of space in the interior, top-notch comfort and usability. The base price for the new Silverado HD with a diesel engine is just above $40,000. 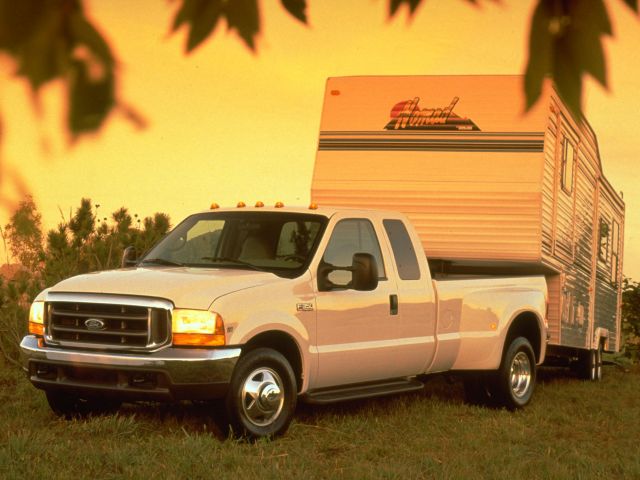 The general automotive public may think older trucks are not relevant anymore. They may even believe they are slow and weaker than newer models. However, if you think they are beaten up and not capable of getting the job done like the trucks of today, think again. One of the best examples is the Ford Super Duty diesel truck from the early 2000’s. This ordinary-looking vehicle packs one of the biggest diesel engines available, the massive 7.3-liter Power Stroke with 235 HP and 500 lb-ft of torque.

The output of this engine is almost half of what modern engines produce, but don’t let that fool you. They built the Power Stroke diesel with super-tough components and internals, like a heavy-duty intercooler, forged steel connecting rods and a high-pressure oil pump. This means the 7.3-liter diesel is nearly impossible to kill. In fact, Ford produced it to do the toughest jobs you can think of and to be durable and usable in any kind of conditions.

Thanks to its rock-solid construction, this 17-year-old truck will probably survive the punishment that a new truck can’t. The Ford Super Duty is perfect if you are looking for a tough work truck. It is available in two body styles and with a decent amount of equipment. Of course, you will not get satellite navigation or an infotainment system, but you will get lots of space inside, as well as climate control. 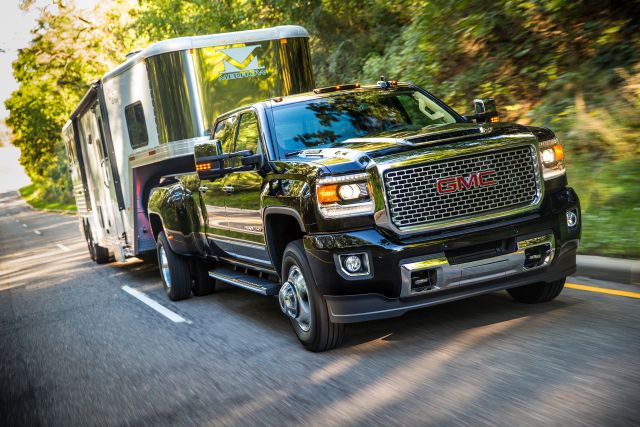 With the same 6.6-liter Duramax diesel engine and mechanics as in the Silverado, the GMC Sierra is similar, but with a slight little design. The Sierra is more of a comfort and luxury oriented product than the Silverado, despite being a tough and capable heavy-duty truck. In fact, the Sierra Denali HD has a towing capacity of 23,000 pounds. It also includes a heavy-duty cooling system to keep the temperature in check in extreme conditions or under full load.

With the base price close to $70,000, the Sierra Denali is an expensive truck. However, for that price, you will get one of the best modern diesel heavy-duty pickups available. In fact, some people compare it to a luxury apartment on wheels. The inside of the Sierra Denali HD looks like an upscale living room with a big screen, an infotainment system and premium leather.

This package also includes LED headlights and intelligent Magnetic Ride Control to monitor every movement of the vehicle. It even adjusts the ride height according to road conditions. This system adds an extra level of safety when you are carrying or towing on bad roads. 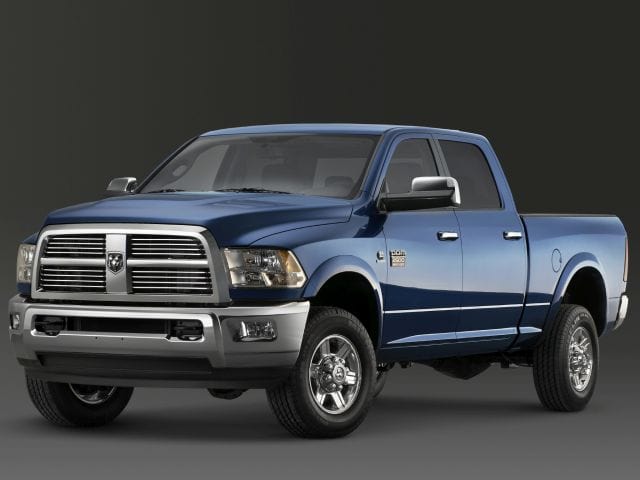 The 2010 Ram HD with the diesel engine option is the perfect vehicle if you are looking for a modern, reliable work truck with a limited amount of money. With a 6.7-liter Cummins turbo diesel engine, this Ram can carry over 5,000 pounds or tow up to 17,500 pounds. Those numbers are close to modern models, which means the 2010 Ram HD can handle any task.

The power output of the 2010 Ram diesel is 350 HP and 800 lb-ft of torque, which is more than enough. Since this is a relatively modern truck, you can expect it to come with modern equipment and components, such as a leather interior and high-quality audio system, as well as climate control and safety aids. 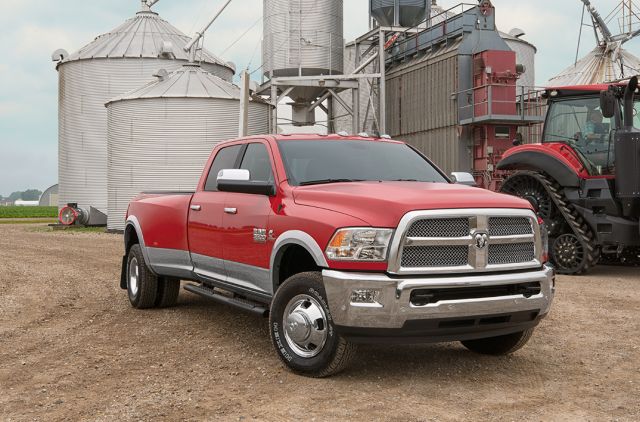 Finally, after the Ford Super Duty and Chevrolet/GMC HD, the Ram HD with the diesel engine is the third competitor in the heavy-duty class. Under the hood is a 385 HP 6.7-liter Cummins engine delivering 900 lb-ft of torque. The towing capacity is a massive 31,250 pounds, making this Ram the top leader in its class. Dodge prepared the Ram HD with several trim levels, cab configurations and a long list of options, too.

You can get the Ram HD as a bare bones workhorse truck with no options, or you can get it as a full optional luxury suite with all kinds of creature comforts, like an infotainment system. Prices for the 2017 Ram HD start at around $40,000, but if you choose the top of the line model, it could go all the way up to $70,000.

The good news for pickup truck enthusiasts is the wide range of options available today. No matter what your budget or purposes, you can find a truck to suit your needs. The trucks on this list are a good place for you to start.