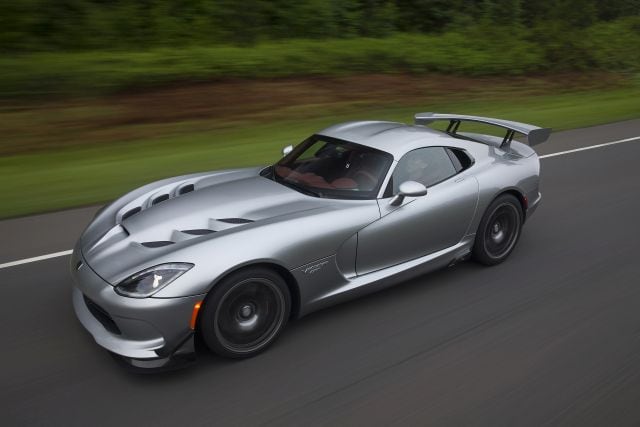 Car fans are deeply saddened by the news they have discontinued the Dodge Viper and they will not see a new generation. They introduced this legendary sports muscle car in 1992. It immediately became an American icon. It had a monster of a V10 engine in the front, a sleek and aggressive body style and rear wheel drive. However, there was not much to protect you from being killed by sheer power and wild nature of this car.

Even so, the Viper became a favorite with driving fans for its uncompromised character and attitude. Over three generations, Chrysler made over 100,000 examples, but the basic layout was the same. It had a V10 in the front, power going to the rear wheels and a manual transmission in between. Until the end, this was the only transmission choice driving purists highly appreciated.

Even if the Viper didn’t have a fancy, advanced automatic transmission with a dual clutch system and lightning fast shifts, it was still brutally fast. In fact, it was capable of beating those much more expensive European exotics. The 8.2-liter, 645 HP V10 engine was responsible for 3.8 seconds 0 to 60 mph times. Will it be a classic? Most car enthusiasts think it will.