10 Awful Cars That Should Be Destroyed With Fire

Kill it! Kill it with fire!

Since the first widely available car rolled off the production line in the early 1900s, manufacturers have tried to catch the buyer’s eye. Whether it’s speed and performance, design, economy or innovation, companies do their best to make an impression.

Unfortunately, sometimes they miss the mark, and often by quite a distance. When this happens, we are subjected to some of the worst cars ever seen. Thankfully, this can often be quite hilarious too. Check out the top 10 worst cars that should be destroyed with FIRE! 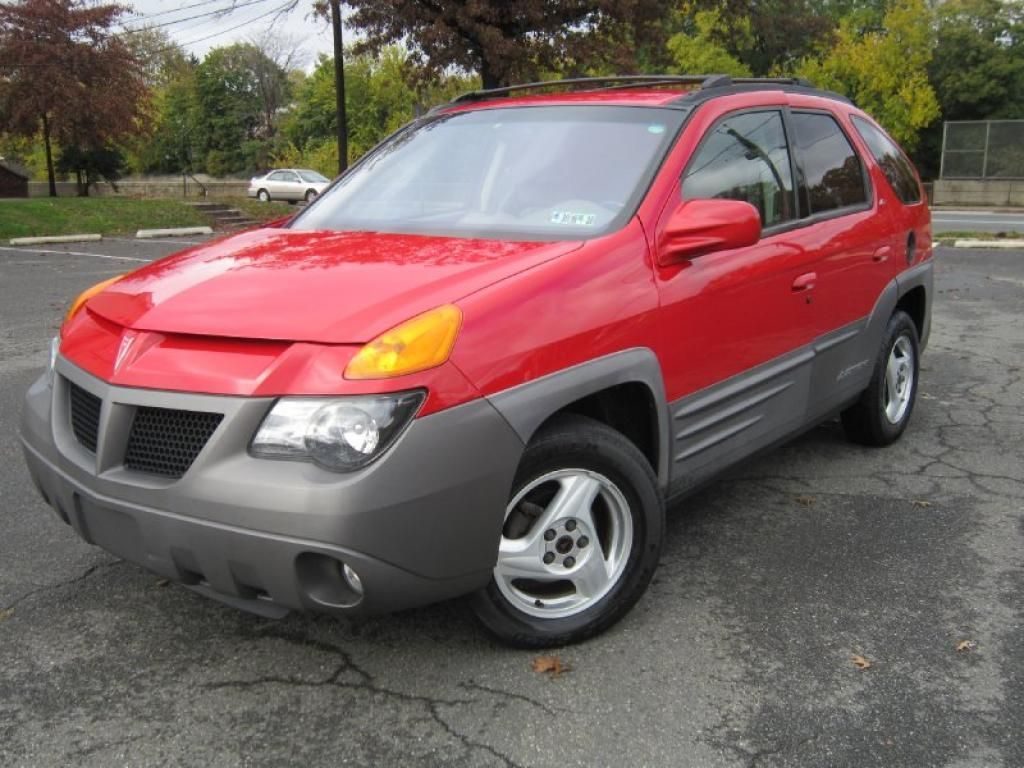 Aside from the crumby name, this lump of poorly designed plastic and metal is terrible for many reasons. Firstly, far more is expected of a manufacturer with the lineage of Pontiac. Square wheel wells are the least of this car’s worries.

Looking at the front end of the Aztek is kinda like meeting an ugly baby. You might lie, but inevitably, that’s one ugly motherf*cking brat. Safety features and carry space were its defining features, but really, who cares about that? Housed under that ridiculous front end was the LA1 V6 4-speed auto lump. Bleh. 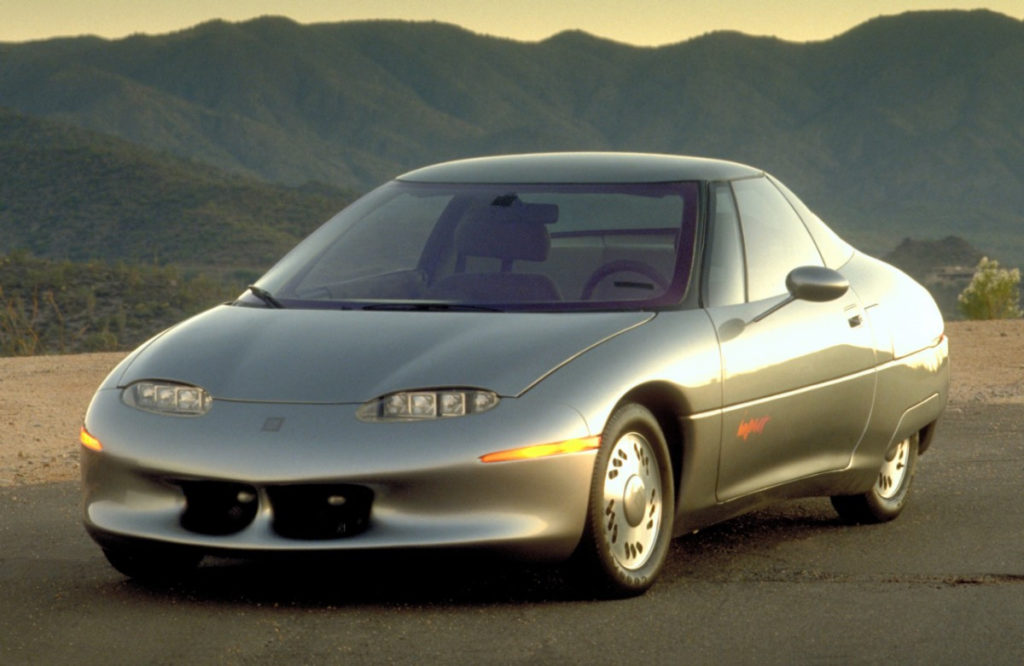 Do not adjust your sets, this car really is that horrible. GM broke the mold with this doughnut, as it was the first ever mass-produced electric car, and the first passenger vehicle to not be sold under one of GM’s branded divisions.

With history-making in mind, GM really smashed it, if their goal was to make the ugliest and potentially dangerous cars in history. 450 EV1’s were recalled after a number of fires were started in the charging port.

Expensive to run and maintain, and not profitable for GM, the lease-exclusive vehicles were recalled in 2002. You can now find them in museums and community colleges. 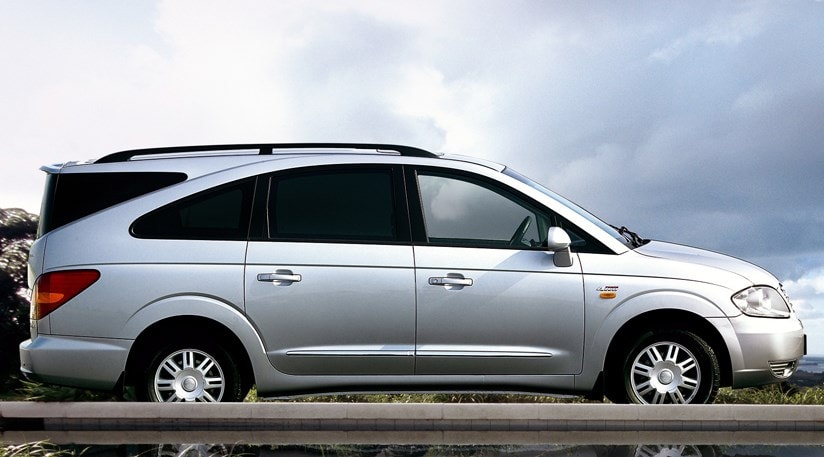 Named, presumably, after some sort of Chinese meal, the SsangYong Rodius is literally a hunk of crap. Look past its horrific appearance and stupid name, and you’ll essentially find a minibus.

6-speed manual or 5-speed auto are the gearbox opinions, with either a 2.7L diesel or 3.2L petrol engine. OK, the multi-functional 9 seats are its saving grace, but you have to admit this car looks so ugly it’s painful.

Motor Junkie rating: Looks like a TV with wheels. 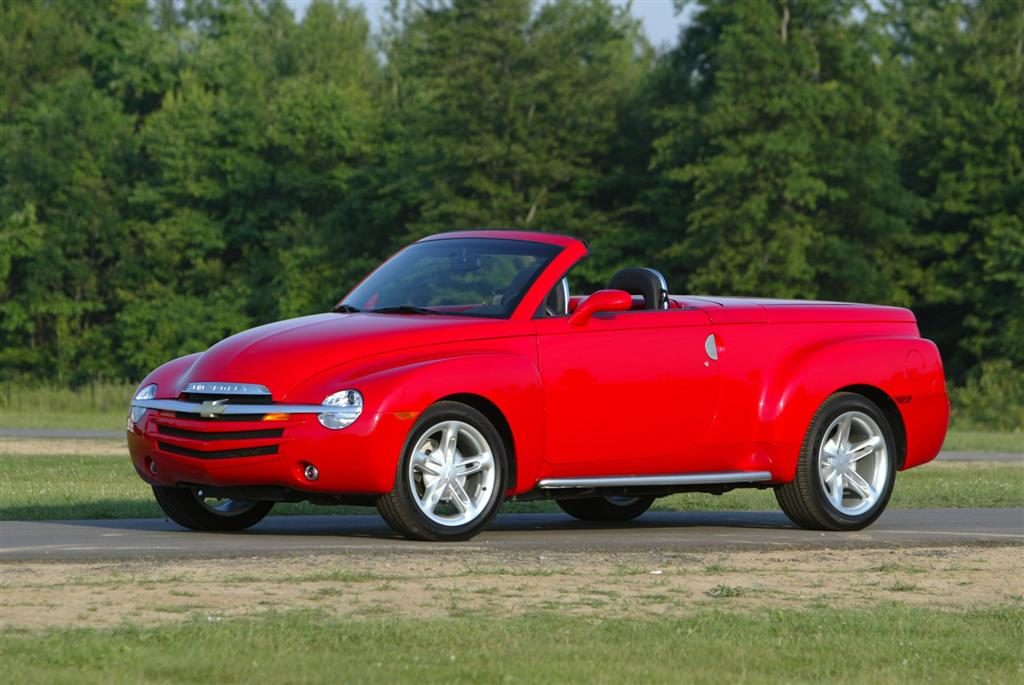 Why, Chevrolet, WHY? OK, so the 390 HP, later 400, performance was not all that bad. Unfortunately, this was the only thing going for the SSR. Sales were so low in their first year, that by Christmas the company was already laying off production operatives.

Just two years later, the SSR production was over. The 5.3 and 6 litre V8’s simply weren’t enough to tempt folks in to driving such a brutally ugly car. Attempting a flashback to the 1950s was nice, in concept, but really didn’t work. 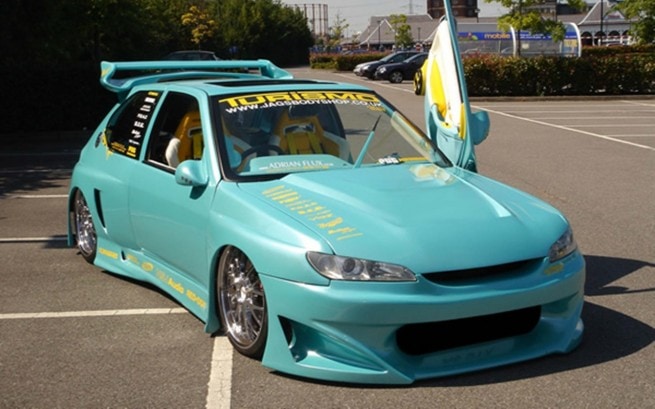 OK, the 306 was undeniably one of the brand’s most successful cars, but it was picked up by the boy racers of this world. As such, it’s monstrosities like that turquoise turd above that need to be destroyed.

Each to their own, but when it comes to modded cars, these are simply the worst. Just because it’s easy to modify and stick plastic body kits to, does not mean you should.

Motor Junkie rating: We’d rather die than drive one. 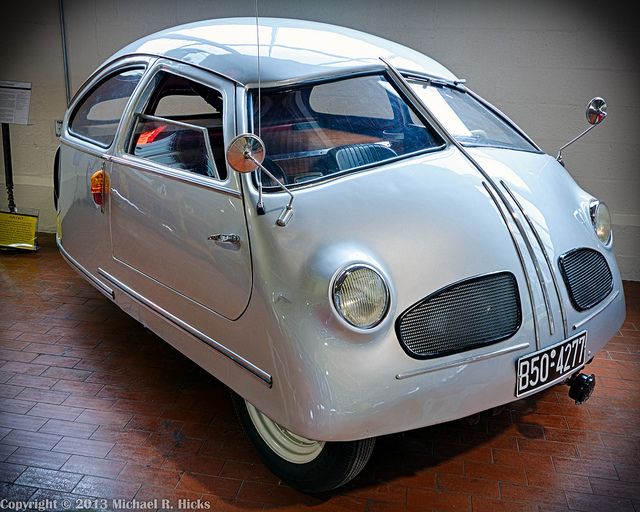 The 1951 three-wheeler Hoffman is widely considered as the worst car ever made. The 200cc engine is mounted on the rear wheel, which also steers, and kicks out an outstanding 6.5 HP.

The suicide doors and terrible driving position are probably this car’s best qualities. The wheel spread on the front is longer than the entire wheel base, it has a single cylinder 2-stroke engine and rear view mirrors which are blocked by the pillar. 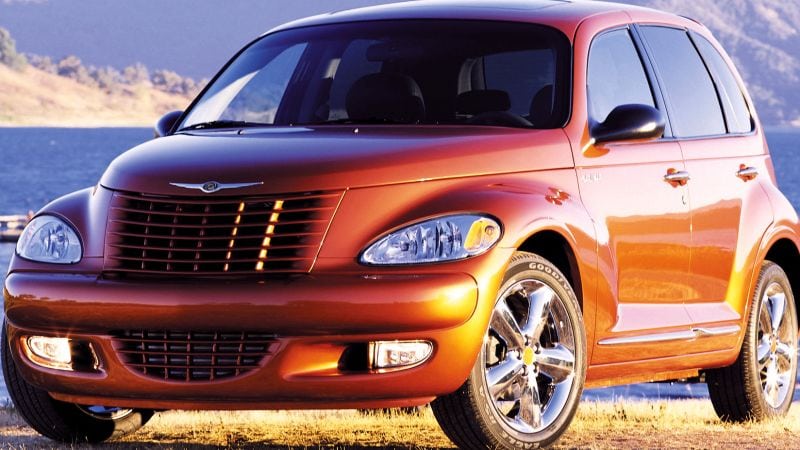 Originally meant to be a throwback to the glory days of the 1930s in automobile design, the PT Cruiser was a total tank. Horrific to look at and underwhelming in design, the PT is one of the most hated modern cars.

Among the many criticisms from PT owners was the lack of power, noisy transmission and drivetrains, and a plastic/cheap-looking dashboard assembly.

Motor Junkie rating: Kill it with fire! (or a tank!) 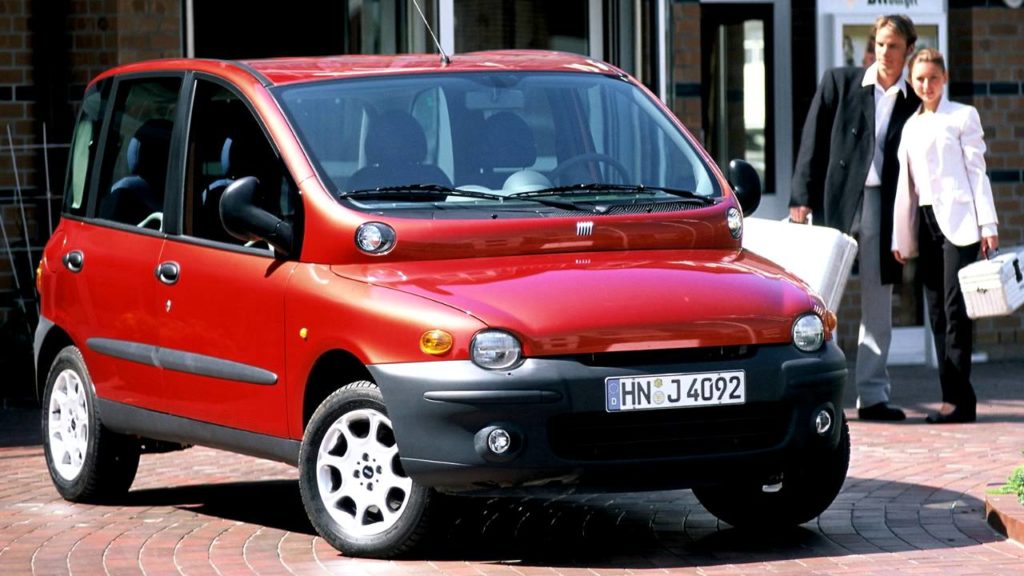 During its 12-year production run, the widely sold Fiat Multipla was available in 1.6 and 1.9 petrol and diesel versions. Although it was received well by the public, one huge factor puts the Multipla on this list.

Yep, you guessed it, the hideously gross appearance of the vehicle is simply hard to look at. Although the facelift version showed big improvements, the first generation of Multiplas did the damage.

Motor Junkie rating: Practical, but looks like a retarded moped. 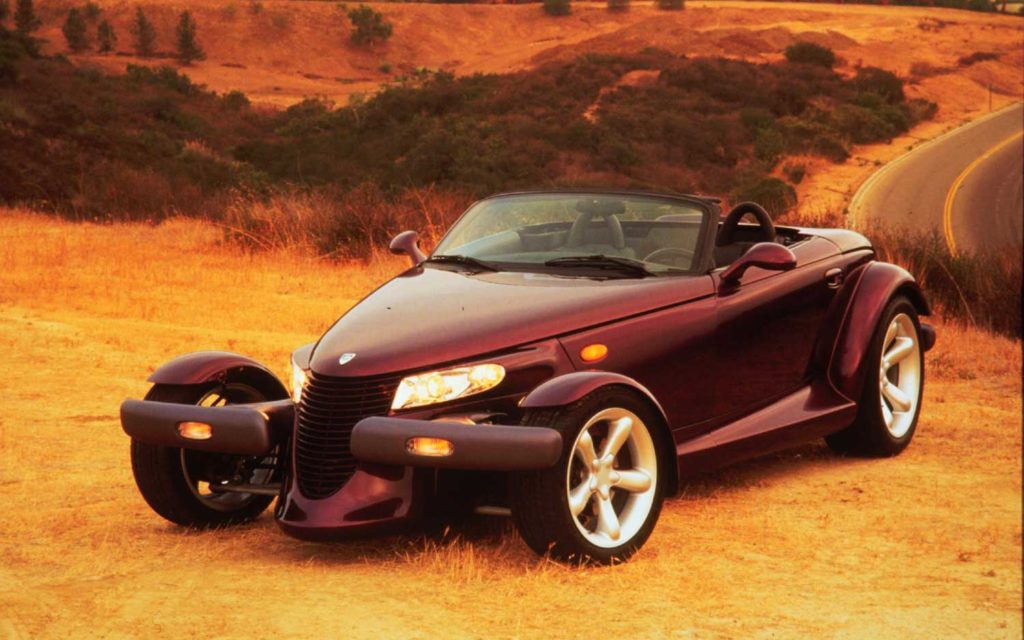 As told by Time:

By the mid-1990s, car designers had powerful new computer tools at their disposal, allowing them to pursue low-volume, high-zoot projects that before would never have recovered the development costs. The Prowler was one such project. Inspired, if not plagiarized, by a retro-roadster design by Chip Foose, the Prowler looked like a dry-lake speedster from the 22nd century, with an open-wheel front end and low-slung hotrod fuselage.

Except they forgot to make it a hotrod. Intent on containing costs, Chrysler stuck its standard-issue 3.5-liter V6 under the hood, good for a rather less than spectacular 250 hp. The Prowler didn’t even have a manual transmission, which made it almost impossible to lay down the requisite stripes of hot rubber. The result was a flaccid little jerk of a car that threatened much but delivered little.

Aside from the proven 1.6 Ket engine, the Ford Pinto really had nothing going for it. Faulted for its terrible suspension and drum brakes, the Pinto became the laughing stock of the years’ car fanatics.

Acceleration was non-existent, transmission was clunky at best, and design was simply sub-standard.