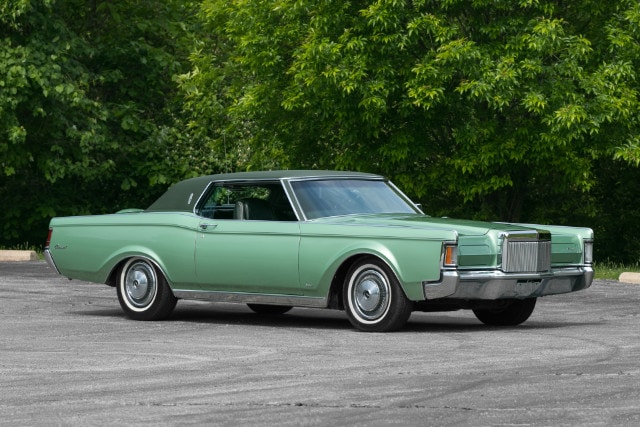 The Lincoln division of the Ford Motor Company was enjoying considerable success during the â€˜60s. That is mostly thanks to the fantastic Continental sedan they introduced in 1961. In fact, it was a landmark model in many aspects. With healthy sales numbers, Lincoln turned to the personal luxury market with the innovative and advanced 1969 Mark III coupe.

It proved to be one of the best personal luxury cars the Ford Motor Company ever made. They debuted it in late 1968, building the Mark III on a Thunderbird chassis and using the new and powerful 460 V8 engine. Since the new model used much of their existing mechanics, Lincoln concentrated on the design and equipment in which they excelled.

The front was dominated with a big chrome grille, reminiscent of those Rolls-Royce models. The hideaway headlights were an interesting touch and the trunk had a cool-looking spare wheel hump with the Continental lettering. And all that, along with the vinyl top made the Mark III design unique and special.

But better yet, the buyers had a long list of optional extras to choose from. Also, this was the first U.S.-made car with radial tires as standard. They replaced the Mark III with the Mark IV in 1972 and it was one of the finest personal luxury automobiles of the period.

The â€˜70s brought many changes to the American automotive landscape. And Lincoln adapted by introducing bigger, heavier, comfortable sedans and coupes. The domestic luxury car buyers demanded such vehicles and the late â€˜70s Continental Town Coupe was the perfect example.

It was an enormous boat of a car, with a long hood, soft suspension and big 460 or 400 V8 up front. They filled the car with every possible convenience option, and it was a typical cruiser of the day. However, due to the fuel crisis, by the late â€˜70s, for Lincolns like this, their days were numbered. 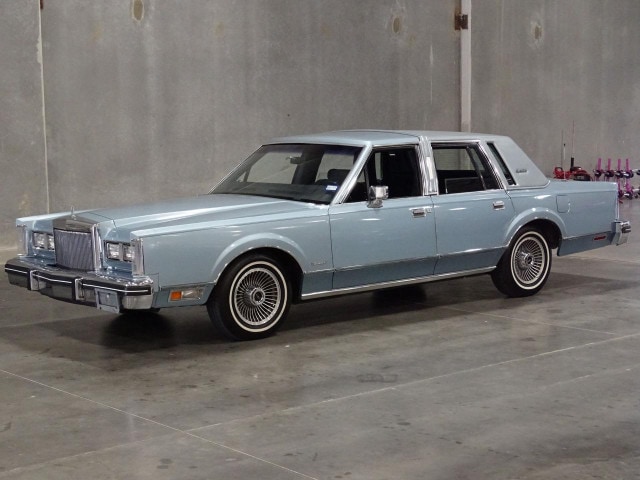 The early â€˜80s brought the necessary downsizing to the whole American car industry. So, enormous cars with monster engines were a thing of past. And Lincoln responded by presenting the popular Town Car model they built on a Ford Panther platform.

It got its power from a 5.0-liter V8. The Town Car was a recognizable boxy shaped sedan with a big chrome grille and bumpers as well as a comfortable ride. It was a typically-styled luxury model and buyers loved its proportions, soft ride and plush interior. 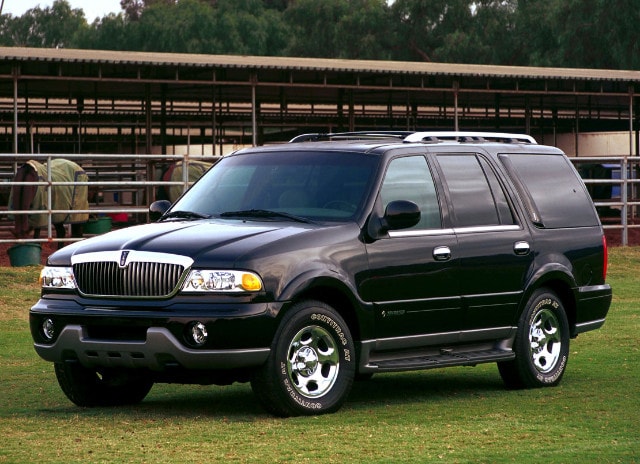 The SUV craze started long before they presented the Navigator. But this model was so perfectly describable of the class, it became a legend of the segment. Big, luxurious, expensive, powerful and prestigious, the Navigator was all that an SUV needed to be. Besides that, the Navigator had style and attitude.

It was equally at home in the rich suburbs as it was in the shady downtown alleys. You could see soccer moms and gangsters driving the same model, which was quite interesting. Even today, the sight of the original Lincoln Navigator demands respect. Lincoln introduced it in 1998, and the Navigator was a sales hit.

But best of all, it came with a long list of options, drivetrain configurations and trim packages. And the 4.6-liter V8 with 300 HP was enough for most tasks. Someday, most people will consider the Navigator to be a valuable classic in the SUV genre. So, you should grab a well-preserved one-owner model today for a low price while you still can. 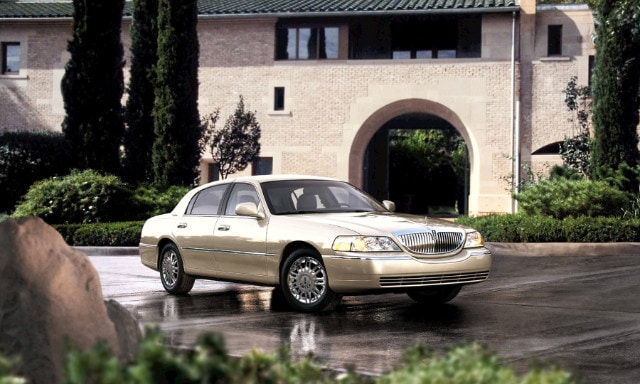 The 1997 to 2011 Lincoln Town Car was possibly the last of the classic Lincoln models. This is since it was a big rear wheel drive sedan with a V8 engine up front and a comfortable ride. Like the previous generations, the third-gen Town Car used Panther platform they discontinued the same year when Town Cars stopped rolling off the assembly line.

However, despite being a legendary and recognizable model, the third generation Town Car was truly the last of its kind. Still elegant and luxurious vehicles, the last Town Cars were no longer as prestigious. Also, they mostly used them as limo services. The market started changing and looking for other types of cars so Lincoln had to adapt to survive. 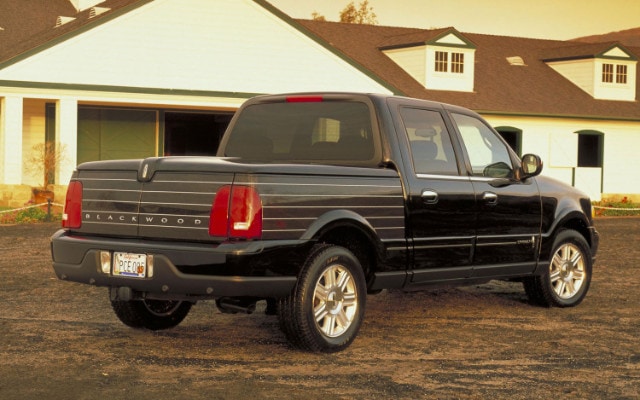 You may be surprised to learn that Lincoln made a pickup truck for one year only in the form of the Blackwood model. Back in the early â€˜2000s, Lincoln offered the popular and successful Navigator, which was the golden standard of luxury SUVs at the moment. Wanting to capitalize on that success, somebody at Lincoln suggested they should build a pickup version to expand the range.

The idea seemed plausible so soon, they sent the first prototypes for testing. The Lincoln used a Ford F-150 platform with the front end and cabin of a Navigator. Also, it came with a custom truck bed with a tailgate that opened like doors and even had a power cover. The finished product looked like a Navigator truck and it was luxurious.

But it failed as a truck since the truck bed was small and unusable. However, the biggest problem was the price as the new 2002 Lincoln Blackwood started at a whopping $52,000. This was an extremely high price for an unusable truck with a Navigator fascia. As you could expect, the market was not amused. In fact, during its 15 months in production, the only made 3,356. 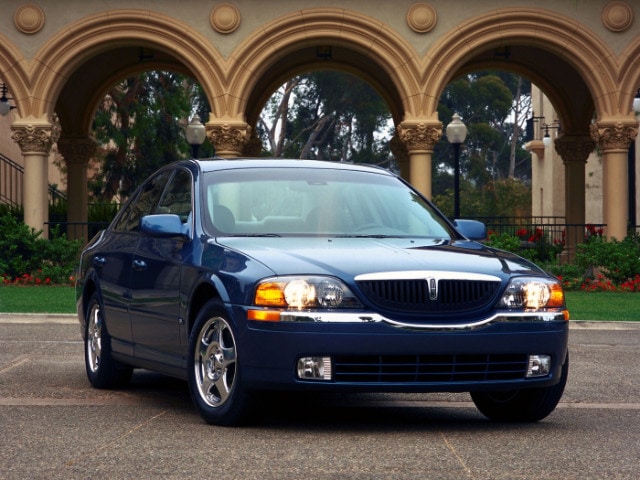 The first of the modern Lincolns was the LS they introduced in 2000. Immediately, it became one of the most interesting American sedans. The LS was much smaller, nimbler and modern looking than other Lincoln products since it used Jaguar S-Type chassis and engines.

However, the LS looked distinctively American and buyers loved the performance, equipment and driving dynamics. In fact, it was totally different from the other big and heavy sedans Lincoln produced. 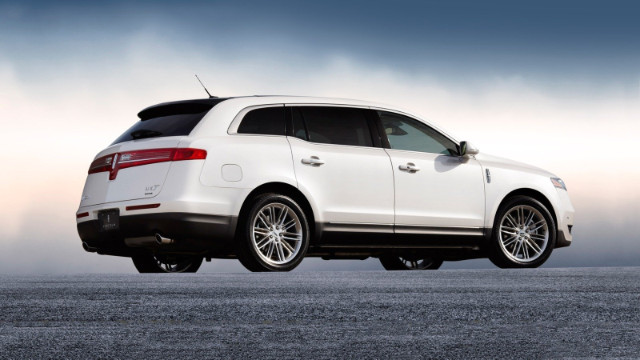 Lincoln finally realized that the market had changed, and big heavy sedans are no longer in demand. So, for 2010 they presented their first crossover model they named the MKT. The MKT was a Ford Edge under the sheet metal but with Lincoln’s unique touches and details.

But the real reason the MKT is on this list is that it helped Lincoln survive the economic recession of 2009/10. In fact, it earned enough money for Ford, so they decided to invest in the brand rather than closing it down like Mercury. 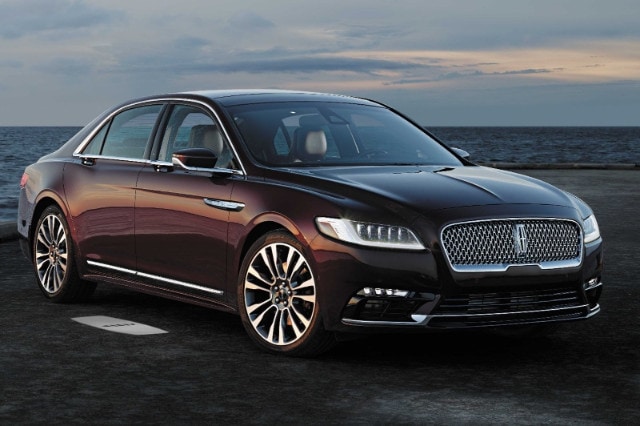 The 10th and latest generation Continental made a triumphant return to the Lincoln lineup in 2016 after 15 years of absence. Ford planned this model for a long time. However, waiting paid off since the 2016 Continental is a truly fantastic luxury sedan that could rival any luxury car from Europe or Japan.

They built it on Ford’s modern and advanced CD4 platform featuring V6 engines with up to 400 HP, as well as a rear or all-wheel drivetrain option. As you would expect, the luxury levels and available equipment are out of this world. Apart from the finest leather and latest in-car electronics, it has a hand treated wood and bespoke interior components.

Apparently, Ford plans to kill all of its sedans, so the Continental will not have a successor. Even so, this is a fantastic way to say goodbye to one of the greatest nameplates in the American car industry.

These are 18 of the best cars the Lincoln Motor Company ever produced. Which one was your favorite? These iconic cars will all become desirable classics someday if they aren’t already. So, you should hurry and grab the one you want before the availability goes way down and the prices skyrocket.

Sad Photos Of Real Cars That Were Ruined By Irresponsible Owners
POPULARCameron EittreimMay 27, 2022 33: Funny Noise This driver noticed a weird sound coming from the rear end of...

50 Worst Cars To Come Out Of The New Millennium
POPULARCameron EittreimMay 25, 2022 33: Pontiac Aztek There was a time when the Pontiac division of General Motors was...