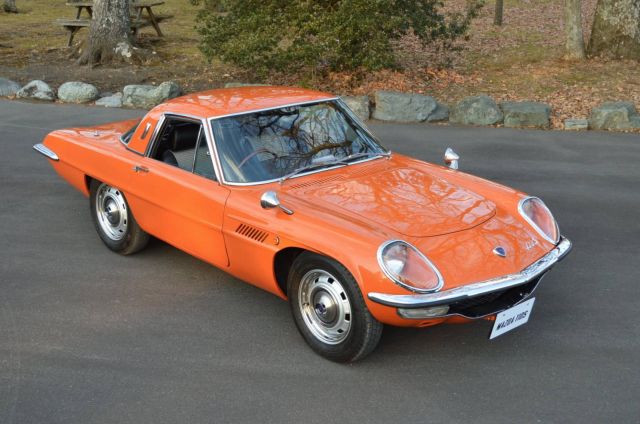 Back in the ’60s, the biggest news among car engineers was the Wankel rotary engine. It was a single piston engine that was lighter and smaller than most conventional units. Yet, it had more power and a revving capacity that captivated the major manufacturers. One of the first companies to introduce this engine in mass production was Mazda in 1967. They did that with their little sports coupe they called the 110 S Cosmo.

The Cosmo was a sharp looking two-seater with a modern design. It had a tiny 982 cc engine producing 110 or 130 HP in later versions. Since the car was extremely small and light, the performance was vivid, especially for the standards of the day.

They imported the Mazda 110 S Cosmo to the U.S., but the reception was nonexistent. Mazda was a new name to American customers, so the Wankel-powered two-seater for a Corvette price was hard to sell. That is why they only made around 1,300 cars, so left-handed Cosmos are rare today.