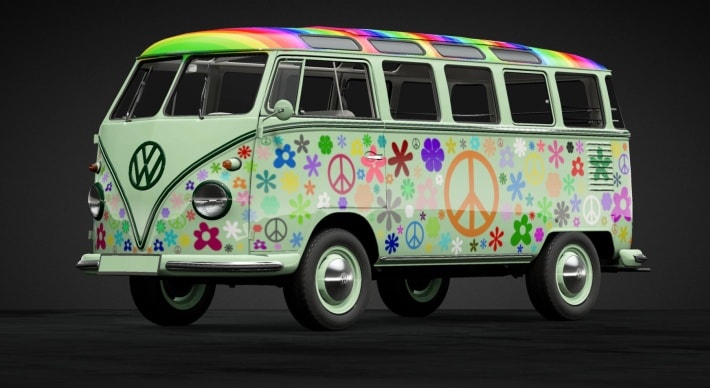 You’ve probably heard about the hippie movement. It was one of the biggest and most influential cultural movements of the 20th century. Established in the mid-60s, the hippie generation promoted peace, love, and unity. It was strongly against the Vietnam War, government oppression, consumerism, and materialism. The hippie culture was well represented in music, movies, and arts.

In fact, this movement had its own style of living, fashion, and slang. But even though the hippie culture started to decline in the mid-70s, people still feel its influence today. One of the most interesting things is the choice of cars hippies drove. Since the movement corresponds with the roaring ’60s and the height of the car culture in the U.S., hippies promoted specific cars. Here are the coolest hippie car legends from the summer of love:

The original Meyers Manx is a kit car they based on the VW Beetle floorpan and engines. But this car has so much importance for the American off-road scene that it had to be on this list. The Manx was the brainchild of Bruce F. Meyers, an American boat builder and surfer who wanted a dependable, yet cool beach car. They finished the prototype in 1964 and full production followed. By the early ’70s, more than 6,000 were built.

The construction was simple as they used a fiberglass tub they mounted on VW Beetle mechanics. Better yet, this rear-wheel-drive car was light and could tackle almost any terrain. Some owners even installed more powerful boxer engines from Corvair or even from Porsche. Due to its characteristic design and great driving capabilities, the Meyers Manx became a symbol of the surf and hippie cultures.