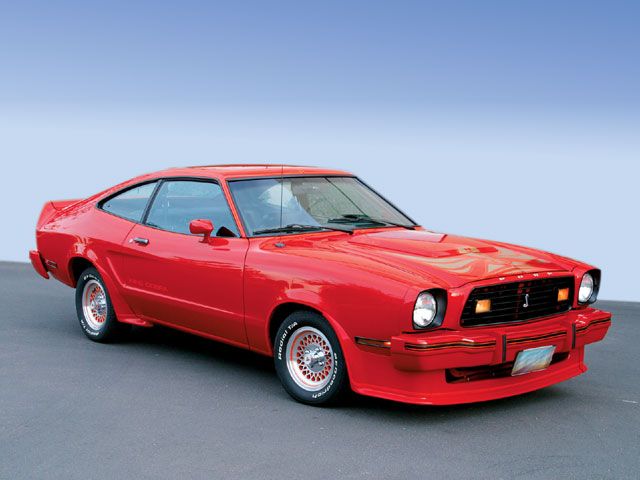 The second generation of the Ford Mustang debuted in 1974. It was available for four years, until 1978. Despite the fact it was the subject of so many jokes and bad press, the Mustang II was an important model. They downsized the whole Mustang range, introducing economical four-cylinder engines and parts sharing with other Ford models. That’s what helped the Mustang survive the recession of the ’70s and the death of the muscle car segment.

With a flaming snake on the hood, front and rear spoilers and full body kit, the King Cobra was the typical ’70s factory custom car. They mated a 5.0 V8 to a four-speed manual transmission in an attempt to make a performance car. Needless to say, the performance was not great, but the outrageous body kit stole the show. Today, the King Cobra is a collector’s item.