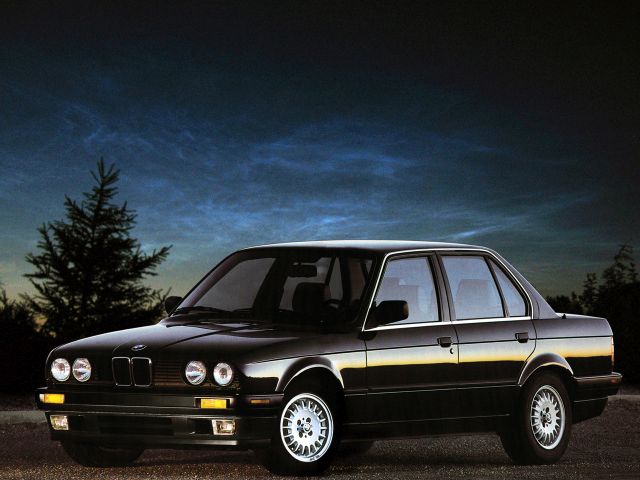 The quintessential 3-Series is the venerable E30. And BMW produced over 2.2 million between 1982 and 1992. Also, the E30 was the blueprint for later 3-Series models. But, it is also a car that cemented BMW’s position as the premium manufacturer of compact yet powerful cars. A small, rear-wheel-drive chassis with perfect weight distribution and an attractive design was the winning formula.

In fact, it is still popular more than 30 years after they originally released it. However, the 3-Series E30 was also a successful racing car. The legendary M3 was a touring car with most wins on the international racing scene. But, with the prices of the M3 street versions going stratospheric, people preferred the basic 3-Series models.

And best of all, you can still buy them at a low price and they provide lots of driving fun. Interestingly, the E30 3-Series came with the choice of several four-cylinder and a few six-cylinder engines. But the model you want is the six-cylinder 325i in the two or four-door configuration. Although the 325i was available as a convertible with four-wheel drive, you probably can’t buy those cars for around $3,000.

However, the 325i has a potent engine delivering 170 HP and a lightweight body. Also, the handling is precise. The parts are affordable, and the tuning potential is enormous. In the last few years, the wider automotive community has started to appreciate those compact cars. They provide a great analog driving feel with modern performance for next to nothing. So, act fast and buy one now before they are out of this price range.