Bad day at the office for this guy…

Bodyguard Andy Danso was driving his employer’s rare Pagani Zonda back from an MOT when disaster struck. Danso, aged 43, claimed he had swerved to avoid an oncoming vehicle in his statement to police.

What he was not aware of was the presence of CCTV cameras in the forecourt opposite the accident. Danso’s case got even more difficult when it reached court. Turns out his employer wasn’t being completely honest either.

All photos from SWNS. 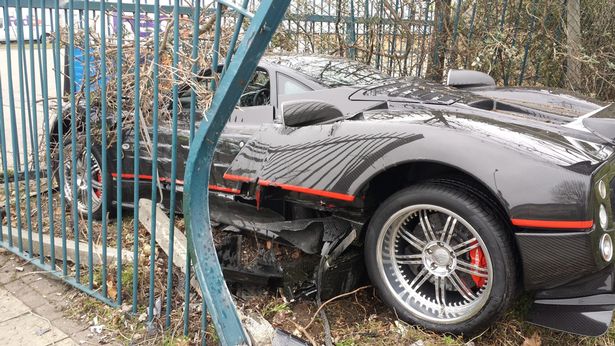 Once the case hit the courts, Danso finally admitted he had simply lost control of the vehicle. After this admission, this should have been an open & shut case, but there was more to come.

Turns out his boss, Chinese businessman Jen-Te Chen, had owned the car without insurance covering the vehicle. That’s right, he owned a one-million pound supercar and hadn’t even insured it. After picking the car up from MOT, Danso plugged it in to a metal fence, here’s the footage, followed by the somewhat scandalous details from the courts: 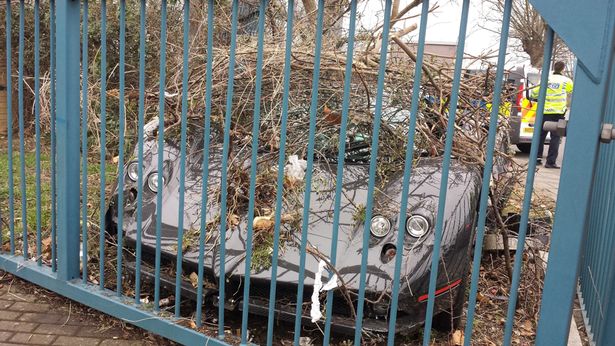 As per a report by The Mirror, here’s what happened when Danso appeared in magistrate’s court:

District judge Denis Brennan said: “You were driving a high-performance vehicle with a top speed of 214mph that you had taken for an MOT.

“Finding the seat was uncomfortable, because you were too close to the steering wheel, you continued on the journey.

“Whereas a reasonable and prudent driver would have pulled over you didn’t and as far as that there was an accident.

“Therefore I find you guilty.” 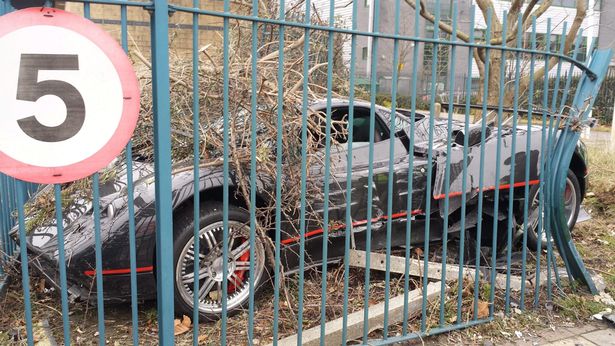 Police told Danso to provide a car insurance certificate, which he did but senior claims investigator Graham Ahkin for insurance company Chubb showed it was a forgery. The prosecutor said: “You are saying your employer who is a successful business man emailed you a forged insurance document.”

Danso replied: “Yeah, 100 per cent. I think if he had turned up he would be incriminating himself.” Judge Brennan found Danso not guilty of forging an insurance document with intent to deceive as it had been handed to the defendant by Chen.

He said: “I don’t believe you sent on that document knowing it to be a forgery to the police.

“I think you had no knowledge whatsoever that document was a forgery. Withstanding the lies you told to the police I think you have told me the truth and you didn’t know it was a forged document. I find you not guilty.”