When it showed up back in 2005, Bugatti Veyron was by far the most extreme hypercar in the world. Its successor Chiron not only follows Veyron’s steps, but also goes way further in any aspect, from design and technology to mind-bending performance. Many records are there to be broken, and Chiron continued to do so, putting Bugatti on top of the automotive world once again.

In that light, Bugatti announced that the Chiron broke the 0-400-0 km/h world record at Volkswagen’s secret Ehra-Lessien test track. The Chiron managed to accelerate from zero to 400 km/h (249 MPH) in 32.6 seconds and the run took 2.6 kilometers. The braking took a lot less: 9.3 seconds and 491 metres.

By achieving this maneuver in 3.112 kilometers, the Chiron set the new world record for a production car. The whole quest was monitored and officially certified by SGS-TÃœV Saar. 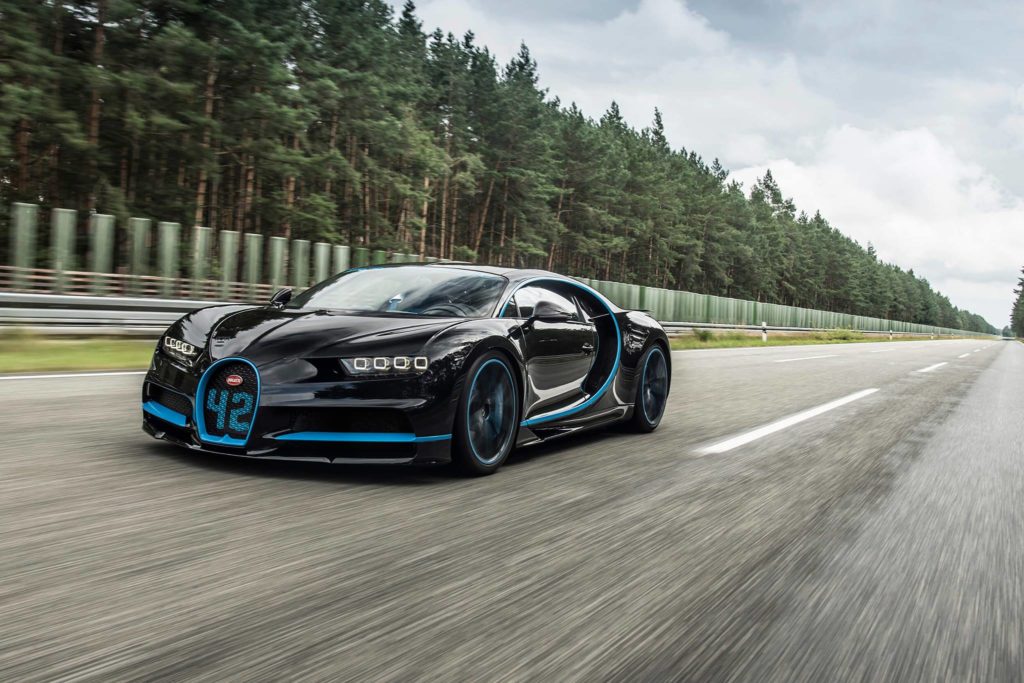 The record-breaking run was completed by ex-F1 driver and Indy 500 winner Juan-Pablo Montoya who said that he immediately accepted to do this challenge. “My first thought was that I would do anything Bugatti wanted in order to drive this incredible car. “When you are driving the Chiron for the first time and taking it easy, you cannot imagine how powerful it is. But as soon as you open the throttle, you hear the turbochargers pull up and all this torque comes in, and it just does not stop. It is like a linear power curve to happiness.”

He commented on the run, praising every aspect of the magnificent Bugatti Chiron. Montoya also added that he’ll be more than happy to go for another speed record the Chiron is ready to conquer. It’s the 2010 record of 431.072 km/h achieved by Veyron 16.4 Super Sport. Also, the record-breaking Chiron had the number 42 on its horseshoe-shaped front grille, which was Montoya’s IndyCar number. 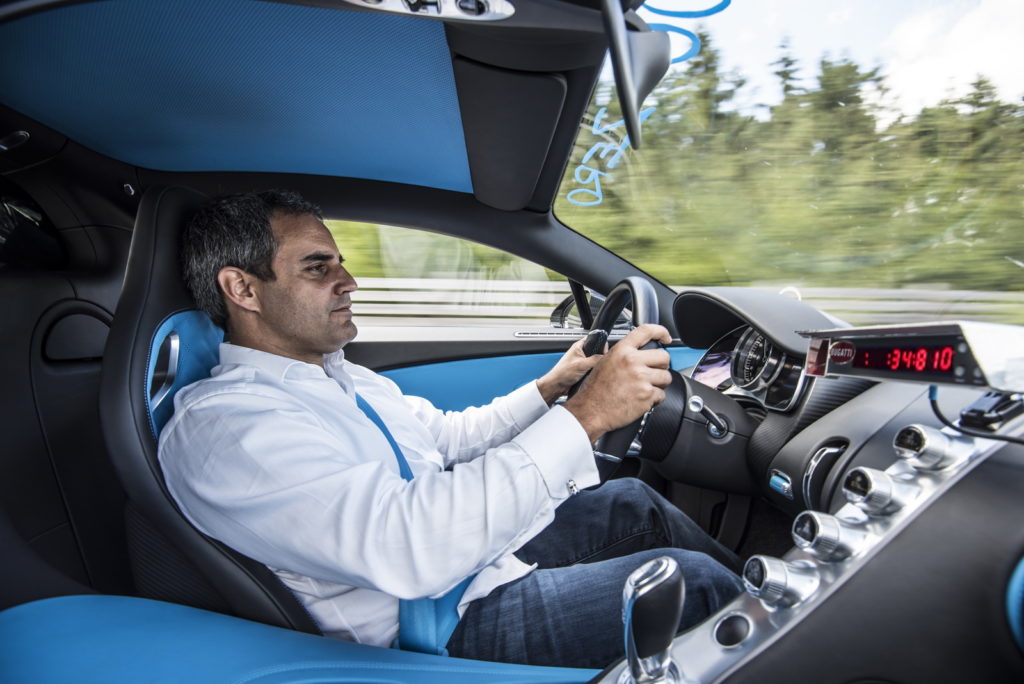 The Footage is INSANE

Apart from having an insanely skilled driver behind its wheel, the Chiron has an impressive set of high-tech hardware that enabled it to break the record. It is powered by a monstrous 8.0L quad-turbocharged W16 engine which produces around 1,500 horsepower. Yes, you’ve read it well! These numbers are really staggering, both compared to regular cars and other hypercars too.

When it comes to brute power, Chiron’s W16 has ten times as much horsepower as a compact crossover or over 500 horses more than the Ferrari LaFerrari, one of the most prestigious cars in the already exclusive hypercar class. When it comes to brakes, the Chiron stops thanks to state of the art carbon-ceramic discs and an air brake that generates extra 1,800 lbs of downforce when deployed.

Bugatti chairman Wolfgang Durheimer wasn’t humble at all: “Bugatti is the first car brand that not only calculates how fast a car can go from zero to 400 to zero on a computer, we actually drove it. Where others are satisfied with theory, we validate our data with real-life values. Just like we did with the Chiron.” To be honest, he had all the reasons to skip all the modesty and go full cocky about the achievement of Bugatti’s new halo car.

Bugatti Chiron is limited to just 500 examples, and 300 of the wealthiest and luckiest collectors and speed aficionados have already got their $3 million monster on wheels.