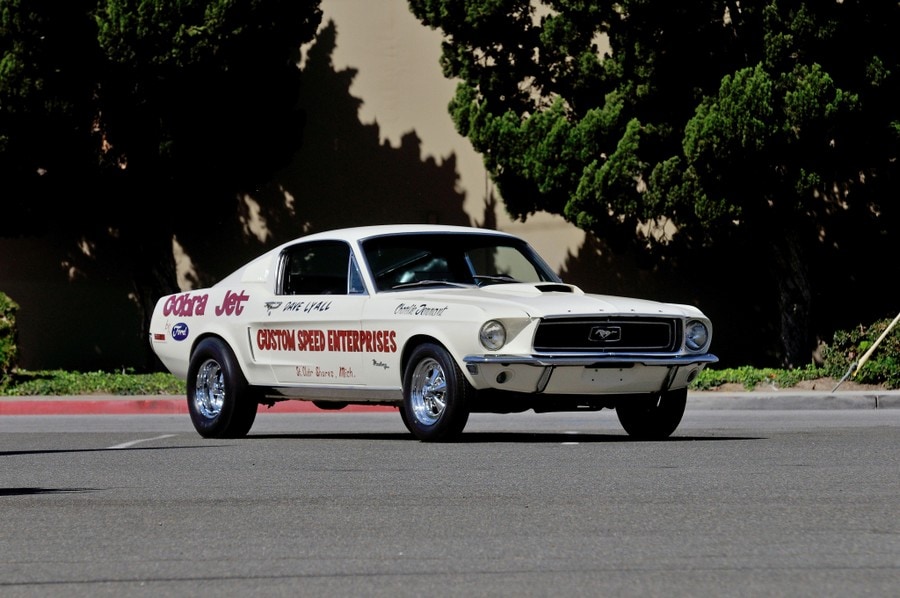 Ford presented the legendary 428 Cobra Jet engine in 1968 and immediately put it in the Mustang. The Mustang 428 CJ was a mid-year introduction Ford intended for drag racing, which is why they sold modest numbers. But the real drag racing special was the 50 Wimbledon white Fastbacks with the 428 CJ engine. They came with a close-ratio four-speed transmission and heavy-duty suspension Ford to qualify for NHRA rules. 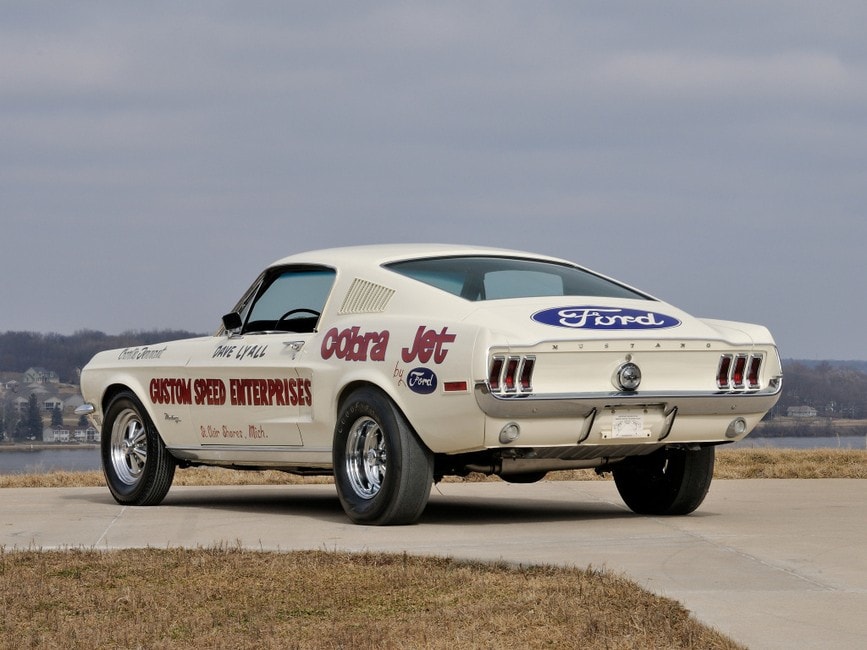 Ford rated the new 428 Cobra Jet at 335 HP, but everybody knew the new big block produced more than that. The real output of race-prepared white Fastbacks was closer to the.500 HP mark. Even with less power than some competitors, the Mustang managed to win races since it was smaller, lighter, and more balanced than Mopars.