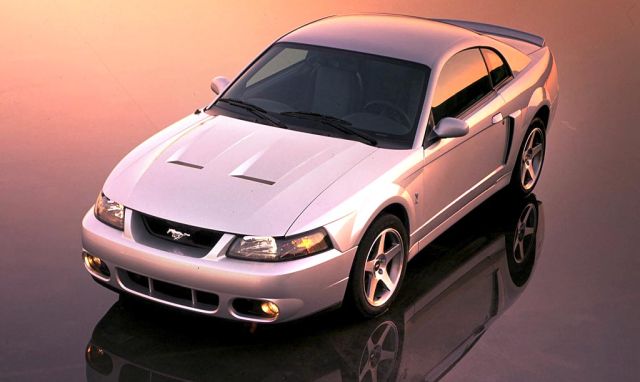 Ford was inspired by the wild SVT Cobra Rs from the â€˜90s, but they didn’tname the 2003 model “R” since it wasn`t limited in its production. In fact, it was available to the public, rather than just racing drivers and private teams. However, this SVT Cobra was an important model for the Mustang dynasty and muscle car mythology because it featured two firsts.

One was the first factory supercharged engine and other was the independent rear suspension. Special Vehicle Team took the standard 4.6-liter block and mounted different heads and a supercharger to get 390 HP and 390 lb-ft of torque.

They named the engine the “Terminator.” Rumor was that it delivered more than the advertised 390 HP. To handle all that power and torque, Ford equipped the SVT Cobra with an independent rear suspension like the first Ford GT. This helped the stability at high speeds and hard launches, making this Mustang handle like a dream.

The 0 to 60 mph time took only 4.7 seconds, making the SVT Cobra a drag strip terror. Ford offered this model in 2003 and 2004, building around 20,000 of them in coupe and convertible form. And, despite being almost 15 years old, SVT Cobras still hold high prices on the used car market. 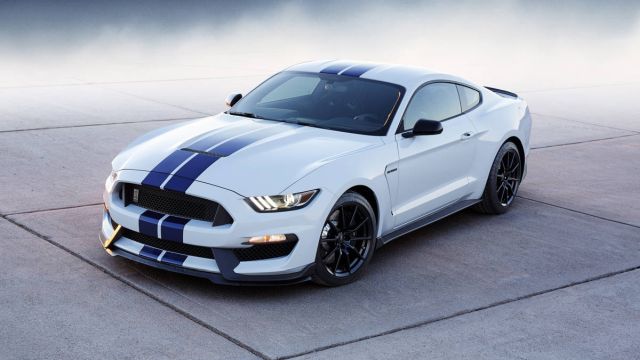 Although they based the Shelby GT350 on the Mustang GT, much of the car’s suspension, design, aero package and engine were new. But the biggest single difference was the fantastic Voodoo engine with 5.2-liters of displacement, 526 HP and 429 lb-ft of torque. And the main feature of this high-revving powerplant is the flat plane crank technology that allows this big V8 to scream to almost 9,000 rpm.

It is the same technology exotic manufacturers like Ferrari use, but this is the first time a muscle car has such an advanced engine. Ford`s investment into the Shelby GT 350 R paid off since the performance is mind-boggling with 3.9 seconds for 0 to 60 mph. But the numbers don’t do justice to this car. Shelby GT350 R is a pure sports car that delivers fantastic driving dynamics and experience to drivers.

It is much closer to the Porsche GT3 in terms of precision driving and cornering speeds than it is to humble Mustangs of yesterday. This car is not only one of the fastest Mustangs ever; it is also one of the best sports cars in recent years. This is a model that erases the line between muscle cars and sports cars. 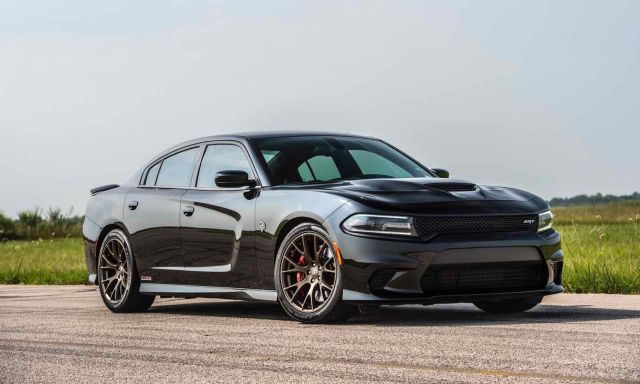 In 2014, Dodge presented the Hellcat and the car community went crazy. After all, the reaction was not surprising since the 6.2-liter supercharged V8 delivered 707 HP. And it is a proper monster of a muscle car that shouldn’t be on the streets. But, Dodge allowed the public to buy one of the fastest, most powerful muscle cars ever.

Despite being overpowered in every aspect, the Dodge Charger Hellcat is fun to drive and can be docile at low speeds. It’s only when you press the throttle to unleash the fury of those 707 supercharged horses do you feel the brutality of the Hellcat and power going to the rear wheels.

The 0 to 60 mph times are in the high three-second range and the car can top 200 mph. So, is there better proof that the legendary Dodge Charger can keep the muscle car segment interesting in the 21st century? 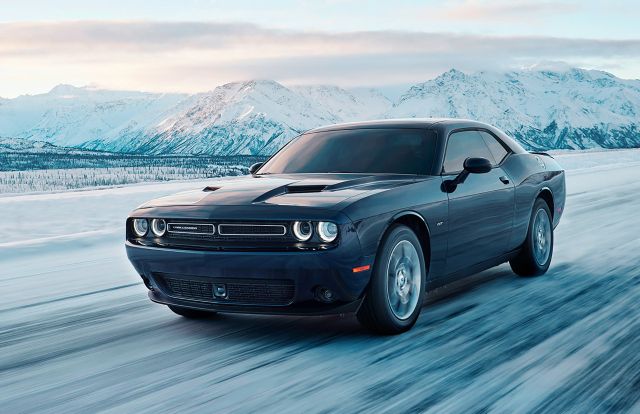 What is the definition of a muscle car? It’s a two-door coupe with a big V8 engine and rear wheel drive, right? Well, Dodge has a different vision. For decades, muscle cars were rear-wheel drive only vehicles. But in 2016, Dodge introduced a special model in its Challenger lineup they call the GT AWD.

Even though it’s a Challenger with the recognizable coupe styling, retro charm and aggressive stance, underneath the cool-looking body, there is a V6. Also, it comes with an intelligent all-wheel-drive system. But, now there are no more smoky burnouts and rear wheels on fire. Instead, there is loads of traction even in the toughest road conditions.

At the moment, the Dodge Challenger AWD is the only all-wheel drive production muscle car ever. Even Ford and Chevrolet don’t have anything similar for the Mustang or Camaro. Unfortunately, Dodge only offers the GT AWD with the V6 engine. Despite the fact that the V6 is fairly powerful with 305 HP, most drivers wish it came with a proper Hemi V8. 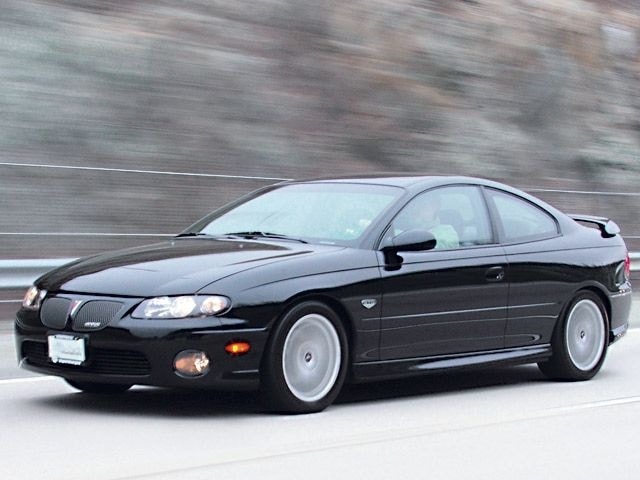 The last GTO Pontiac ever produced was the 2004 to 2006 model, which was a re-badged Australian Holden Monaro. But car enthusiasts expected much from the GTO. So, although it was a powerful, capable machine, it failed to meet the expectations of most GTO fans.

But what makes this car influential and groundbreaking is that it was the first muscle car they sold in the U.S. they didn’t engineer or design in Detroit. Because Holden was GM’s Australian branch, the last GTO wasn’t an American product. 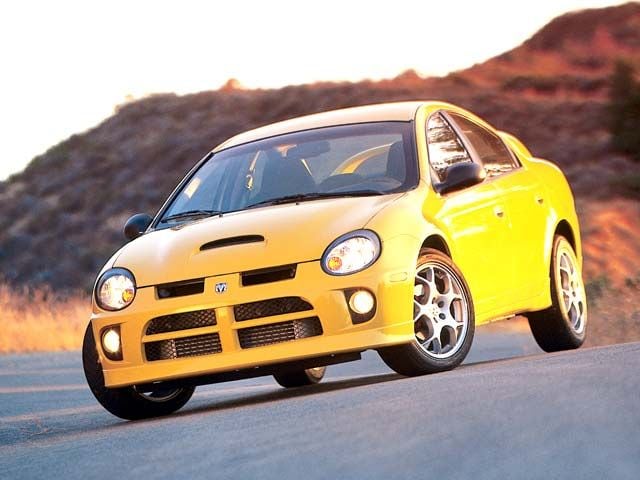 Dodge introduced the Neon SRT-4 in 2003 and it was one of the most affordable performance cars in America at the time. But what turned the compact Neon into a pocket rocket was the 2.4-liter turbocharged four-cylinder engine producing 230 HP.

In fact, it propelled the little Neon to 5.4 second 0 to 60 mph times. However, almost every owner tuned their Neon SRT4 the minute they left the dealership. Some owners even managed to squeeze over 400 HP from the 2.4-liter engine. 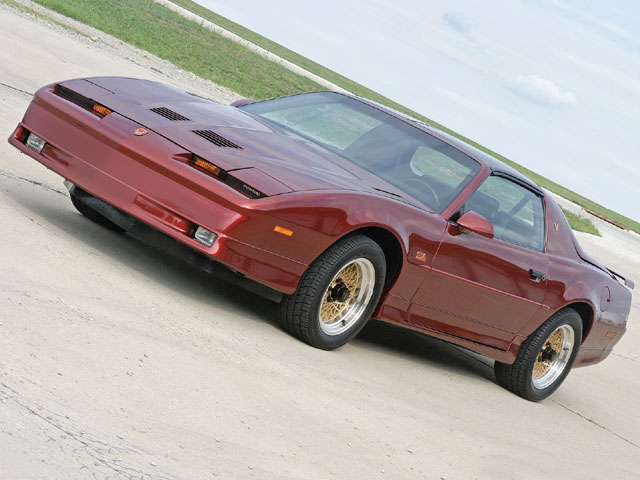 The 1987 to 1991 Trans Am GTA was the best, most powerful version of the third generation F-Body from Pontiac. It was not only the best looking but also a rare, expensive option. The secret weapons of the GTA were its engine and WS6 handling package. The engine was a 350 V8 with 210 HP in the early models and up to 245 HP in later versions.

Rumor was that the engine was the same as in the Corvette since it used the same TPI fuel injection system and displacement, but sadly, that wasn’t the case. But, Corvette used aluminum heads while Pontiac used iron; however, the power and performance were similar. 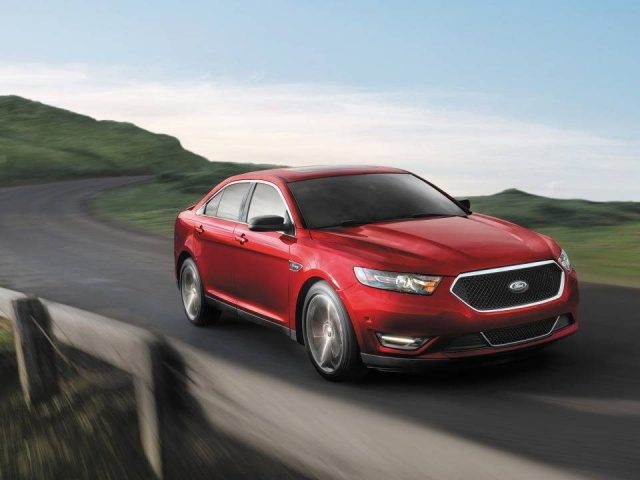 For decades, those fast, stealthy cars were a European specialty. But with the introduction of the Ford Taurus SHO, Americans had their own muscle sedan. However, the best and the fastest is the current model, which is one of the coolest, most usable performance cars you can buy.

The SHO has a 3.5-liter EcoBoost engine that delivers 365 HP to all four wheels over a six-speed automatic transmission. And that means the Taurus SHO is capable of a convincing performance and high top speeds. 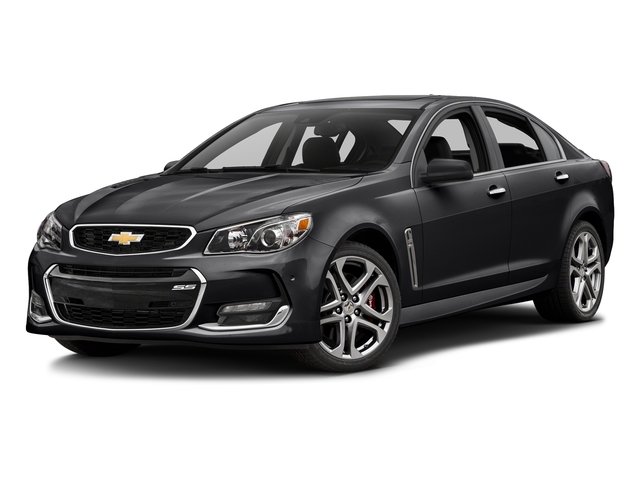 With a 6.2-liter V8, 412 HP, precise steering and neutral handling, the Chevy SS rivals Europe’s finest sports sedans. But did you know it comes from Holden of Australia and they rebadged it as a Chevrolet fine-tuned for American customers?

The performance numbers are respectable. In fact, you can do 0 to 60 mph sprint in just 4.7 seconds, while its top speed is over 150 mph. So, the Chevrolet SS is a good proposition for people who need a practical sedan but want a sports car. 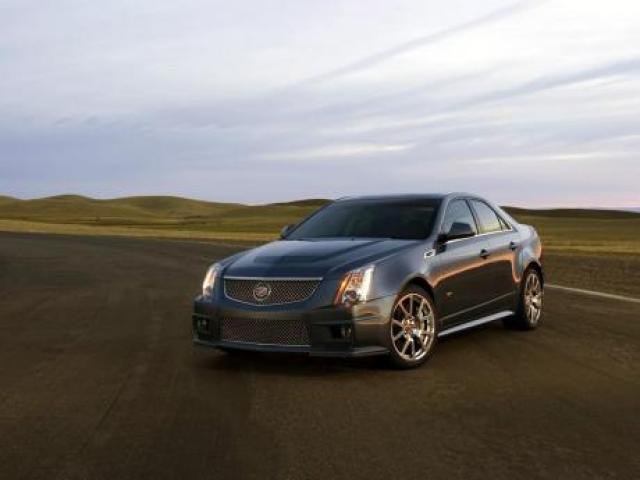 For years, Cadillac was without a proper performance series to compete with BMW or Mercedes. But, finally, the V-Series was born. It was all that Cadillac lovers dreamed of with its powerful engine and world-class handling. Also, they updated the suspension and made it exclusive in its production.

Under the hood was a supercharged 6.2-liter V8 with 556 HP. And that makes the CTS-V the most powerful performance sedan on the market. The suspension and the rest of the drivetrain are advanced, so the CTS-V is one of the best driver’s cars available today.

These are the 20 most groundbreaking modern muscle cars from Detroit. While some are easy to find, others aren’t. However, these cars prove that muscle cars can be affordable and fun to drive, too.