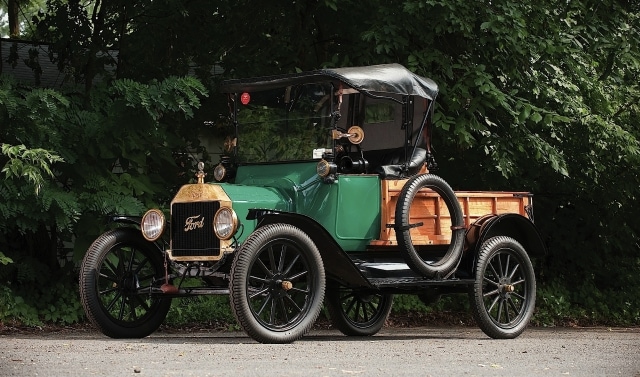 Everybody knows about the Model T since it singlehandedly changed the car industry. The Model T introduced new ways of production, establishing Ford Motor Company as an industry leader. Ford produced over 15 million Model T cars. This made it a record holder for almost 50 years until the VW Beetle surpassed it. It was an iconic model in every aspect. The Model T was also a car that put the world on wheels, starting the era of motorization.

It is only natural that the Model T had a big influence on the pickup class. When Ford introduced it, many independent body shops started chopping regular models into trucks. It took Ford several years to understand they should include a pickup version in their lineup. Eventually, they introduced the first factory pickup in 1925. Ford called it the Model T Roundabout with Pick Up Body.

It was just one of 15 body styles Ford offered for the Model T, but it was also one of the most important. Sales proved that the pickup was in demand. And even though it didn’t have much towing capacity or payload, it was a practical, dependable vehicle.

Even after they discontinued the Model T in 1927, the pickup version stayed in production for a little longer. It influenced many other brands to present similar vehicles. Today, Ford is the biggest pickup manufacturer in the world. This is thanks to this small truck with a 20 HP engine and big ambitions.