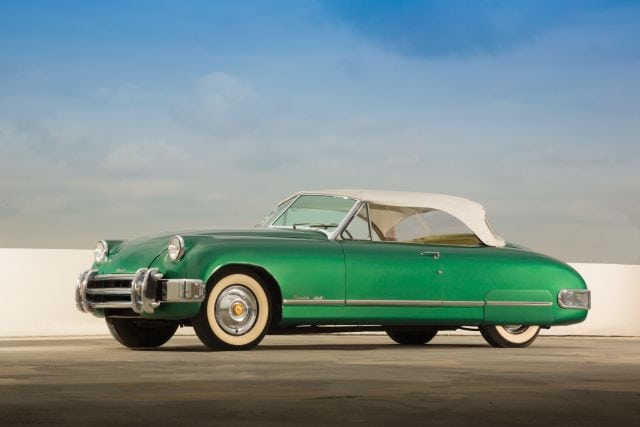 The growing interest of wealthy American buyers for European sports cars in the early â€˜50s inspired some entrepreneurs to produce cars of equal appeal and performance. And one of those attempts was the Muntz Jet Earl “Madman” Muntz built. He was a well-known California used car dealer and electronics retailer. With the help of the famous Frank Curtis, he produced 400 Muntz Jets. And they were one of the first American sports cars.

All the cars were convertibles. They featured numerous unique features, along with the choice of Cadillac or Lincoln V8 engines. Unfortunately, the market wasn’t ready for an expensive, limited production American sports car. So in a couple of years, they discontinued the Muntz Jet. Out of approximately 400 cars they built, there are only about 45 left today.