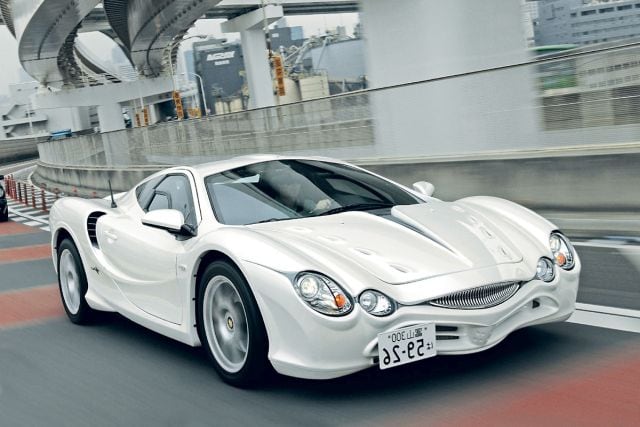 One of the world’s most obscure supercars comes from Japan in form of the Mitsuoka Orochi. It is a groovy looking two-seater with Lambo doors and a controversial design. The Mitsuoka Company was famous for building restomod cars using regular models. But in 2006, they entered the supercar market with the highly-exclusive Orochi.

They named the car after the mythical Japanese dragon with eight heads that influenced the design. The Orochi is a regular production model that looks like a dragon-like creature from somebody’s worst nightmare. They based the Orochi on the Honda NSX platform. It comes with Toyota’s 3.3-liter V6 engine with 240 HP.

Those numbers may not sound like much, but the car is light and nimble, so the performance is exceptional. They never intended to sell the Orochi outside of Japan or other Asian markets, and especially not in the U.S. They only made this car in a right hand configuration and Mitsuoka is not interested in foreign buyers.