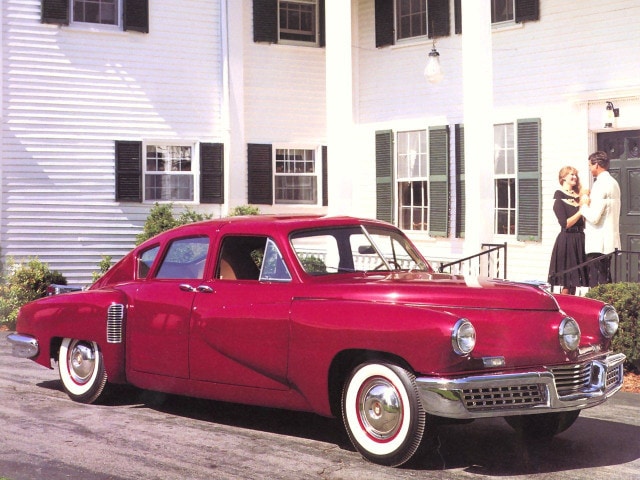 To be perfectly honest, the Tucker Car Company never got the chance to fight its competitors. That was because they shut it down even before it could establish full-scale production of their revolutionary model, the Torpedo. They established the Tucker car company in the late ’40s. Soon, they presented a fully functioning prototype that made the rest of the cars from Detroit look terribly outdated.

The Tucker Torpedo featured numerous innovations like safety glass. Better yet, it had a central headlight that followed the movement of the steering wheel. Also, it had a roomy interior and engine in the back with lots of power and torque.

However, the Tucker Torpedo was so advanced, the Big Three, Chrysler, Ford, and GM, were afraid that it would cripple their market share. So, while Tucker prepared for full-scale production, the Big Three prepared to set them up with a lawsuit to stop production and sink the company. 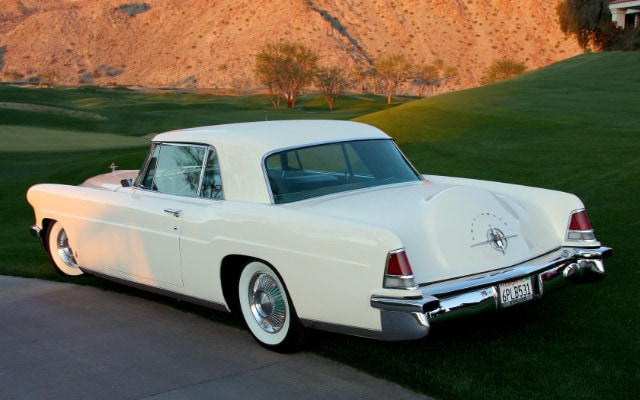 If you think Edsel is Ford’s only failed luxury attempt, think again. In the mid-50s, Ford decided to establish a separate brand they named the Continental Division. They wanted to produce new, luxury cars positioned above the Lincoln brand. The first and only car they build was the famed Continental Mark II, which they introduced in 1955.

Ford wanted to present a superb luxury coupe with the finest technology and comfort. They planned to market it as a separate brand. The idea sounded great, but the market response wasn’t. They shut down the Continental Division in just five years. That followed the disappointing sales of the Mark II coupe, even though it was one of the finest American cars they ever made. 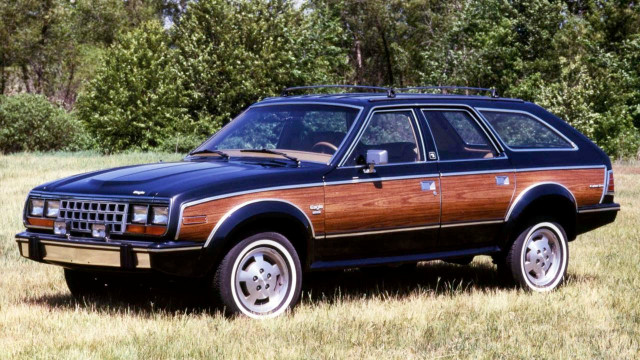 They established the American Motors Corporation in 1954 when Hudson and Nash merged to create a new corporation. From the start, AMC concentrated on the economy car field. So, for a few decades, this company was a tough competitor to the Big Three with numerous small, affordable models with good sales. In fact, they were quite common on the American roads. Constantly trying to invent something new to stay profitable and relevant on the market, AMC presented many memorable models.

They included the well-known AMC Gremlin, Hornet and Pacer. They also built the infamous muscle duo, the Javelin and AMX. However, most people consider the AMC Eagle to be their greatest hit. And that is because it was a well-engineered model that sparked the modern trends of the car industry. The Eagle was one of the first, if not the first crossover model in the world.

But it is only today that people can see how important and influential this car was. As expected, the Eagle was a relatively popular car, especially in areas with harsh climates and long winters. AMC even produced coupe, wagon, compact and convertible versions of the Eagle, all with AWD systems as standard. Unfortunately, AMC was losing money elsewhere and was forced out of the business in 1987, which meant the death of the Eagle, as well. 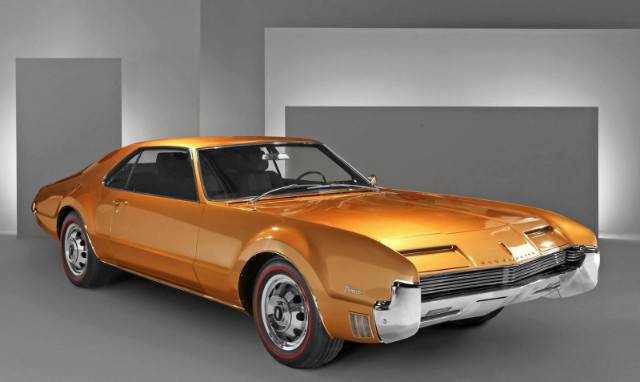 Oldsmobile was one of the oldest car companies in the world. They founded this legendary brand in 1897 and discontinued it in 2004. Over the years, there were over 35 million cars they produced under the Oldsmobile name. And more than a dozen of their legendary nameplates are valuable classic cars today. The Oldsmobile brand was also famous for its inventions and new technologies.

In fact, Olds could rival Cadillac with some of their luxury models. The list of Oldsmobile’s greatest hits includes the first muscle car in form of the 1949 Rocket 88 and their bestselling Cutlass line, the first turbocharged car in the world. They also offered the 1962 Jetfire and the legendary Oldsmobile 442. However, the top pick is the gorgeous Oldsmobile Toronado. This was a big, powerful personal luxury coupe with a twist since it had front wheel drive.

In those days, only a few imports came with front-wheel drive, while all domestic cars, regardless of the class or engine, had rear wheel drive. However, Oldsmobile wanted to introduce something different, so they constructed the ingenious FWD system. Designers drew a fantastic looking shape with low roof and hidden headlights, while the power came from a big block 455 V8 with 385 HP. 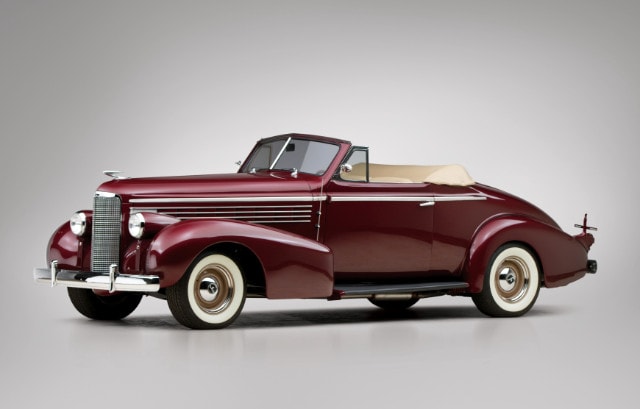 General Motors presented La Salle in 1927. It was a luxury brand they established to fill the market gap between Cadillac and their more common brands like Buick or Oldsmobile. La Salle was under the control of Cadillac, so they developed it alongside. The concept was fairly successful, so the La Salle was a relatively popular model.

The big part of its appeal was the design and technology. Car buyers got a baseline Cadillac for less money, which appealed to a wider audience. However, by the end of the â€˜40s, General Motors realized that having several brands covering the same market segment wasn’t practical, so they decided to kill the brand. 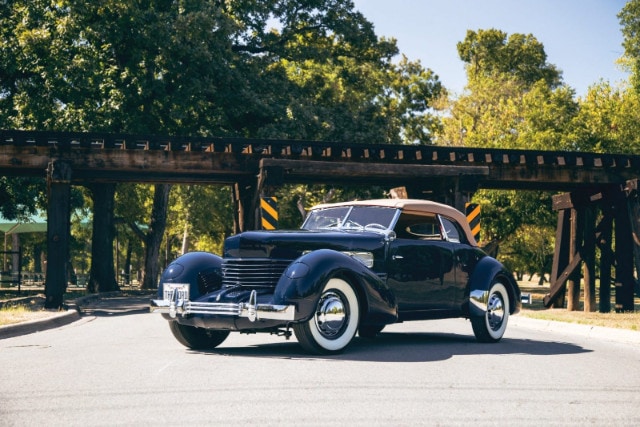 Despite being involved with Duesenberg and Auburn, Errett Lobban Cord was a successful car salesman and businessman who had the dream of building cars under his own name. So, in 1929, he established a company he called Cord, introducing his first model, the L-29.

Cord’s philosophy behind his cars was simple: Offer advanced technology, powerful engines, and gorgeous designs. The L-29 had bodies the finest coachbuilding companies produced with one interesting feature, front wheel drive. In those days, the FWD layout was unheard of, so Cord was the only manufacturer in the world with this drivetrain.

But the most famous Cord was the fantastic 812, which featured Art Deco styling, front wheel drive and a powerful V8 engine. Unfortunately, despite being a favorite ride of the Hollywood elite, Cord was forced to close its doors in 1937. 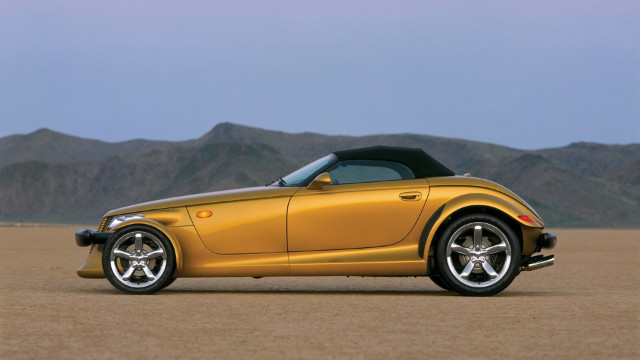 Starting in 1928 and ending in 2001, Plymouth is still quite common on American roads. This company started as an economy car brand for the newly founded Chrysler Corporation, which produced luxury models. However, they needed an affordable brand. During its production, the Plymouth became famous as dependable models with nice designs.

Apart from building countless family sedans and wagons, Plymouth was famous for its performance cars, especially during the â€˜60s and muscle era. The Hemi Cuda, Roadrunners and GTXs were all the rage, but there was one misunderstood model that was their brave attempt to produce a factory hot rod.

In 1997 Plymouth presented the Prowler. It was a retro-futuristic roadster with a V6 engine and fantastic looks. A follow up to the Viper, the Prowler was the hit on the show circuit, so Chrysler wanted to capitalize on that. Despite having initial success, the car proved to be a failure. And that was mainly due to the fact that customers expected V8, not V6 power. 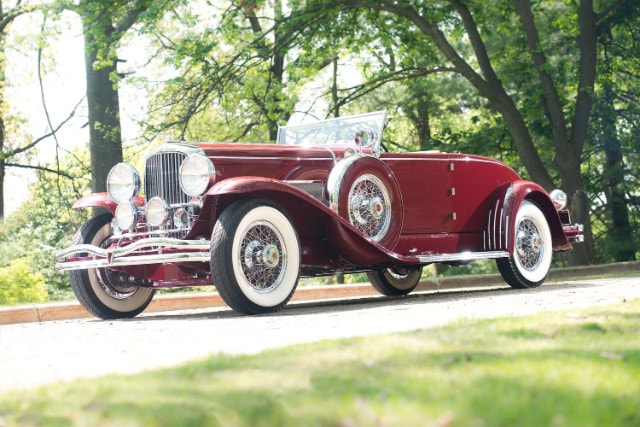 Despite being on the market for only 24 years, from 1913 to 1937, Duesenberg left an everlasting mark on the American and global automobile industry. In fact, this brand was so fantastic that even today, 80 years since it was gone, people still recognize the name and the legacy.

Affectionately called “Duesy,” Duesenberg was responsible for some of the greatest American-made cars of all times. The idea behind the brand was to offer luxury, bespoke cars with powerful engines and uncompromised performance. Back in the day, there were plenty of luxury brands, but none of them paid much attention to performance.

However, Duesenberg did, and the heart of most models were those fantastic straight eight engines, which they hand-built. And they were super-fast for the day. In fact, the SSJ models that featured supercharged engines delivered a whopping 320 HP. 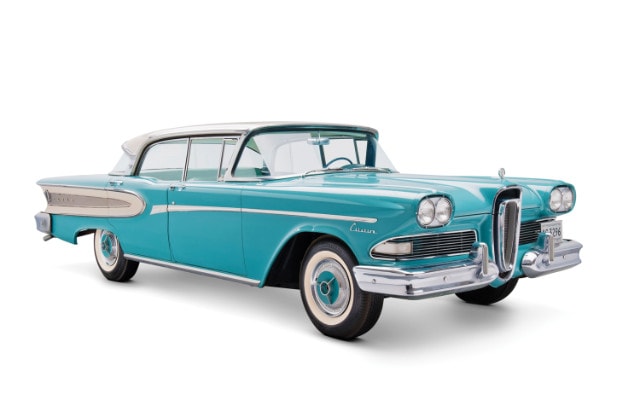 The Edsel story is one of the biggest commercial failures in the car business, even by today’s industry standards. In the late ’50s, Ford launched the Edsel, an upscale brand they based on Ford and Mercury models they planned to compete with Oldsmobile and Buick.

But when they officially presented the car in 1959, people were puzzled. After promising sales in the first few months, the interest of buyers simply disappeared, so Ford struggled to sell the Edsel cars. In 1960, after just two years on the market, Ford killed Edsel. So, what was the problem with the Edsel?

Quite simply, it was the hype that was the problem. Ford invested so much money to present the Edsel as a fantastic new car with unrivaled features and power, that people were expecting something special. Instead, they got an upscale Ford with a funny design. So, when the market realized that, the demand disappeared. 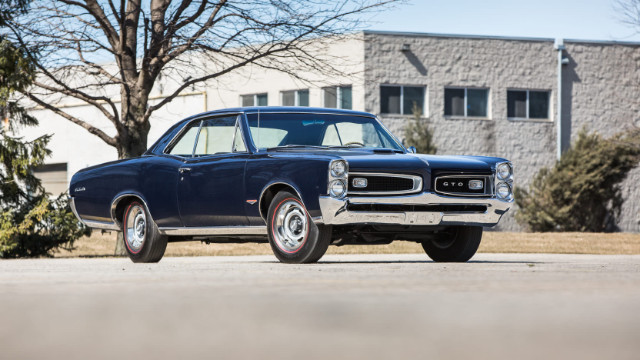 They founded Pontiac in 1926 as a part of GM’s Oakland Division. Pontiac was just the economy version of Chevrolet. For decades, Pontiac served as a boring part of the GM lineup. But, then in the late â€˜50s, Pontiac started exploring the performance market with a series of powerful cars, bold designs and performance versions.

Suddenly, Pontiac was the hottest brand in GM’s portfolio and hit among car fans. And that is how the legendary GTO was born as the first proper muscle car. Best of all, it was Pontiac’s biggest hit by far.

Pontiac presented the GTO in 1964 and discontinued it in 1974. The GTO was a car that created the muscle car market and culture. But even though Pontiac is gone, the magic of the GTO and other Pontiac muscle car models will live on forever. 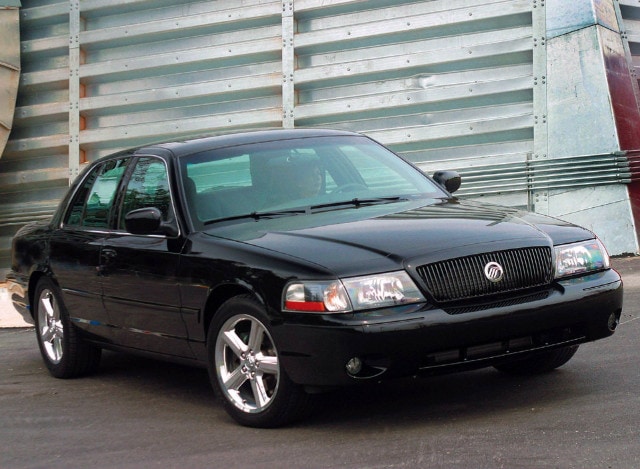 Established as Ford’s answer to Buick and Chrysler in 1938, Mercury was always about producing an upscale version of Ford products. Concentrating on the luxury market, Mercury was the link between economy Ford and upscale Lincoln products for decades. However, with the changing car market, Mercury was not profitable anymore. So, Ford made the decision to kill the brand in 2011.

Even though they always based those Mercury models on similar Fords, the company had the freedom to create its own cars with distinct flavors, much different than comparable Fords. Most people knew the Cougar or Cyclone models, but the Marauder was one of the last great Mercury models. In fact, it was a true four-door muscle car. Based on the boring Grand Marquis, which they never intended to be a performance car, Mercury turned it into one by installing a highly-tuned 4.6-liter V8 with 302 HP.

And then they added a revised suspension, gearbox and brakes. All those changes turned this sleepy and comfy sedan into a sharp muscle car. The black paint, one of three colors available, gave the Marauder its menacing looks and aggressive stance. And all that clearly differentiated it from its more sedate cousins.

These are the 20 defunct American car companies and their greatest hits. Do you remember any of these? Although some were failures, while others soared yet faded fast, they most certainly left their mark on the American automobile history books.