20 Best Selling Cars of All Time

Ever since the first automobile rolled off the assembly line, the car industry has produced more and more cars each year. It is estimated that in the last 133 years of car production, they’ve made approximately one billion cars. In fact, the global car industry pumps out millions of cars each year. And yet, there is still a big demand for all kinds of vehicles throughout the world.

So here is a list of the 20 best selling cars of all time. It is interesting to see which cars made the cut. Some models achieved top status over the course of several decades, while others sold in astronomical numbers in a short time or without major changes to their original designs. So, keep reading to learn about 20 of the world’s best sellers of all times. 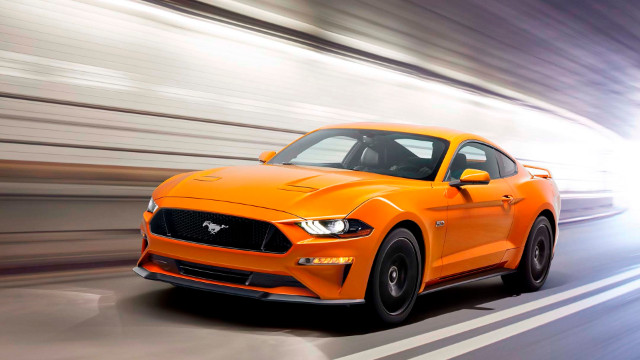 In 2018, Ford and the Mustang reached an important milestone: the 10th millionth car. Interestingly, it was a white convertible with a V8 engine that was almost the same as the original car they built way back in 1964. It is an impressive achievement as well as a unique moment for Ford and all Mustang fans from all over the world. 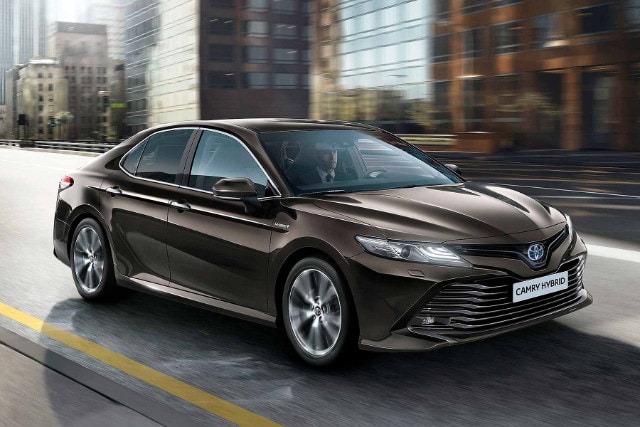 Since the Camry’s 1982 introduction, Toyota has managed to sell over 10 million copies worldwide, most of them on the American market. What is the secret of its success since the Camry is famous for being a dependable yet dull car? That’s exactly why since the Camry is for people who are not car enthusiasts.

It is for those who want basic transportation that’s high-quality and comes with decent performance and equipment. And apparently, there are millions of such buyers all over the globe. 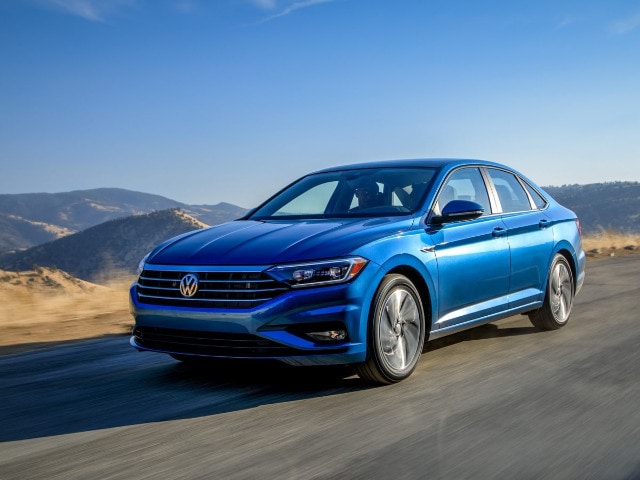 Volkswagen scored big with the Golf but realized they needed a sedan to fill the gap between the Golf and Passat. So, in 1979, the Jetta was born and it was basically just a Golf with a trunk. However, it proved to be successful, selling all over the world with different names, but the same technology. So far, it has sold in over 10 million copies. 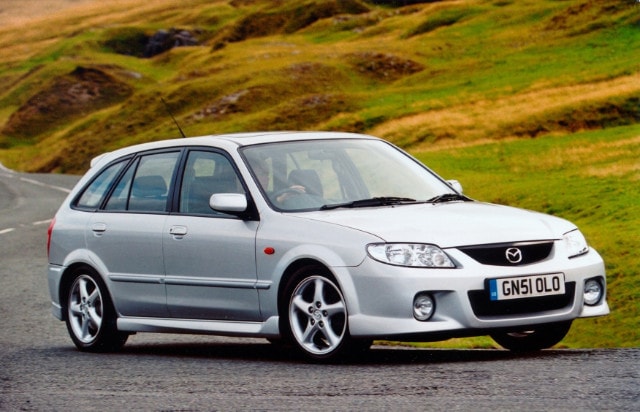 Mazda introduced the 323 in the early â€˜60s as a compact family car, which it still is, over 50 years later. In the early 2000s, they replaced it with the Mazda 3, which was just a name change. But basically, it is the same product that occupies the same market share. Buyers all over the world loved the 323 and that is why Mazda managed to sell over 10 million cars. 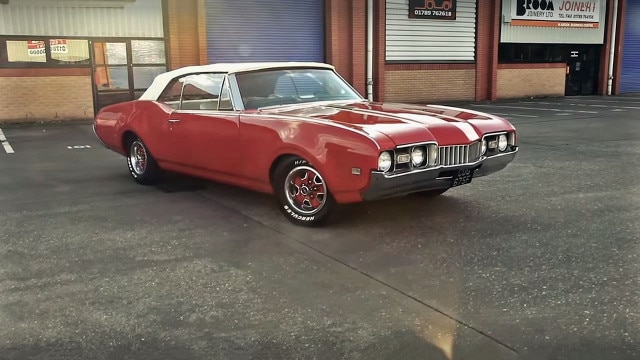 Even though General Motors discontinued the Oldsmobile brand was discontinued in the early 2000s, their venerable Cutlass model still makes the list of best-selling cars of all time. From the early â€˜60s until 1999, the Cutlass was a mid-size model popular with buyers all over America and Canada. During the â€˜70s and â€˜80s, it represented the majority of Oldsmobile sales. And that is why the company produced and sold 11 million of them. 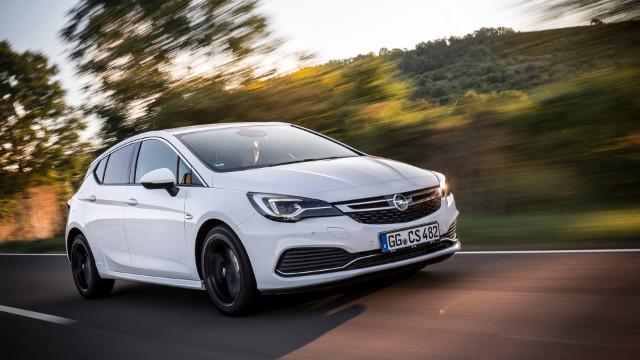 Virtually unknown in the states, the Opel Astra, which they sold as the Vauxhall in the UK, is one of the Opel`s best-selling models of all times. The Astra replaced the venerable Kadett nameplate, which was in service since the late â€˜30s. Opel presented the Astra in 1991 as a modern compact family hatchback or sedan, and it is still in production. In fact, they unveiled the fifth generation Astra in 2015. 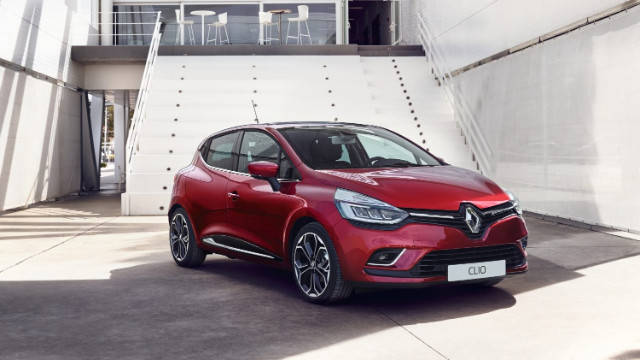 The Renault Clio is a compact mini hatchback common on most European roads they produced in 12 million examples. Renault exports this car is all over the world, but not in the USA. They introduced it in the early â€˜90s as a replacement for the venerable Renault 5. It brought much-needed modernization to the segment. Renault produced several generations of this model and numerous different versions including a few sporty and performance variants. 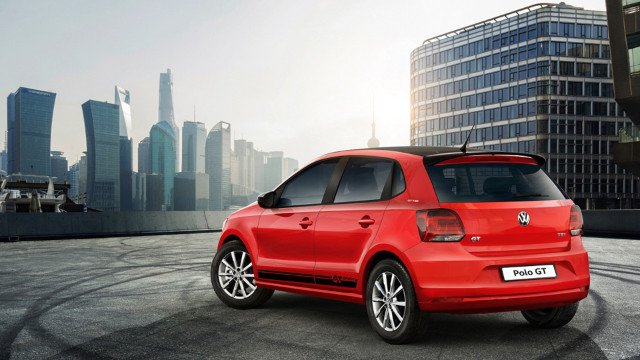 In the U.S., they have the Golf, but in Europe, the Polo was the smallest and most affordable Volkswagen model. They first presented it in the â€˜70s, and the Polo is in its sixth generation. It comes with lots of cool features, versions and even a proper GTI variant. The combination of dependable Volkswagen mechanics, decent engines and lots of features have made the Polo a favorite with the customers all over the world. 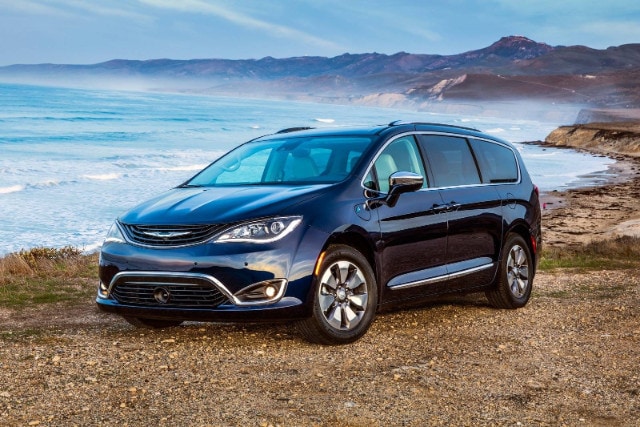 The first minivan was the Chrysler Town & Country. And it proved to be the right car for the time and the world’s first mass-produced minivan. The model established the minivan class and became the first Chrysler sales hit in decades.

Also, it was the perfect car for suburban America, replacing those big, thirsty station wagons and preceding the SUV craze of today. The Town & Country proved to be influential and revolutionary and is still in production today. 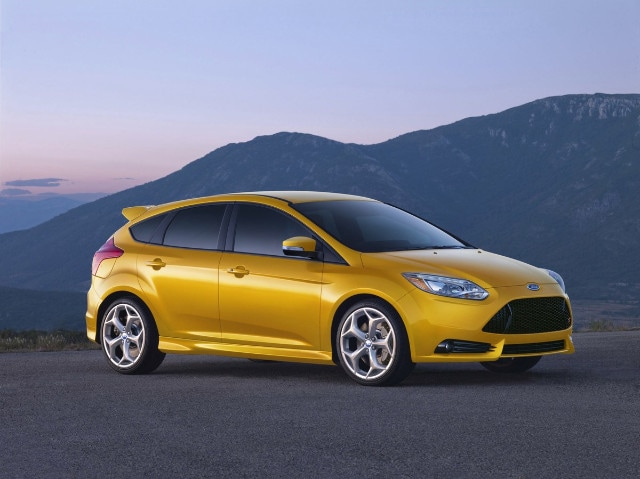 Currently in its fourth generation, the Ford Focus has proven to be a successful and influential car. Ford presented the Focus in 1998 to be a global vehicle they would sell everywhere with minimal differences. The Focus Mk1 was equally at home in Europe, America or South Africa. However, Ford plans to sell the latest generation everywhere except in America, which is a big shame since America loves the Focus as much as Europe does. 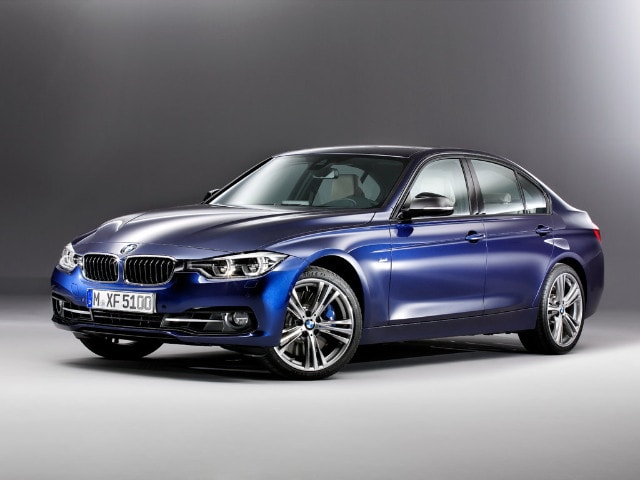 The first BMW 3-Series was the legendary E21, which they introduced in 1975. With this car, BMW revolutionized the compact performance market presenting a vehicle with a moderate price and lots of driving excitement. Fast forward 44 years and nothing has changed. Currently, in its seventh generation, the BMW 3-Series still represents the best compact executive car on the market. And that is why they sold 14 million of them. 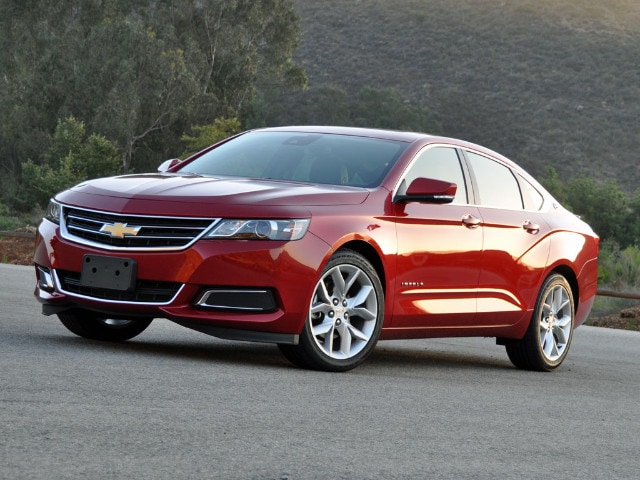 Chevrolet introduced the Impala in 1958 as a top of the line trim on their full-size models. In fact, the Impala is one of the most legendary car nameplates. For decades it was synonymous with those big four-door sedans. Even today, the Impala is a classic sedan with lots of space and power. Despite the fact that SUVs have killed the sedans, the Impala is still on the market and it will probably sell over 14 million units. 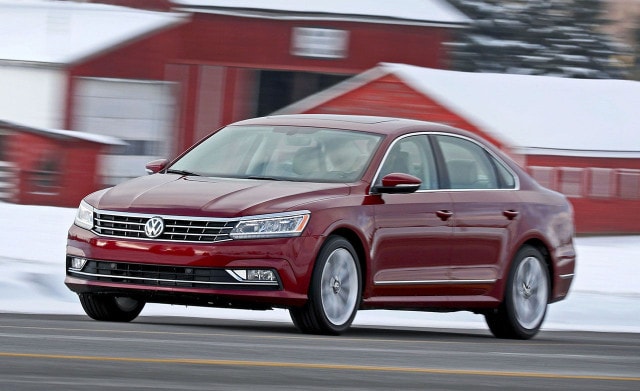 Back in the late â€˜60s, Volkswagen had the Beetle and its variants in the form of the TL or van, however, the company wanted to go further. So in 1973, they introduced the Passat. It was a modern sedan with inline four cylinders, front wheel drive, and modern design. It marked the rebirth of the company and the first modern car in decades. Today, 46 years later, the Passat is still one of the best-selling VW models globally. And so far, it has managed to sell in over 15 million units. 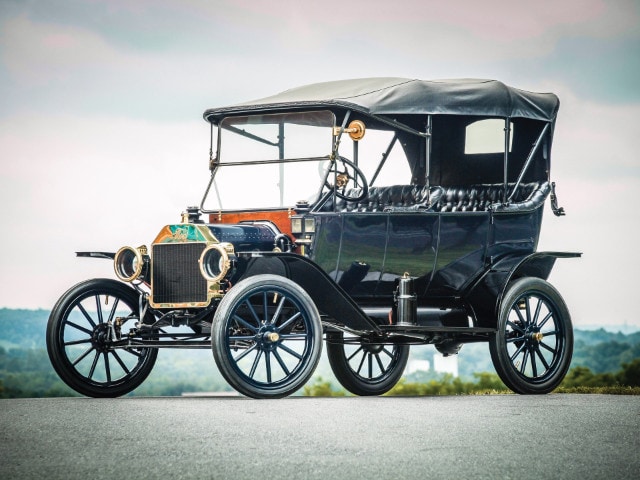 There are not enough words to describe the importance of the Ford Model T in automotive history and the car culture. This was the car that singlehandedly created the car world in 1908. The Model T was the first truly mass-produced automobile with Ford building over 15 million of them until 1927.

Also, it was a car that motorized the world, creating the foundation for the modern car industry with assembly plants in foreign countries and on other continents. When they presented the Model T in 1908, the world was still using horse-drawn carriages. But by the time Ford discontinued it in 1927, the automobile age had successfully started. 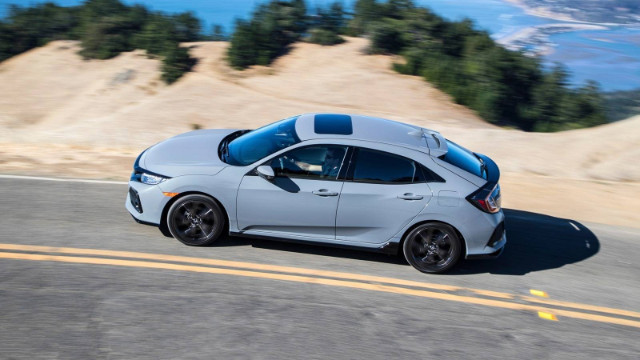 Even though it wasn’t the first Japanese car to become popular, the Honda Civic managed to evolve in a very interesting way and become a true icon of the industry. From its humble beginnings in the early â€˜70s, up to today’s landmark status, Honda has managed to sell over 19 million units worldwide. Civics have always been quality cars for the price. Also, they come with decent equipment and engines, and a respectable overall quality. 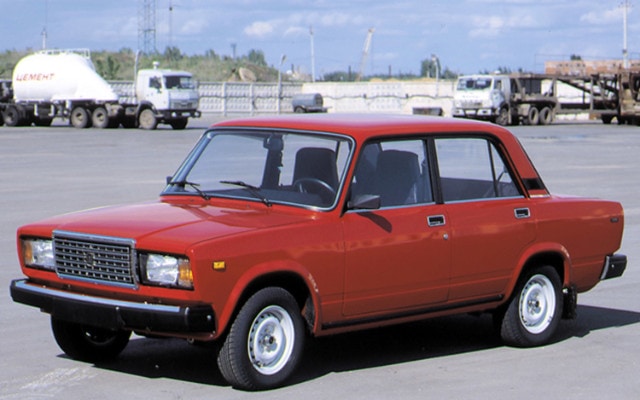 This is the most interesting item on this list since it is one of the cars you wouldn’t normally associate with extreme sales numbers. But in fact, the Lada Riva or VAZ 2101 is one of the best-selling cars in the world. They introduced it in 1980, basing it on an old Lada 1500, which was a copy of an old Fiat 124 Sedan. And this model is still in production today.

Over the decades the car hasn’t changed, still retaining its recognizable boxy shape. Lada managed to sell it worldwide, but most of their production ended up on the domestic Russian market. 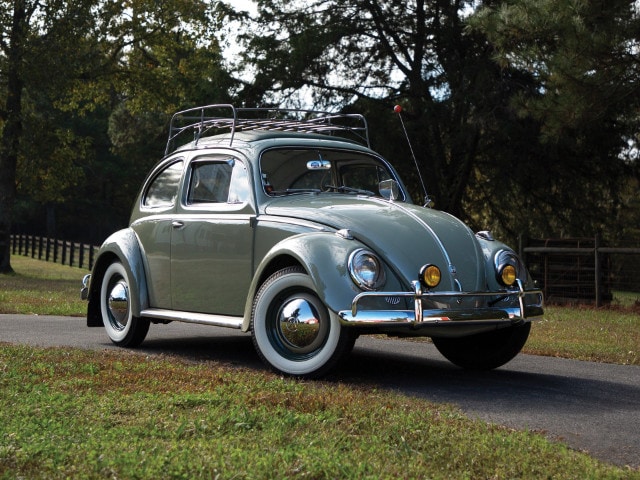 Despite its dubious beginnings as a propaganda gimmick for the German Nazi party, the Volkswagen Beetle became the car of the hippy movement. In fact, it’s the best-selling car in the world as well as the symbol of Germany’s rebuilding efforts. In just a few decades, this little economy car went from having Swastikas on the doors to transporting millions of peace-loving hippies to rock festivals.

Officially, the production of the VW Beetle started in 1938 and ended in 2003. During that time, they built more than 22 million cars in 14 countries around the globe. The Beetle was truly the first global car in terms of popularity, affordability and presence. 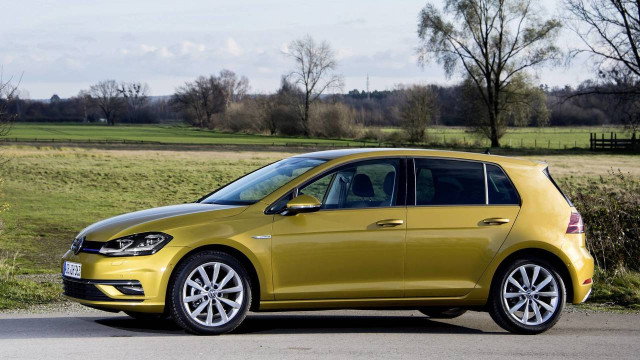 Although the Beetle may have created the Volkswagen as an industry giant, the Golf was what moved the company into modern times. Volkswagon introduced it in 1976 as a modern, compact family hatchback. In fact, the Golf had nothing to do with the old Beetle. Everything was new, improved, more modern and much nicer. Today, over 30 million examples and 43 years later, Volkswagen still tries to provide the same qualities to its customers all over the world. 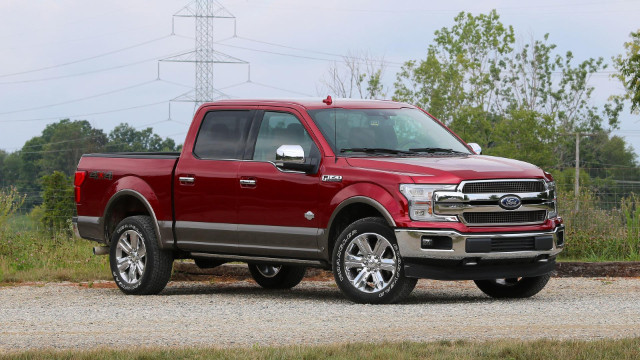 Among dozens of pickup models they produce in this country, there is one nameplate that has been the definitive symbol of quality, durability and tradition for over 70 years. And that is the Ford F-Series truck. Produced in 13 generations, over 35 million examples and countless different variants, the F-Series is the definitive American pickup.

Over the years it has evolved from a rugged workhorse into a lifestyle model. There is even a performance vehicle with the Lightning and Raptor versions. However, it is still the best-selling pickup as well as one of the best vehicles of all time. The F-Series is a true piece of Americana on four wheels. 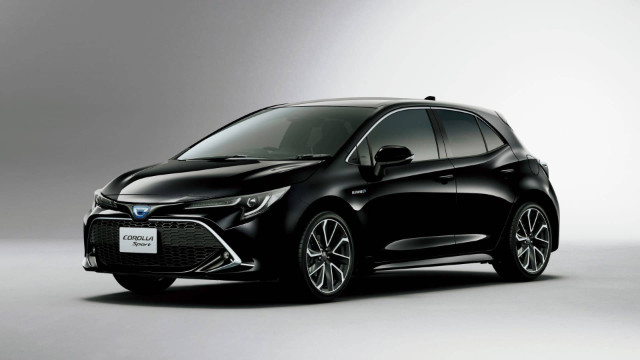 The Toyota Corolla is the world’s bestselling car with Toyota building over 43 million of them since 1966. This amazing achievement is just a testament to the effort Toyota put in this model. They have produced countless versions, generations, and models for many different markets.

Although most critics will point out that the Corolla is just a basic dull car for people who don’t know better, it is still amazing how one company managed to produce 43 million examples of them over the course of 53 years.

These are the 20 best selling cars of all time. Do you own one of them? If not, perhaps you should consider buying one of these top sellers. They have proven themselves to be dependable and high-quality vehicles for years.