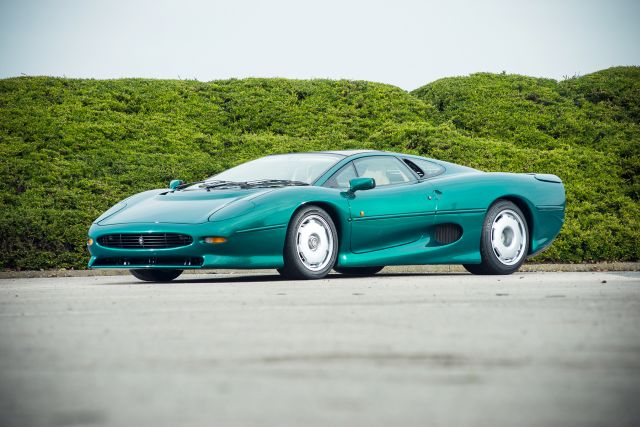 The story of the XJ220 is a strange one. Jaguar conceived it in the late 80’s as their first road-going supercar and it looked promising. The concept car and the first prototypes had Jaguar’s V12 engine, but they tuned it to produce a higher output. However, halfway into development, they decided to install a new 3.5-liter twin turbo V6 unit delivering 542 HP.

The design of the car included flowing lines along with a wide stance to emphasize performance and speed. When Jaguar released it, the XJ220 was the world’s fastest road model, but it came with an enormous price. Despite the hype and the wealthy customers waiting to buy it, several delays in production and the lack of a V12 affected the market.

Eventually, they built less than 300 of them. They named it the XJ220 because it could top 220 mph, but they never officially sold it in the U.S. Now is the chance to bring one of those misunderstood beasts to our shores.