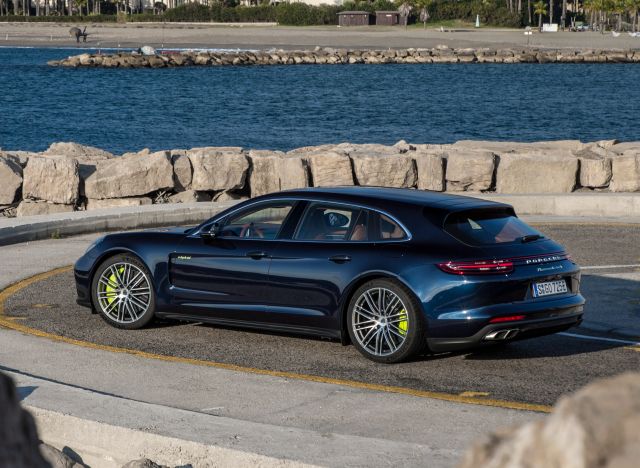 Behind this lengthy name hides one of the most controversial cars of today and one of best luxury cars on the market. It is also the most powerful station wagon and one of the nicest Porsches money can buy. This may be confusing, but the Panamera caused quite a media attention when they presented it as the first Porsche sedan. But soon it proved it was worth the name and Porsche fans grew to accept it for what it is.

For its second generation, Porsche offered the Sport Turismo model. It is an elegant station wagon with a slightly different rear end, just enough to be a wagon. Porsche also offers the Panamera Sport Turismo as a Turbo S, along with a hybrid drivetrain, combining practicality, advanced technology, old school power and luxury.

So, what makes this a crazy fast station wagon? It’s the amazing specs. The combined output of its gasoline and electric engine is 680 HP, which goes to all four wheels for superior traction. Despite weighing over two tons, this Panamera is capable of a mind-blowing 3.2 seconds 0 to 60 mph time. This is faster than many current sports cars, easily making this futuristic vehicle the fastest production station wagon the car industry ever made. 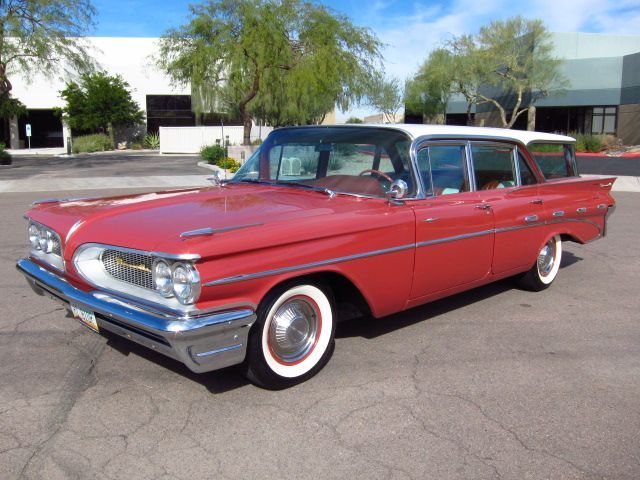 One of the coolest American station wagons is definitely the late 1950s Pontiac Bonneville Safari. Interestingly, Pontiac always named its long roof models “Safari,” which made them special compared to similar GM products.

One of the things that made the 1959 Bonneville Safari so desirable is the 389 V8 with 300 HP. That engine is what transformed this family cruiser into a proper station wagon muscle car. 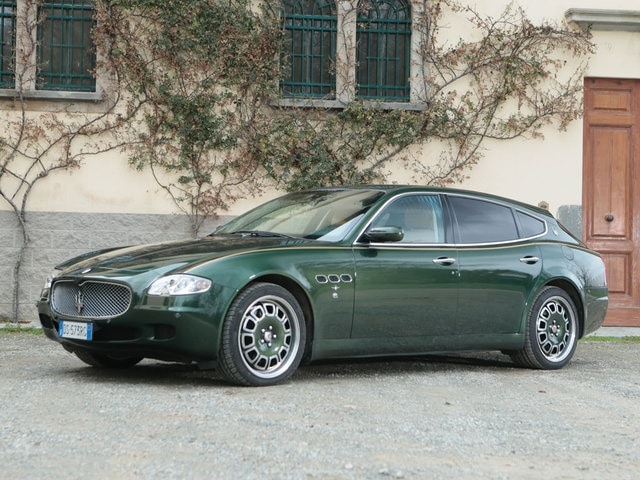 One of the best luxury sedans that money could buy was the elegant Maserati Quattroporte. As all other cars in that class, Quattroporte is available only as a sedan. But in 2009, the famous Italian design house Carozzerria Touring presented an exclusive series of special wagon versions they called the Bellagio.

They built it on the base of a standard Quattroporte, so the Bellagio Touring had the same 400 HP engine. Also, it had an elegant interior and flowing lines but with a modified rear end And there was significantly more space in the back.

It is unclear how many they built, but some experts claim the total number was around 10 cars. But this Bellagio could outrun many sports cars and still look cool doing it. 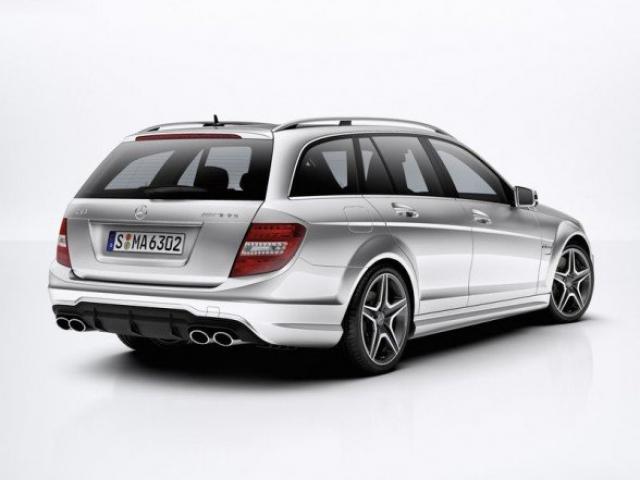 Everything with AMG letters on the back is lightning quick. But, the C63 AMG Wagon is one car that belongs on this list. With its compact dimensions, almost stealth look, brutal performance and over 450 HP going to the rear wheels, this car is the definition of a muscle car.

The heart of the C63 is AMG’s glorious 6.2-liter V8 engine that sounds as good as it goes. With 451 HP and its fast-shifting automatic transmission, this car can achieve 60 mph in less than four seconds. Interestingly, the C63 came in a station wagon, sedan and coupe form. 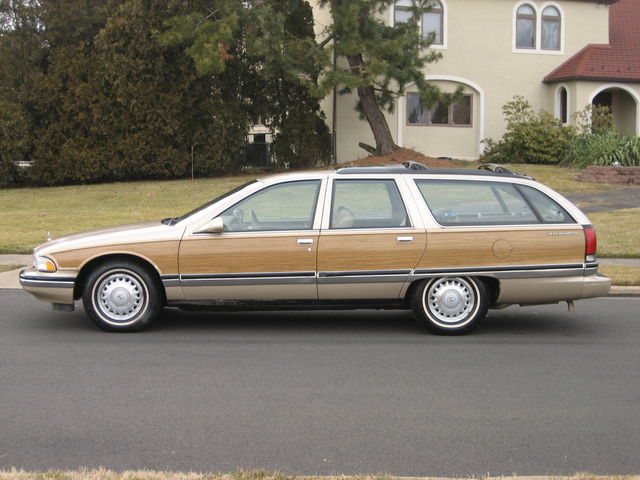 The legendary Roadmaster name returned to the Buick lineup in 1991 after a 33-year hiatus, gracing the freshly styled luxurious sedan and station wagon models. However, the car was basically the same as other offerings from General Motors in the same class.

But the Buick engineers found a way to install a Corvette LT1 5.7-liter V8 engine into Roadmaster’s engine bay. So the LT1 had 300 HP in the Corvette, but in the Buick, it had 260 HP. And that was more enough to turn this heavy wagon into a proper hot rod. 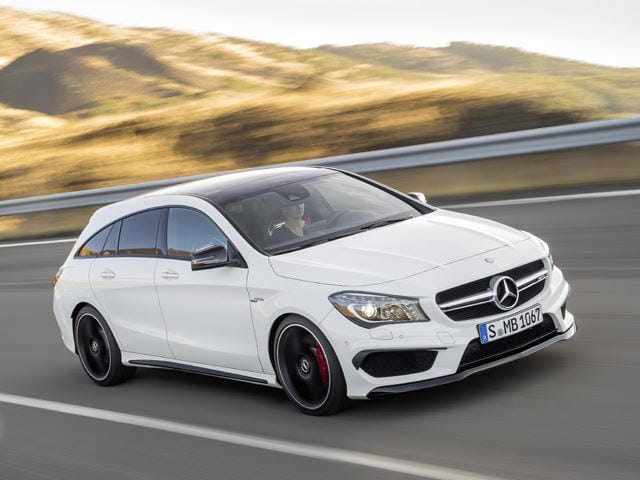 The CLA 45 Shooting Brake is a compact wagon with an angry 2.0-liter four-cylinder turbocharged engine and all-wheel drive. This combo, along with 381 HP produced astonishing acceleration times and brutal driving dynamics.

Although this is a relatively small car with not as much interior space as you would expect, it is still capable of carrying a significant amount of luggage. And it can still beat a few sports car in those stoplight drag races.

Plymouth never officially sold the Roadrunner Wagon but some enthusiasts have converted quite a few cars. They built the Roadrunner on the Belvedere platform. This meant that every panel fit. So, some crafty muscle car fans took the ordinary Belvedere Wagon and put a Roadrunner front end on it.

Of course, the conversion wouldn’t be complete if the wagon retained the Belvedere drivetrain. So, they installed the Roadrunner engine, suspension and components, creating one of the fastest station wagons available. Some people even installed a Hemi engine to produce the fastest family cars in the world at the time.

These are the top crazy station wagons that are faster than a sports car. They can change any driver’s perception of what a station wagon should be. Be sure to get one of these vehicles if you’d like to shock other drivers at the stoplight.