10 Terribly Parked Cars That Will Make You Question Humanity

How do these people pass the driving test?!?

Parking a car is not difficult to do, regardless of what people may think. That might sound like a brash statement, and perhaps there are exceptions when terrain and other conditions make it challenging. Still, it’s definitely not rocket science.

Obviously factors like driver ability, age, disabilities etc. can also play in to bad parking. Even with all these variables considered, some of these parking fails are simply unacceptable.

Have standards dropped for passing tests? Maybe, maybe not, but there seems to be a growing epidemic of people who simply can’t park cars. 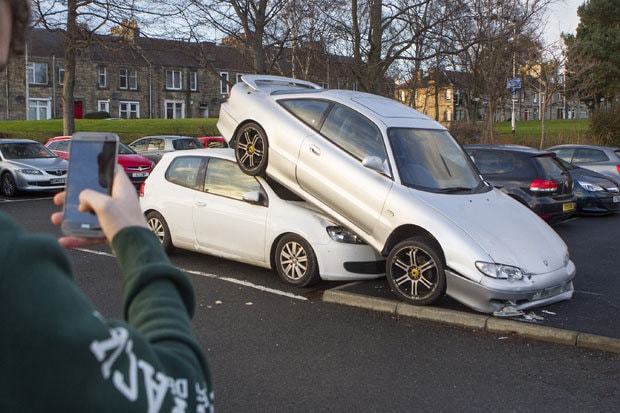 Assuming the guy on top was the one doing the fatal parking, this is quite literally ridiculous. As this happened outside a train station in the UK, we can only guess the driver was running late and really needed to catch he train. Choo choo motherf*ckers. 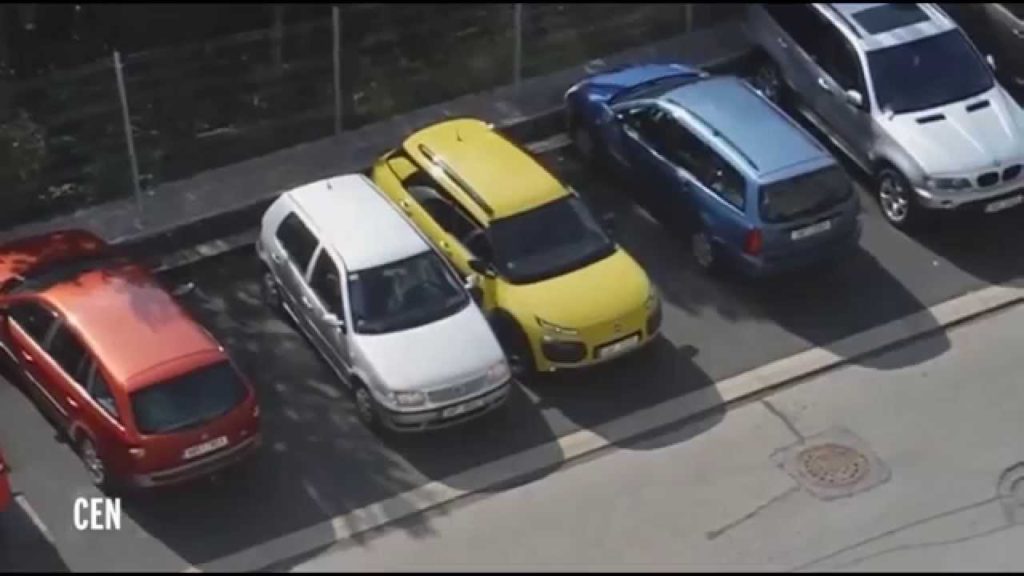 This may not appear to be among the worst parked cars ever, yes it’s extremely tight, but in comparison to the other wrecks it’s not all bad. Well, once you realise how the car came to be in this position, you might change your mind.

Watch as the oblivious blonde fails at parking in a space that should leave half a metre on either side of her Polo: 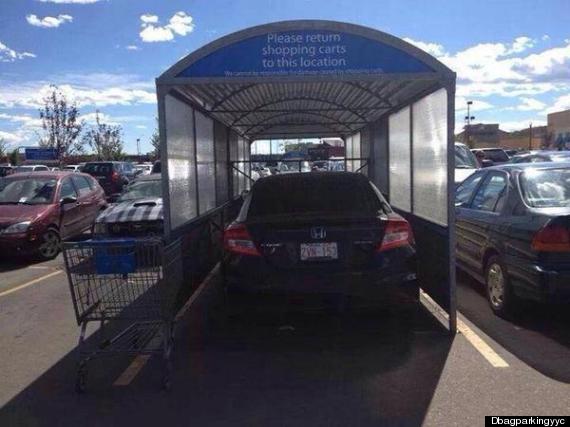 All the way from Calgary, Canada is the Honda that thinks it is a shopping trolley. Although the comprising parts may be of similar quality, they are not the same type of object.

Perhaps it would be understandable if it was hailing golf balls, but realistically there’s no excuse for this level of stupidity and ignorance.

And we are only just seeing the tip of the iceberg, folks. Carry on for more. 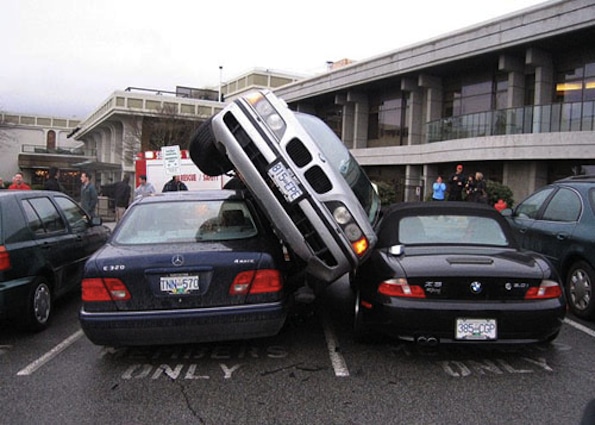 OK, hazarding a guess, I’d bet the people in the Mercedes and Z3 are not members, and the guy in the airborne beemer is. That’s one way to get your point across. 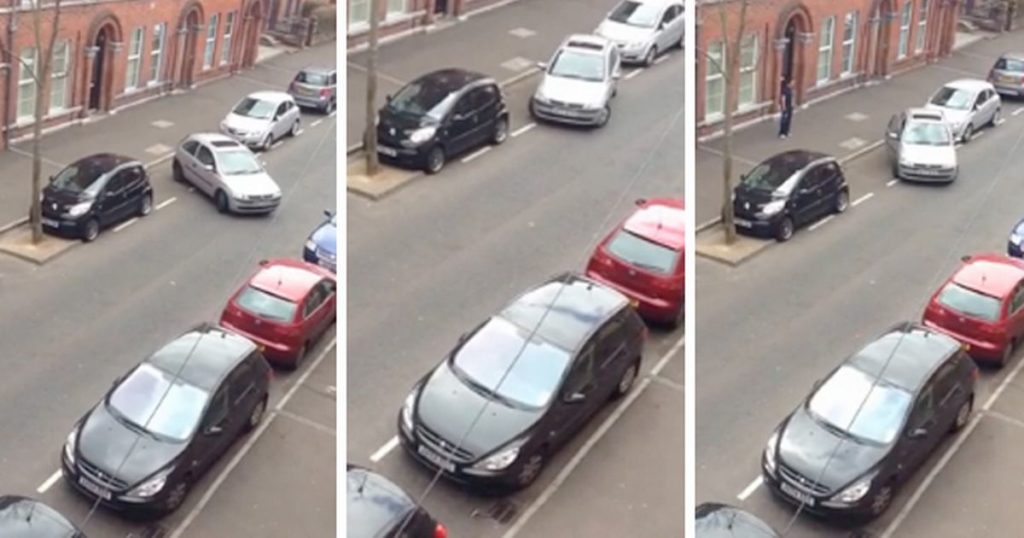 OK, if you haven’t seen this clip before, get ready to laugh very hard. It speaks for itself:

Minimal explanation needed. One car, nothing else in the entire car park apart from that island, and this r-tard totals it. 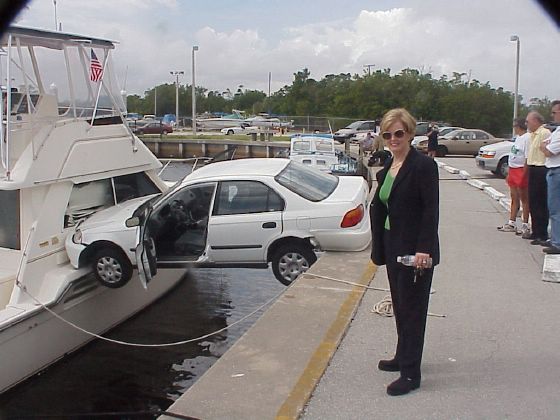 Not entirely sure why, but I hate that woman in the picture.

Not even reversing, this woman seems unable to even direct her car forward properly. 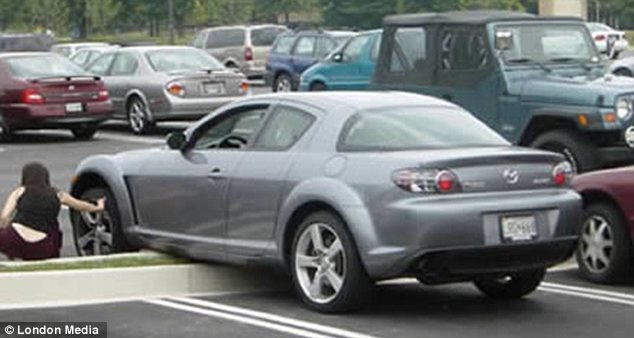 You Don’t Deserve a Car

50 Worst Cars To Come Out Of The New Millennium
POPULARCameron EittreimMay 25, 2022 47: Pontiac G5 We think it’s fairly obvious that Pontiac had given up most hope...
- Advertisement -
Advertisement
Please wait 5 sec.