There comes a time in the automotive industry where the elements of design and imagination cross paths a little too often. Although futuristic and cutting edge design is generally applauded, the lines between imagination and reality are often blurred. What one designer fancies as a beautiful design could be construed as hideous to the general public. In terms of the automotive industry, that dynamic has been witnessed with crossover SUVs. The crossover SUV in itself is a hybrid between the traditional body-on-frame SUV and a sedan. Designers have toyed with the appearance of crossover SUVs to try and retain traditional SUV customers. The result has been a plethora of disfigured-looking vehicles.

This is the attribute that has made the crossover such a massive success. But it hasn’t always been this easy for the crossover to be accepted. There have been quite a few bumps along the way that have clouded the crossover SUV’s reputation, from design flaws to being underpowered in comparison to full-size SUVs that were on the market. But if there hadn’t been these design blunders early on the crossover segment, we wouldn’t have the stellar models we have today. We broke down the crossovers that made waves for their not-so-great looks. Check out the gallery to see some of the most hideous crossovers to hit the market in the last few decades via Car And Driver. 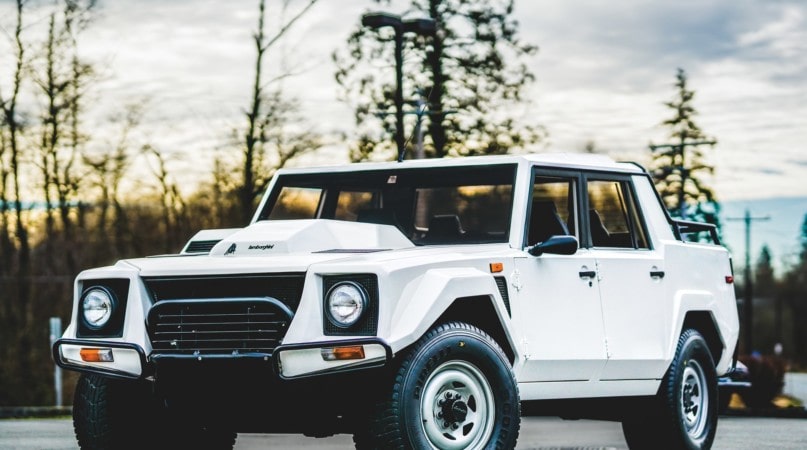 Although the Hummer was made famous during the 90s for its extreme off-road design, there was a similar SUV that came to a while before it. The “Rambo Lambo,” as it was affectionately called, was a crossover Lamborghini. The Lamborghini LM002 was the company’s first SUV ever, and it looks like something straight out of a movie. The vehicle boasted the same engine as the Countach, which was the cream of the crop at the time. The sheer amount of horsepower made the LM002 a breeze to drive, with massive tires that could trek off-road or blaze the city streets. The interior was also quite luxurious at the time, comfortably seating four full-sized adults with no problem. 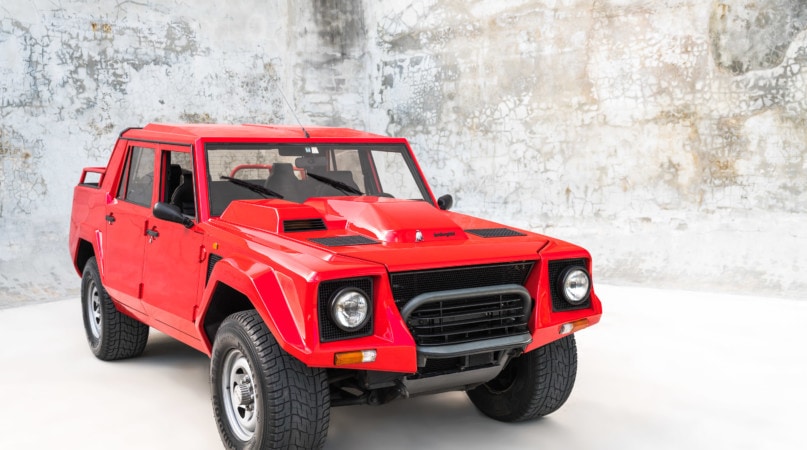 The problem with the LM002 was the hideous exterior. The thing looked like it crawled out of a horror movie. There has never been anything else quite like it on the market. One would think with a car company like Lamborghini designing the vehicle it would have been a little bit more aerodynamic, but no. For some reason, the designers went with this oddball design. Sure, the LM002 was fun to drive, but most buyers couldn’t get over the extreme-looking exterior. To this day, the LM002 still stands out like a sore thumb. The current Lamborghini Urus is not as extreme-looking as its predecessor was. 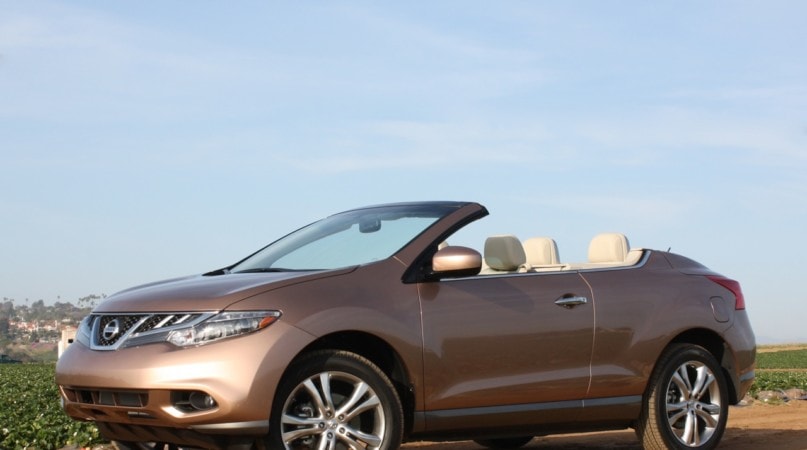 What was said to have been the brainchild of disgraced Nissan CEO Carlos Ghosn? The CrossCabriolet is probably one of the weirdest-looking crossovers on the market. Move over Aztek. The CrossCabriolet was a two-door Murano with its roof chopped off. What made the car look even weirder was the fact that it still had the high ride height of the already-tall Murano. What set the original Murano apart from the crowd was the interesting unique driving characteristics for a crossover SUV. There was no denying that the Murano was one of the most fun-to-drive crossovers on the market. 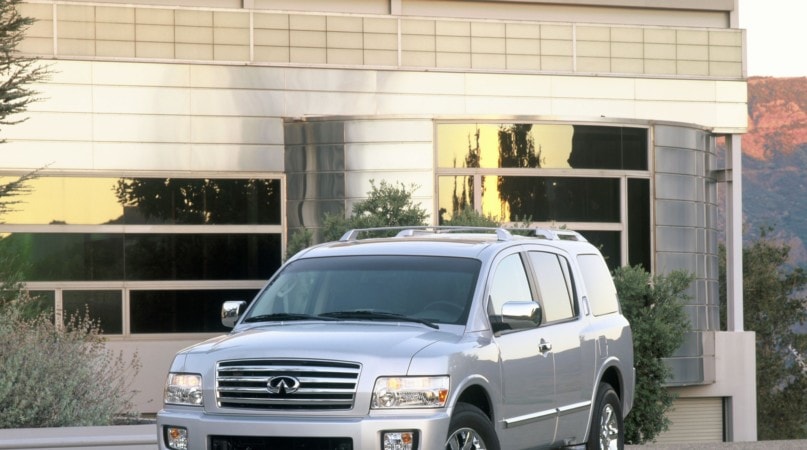 Take a step back to the CrossCabriolet and we were awestruck by what the Nissan team did to this thing. It was in no way as unique as the original Murano. The sheer disaster that was the topless styling looked like the designers were inspired by the Ford Bronco. The CrossCabriolet has enjoyed a sort of cult following in recent years. It would appear that there is a market for unique crossover vehicles in the same way that the Honda Element has its fan club. The CrossCabriolet will certainly go down as one of the more unique attempts at Nissan to resonate with a younger demographic. 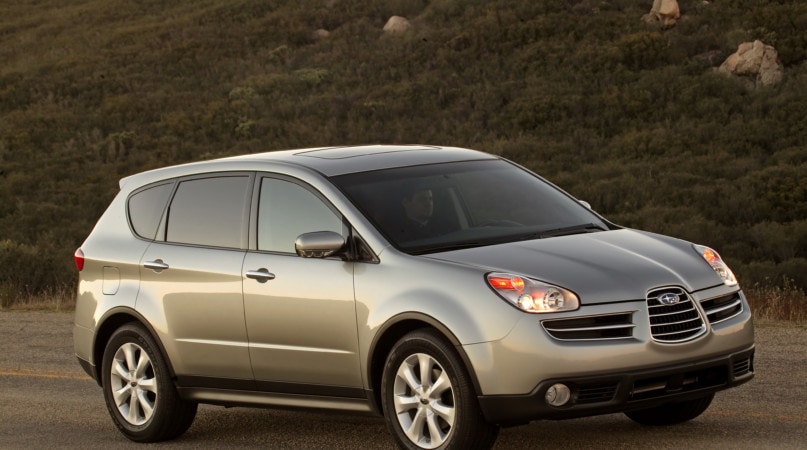 Who Can Forget The Ugly Duckling Subaru?

2006 was a great year for the automotive industry. GM’s full-size SUVs and pickups were getting a much-needed overhaul. The Dodge Charger was blasting onto the scene, and the long-awaited arrival of the Ram Megacab was here. But somewhere in between all of that positive news was an SUV that had a face for radio. The B9 Tribeca was Subaru’s first foray into a real SUV. It was universally panned for its awful exterior and futuristic interior.

Subaru is a brand that’s quite often equated with craft beer and REI parking lots. Not soccer moms and band practice jumping in after school. The Tribeca did have some positive attributes such as the 250-HP boxer engine. But the sales were extremely slow and Subaru rushed a redesign into production for the 2008 model year. The Tribeca was not as horrible to look at as the Pontiac Aztek was by any means. But the thing still looked downright awful, and to this day, the Tribeca is one of the least-remembered Subarus. 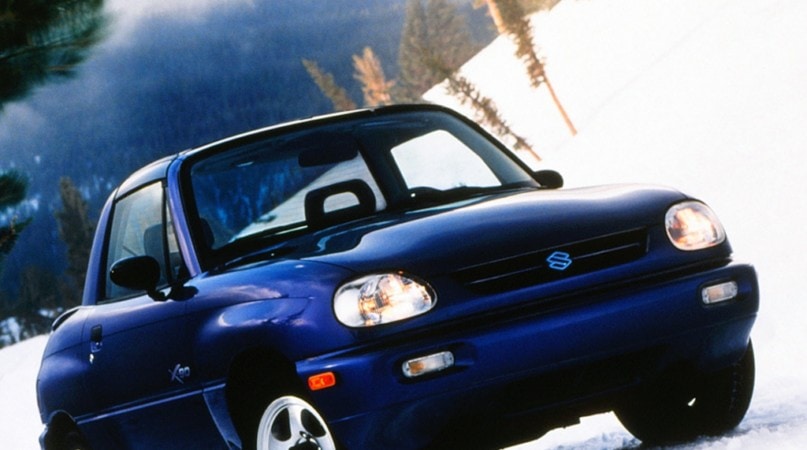 Then There Was The Suzuki X-90:

Oh Suzuki, where did you go wrong? The Samurai was a downright exceptional compact SUV that still has a cult following. Sadly, the X-90 was not meant to enjoy the same fate. This little crossover SUV was rushed into production after the company saw the success of the CR-V from Honda. The problem was that the X-90 was essentially a Geo Metro Convertible on steroids. The thing had no kind of performance whatsoever, and if that wasn’t enough, there was no backseat either. The two-seat SUV had never been tried before and it failed.

The X-90 had no type of redeeming qualities to make a person want to purchase it. Oddly enough, the little SUV was sold for several years in the United States. There has been a recent resurgence of these things popping up as a whole new generation gets into modifying off-road vehicles. The Suzuki Samurai has maintained a high amount of value and thus, the X-90 is a much cheaper way to get your hands on Suzuki off-road UTE. The X-90 certainly didn’t win any awards for its styling, but you’ve got to give Suzuki props for trying. 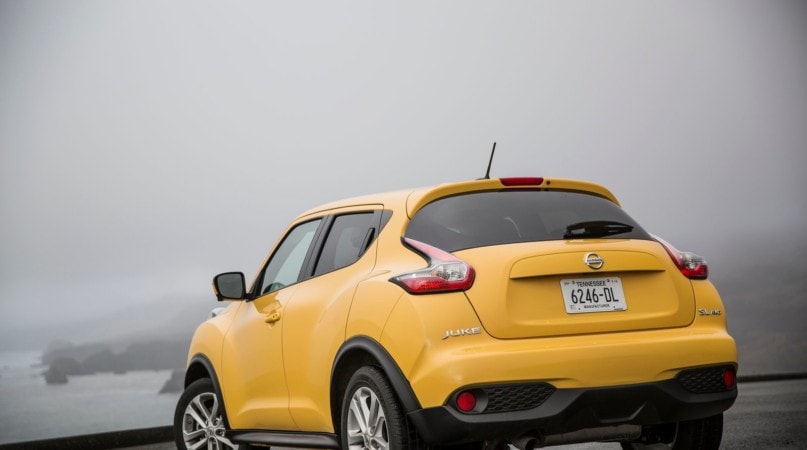 It’s not surprising that automakers are going to jump on anything profitable. The crossover SUV is one of the most profitable markets and has been for some time now. The ability to create a gas-efficient and easy-to-drive SUV is something that many companies have been trying to replicate for some time now. But along the way, there have been stylistic choices that are downright controversial. The crossover SUV was never meant to be a high-performance off-road vehicle, instead, they’re more of an everyday grocery getter.

The most popular vehicles have feature styling that is subdued and casual such as the ever-popular RAV4. But we still have to give credit to certain automakers for trying something different. These ugly looking crossovers will go down in the automotive history books for their boundary-pushing designs.