Repairing your own car or vehicle can be fun, rewarding or a learning experience. Then again, DIY mechanics can prove to be a far more troublesome situation than taking your ride to the garage.

Unless you have some sort of experience working on cars, and a manual handy, it’s probably best to leave most complicated jobs to a professional. Unfortunately many people don’t get the memo.

Check out the craziest stories of DIY mechanics gone wrong… 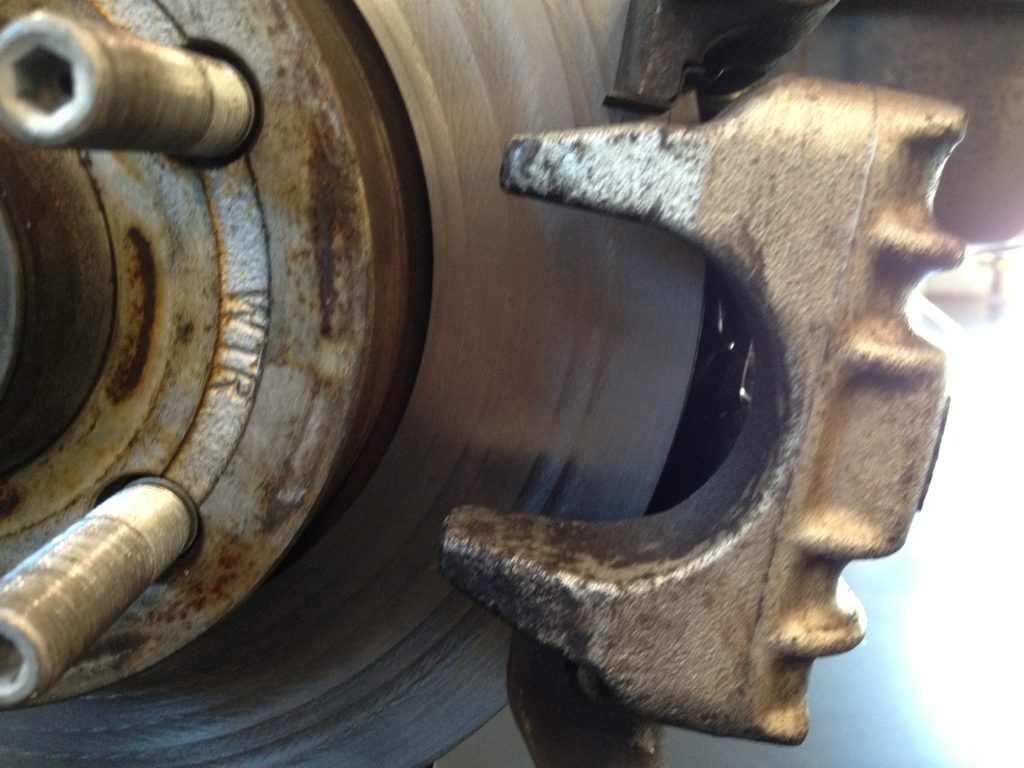 Brakes Are For Losers

This is possibly one of the wildest stories given how damn dangerous it is. From Humble Mechanic, this involves a customer who complained of having braking problems on a Volkswagen Golf.

Once the mechanics got the car up on the ramps, they immediately noticed there were no brake pads on the rear rotors. What’s perhaps more puzzling than anything here? The customer, who had done the brake “repair” themselves, didn’t wonder what the pads were when they took them out, or if they should replace them?!?

Hopefully the customer learned from this experience, and decided to never work on cars again. 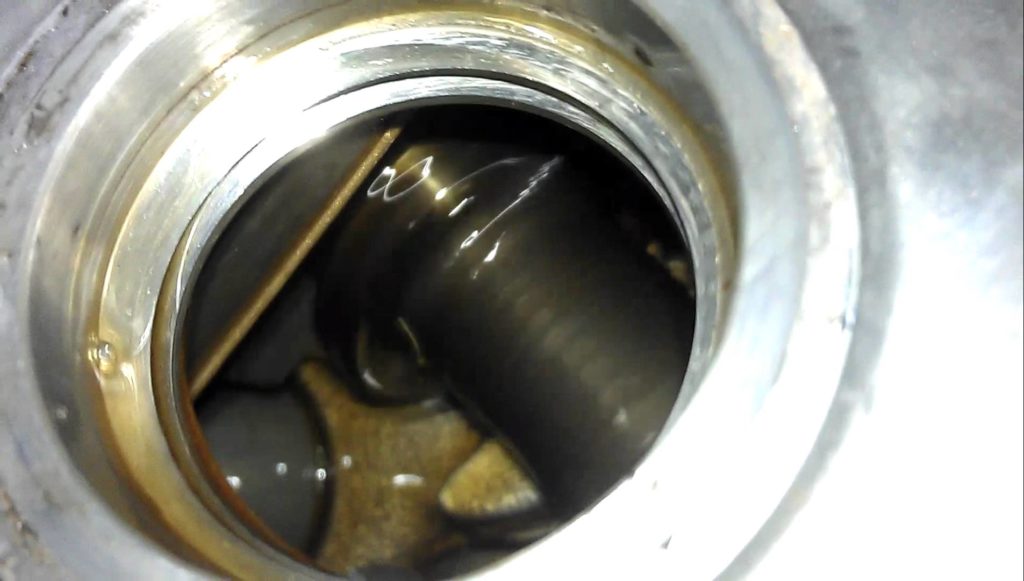 This one comes from a follower on Facebook, who had a customer come in who’d received some rather weird car advice:

Had a kid about 6 months ago come in for an oil change on his 2010 FJ cruiser. Popped the hood and there’s oil all over the top of the motor. Immediately noticed the oil cap was missing. Called the customer about it and was told he threw the oil cap away because “his dad said it runs better without an oil cap”

For some reason this guy’s dad thought he’d be better off running his car without an oil cap? The fact that two people were in on this notion, and didn’t bat an eyelid, is purely puzzling. 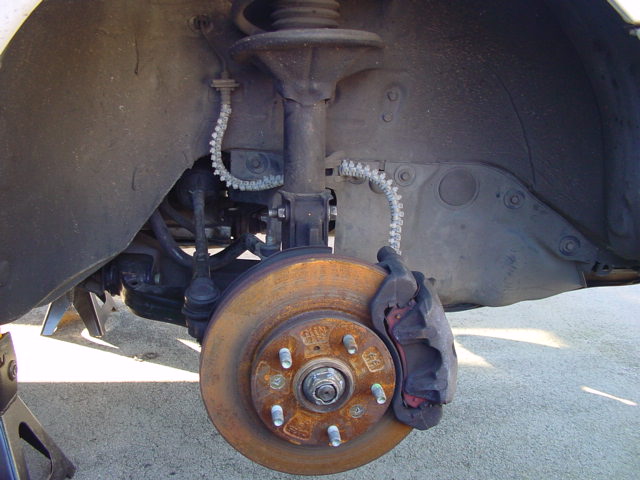 Another one from a follower on Facebook, who tells a story of brake line repairs you never want to make:

My father in law had a brake line rust out and pop. He slid 1/4″ line over the 3/16″. Then used rubber fuel hose and a bunch of hose clamps on each end. Smh by far the worst repair I’ve ever seen.

As soon as I saw the repair I cut the line out and replaced it. Then went and yelled at him. I told him to stop going to the hardware store to fix his car.

That one was from a follower on Facebook, who noticed this while working on a 89 Mustang. FYI, that’s the ‘engine mount.’

Continue on the final page… 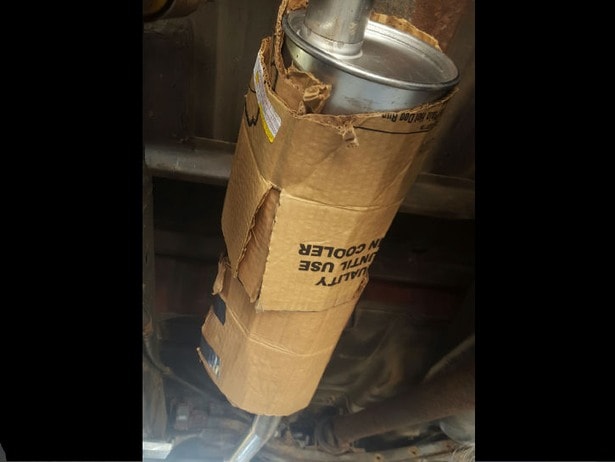 This customer from the UK actually rolled in for their annual MOT check with a large cardboard box covering a hole in the muffler. What they thought they were going to achieve by doing this is anyone’s guess. 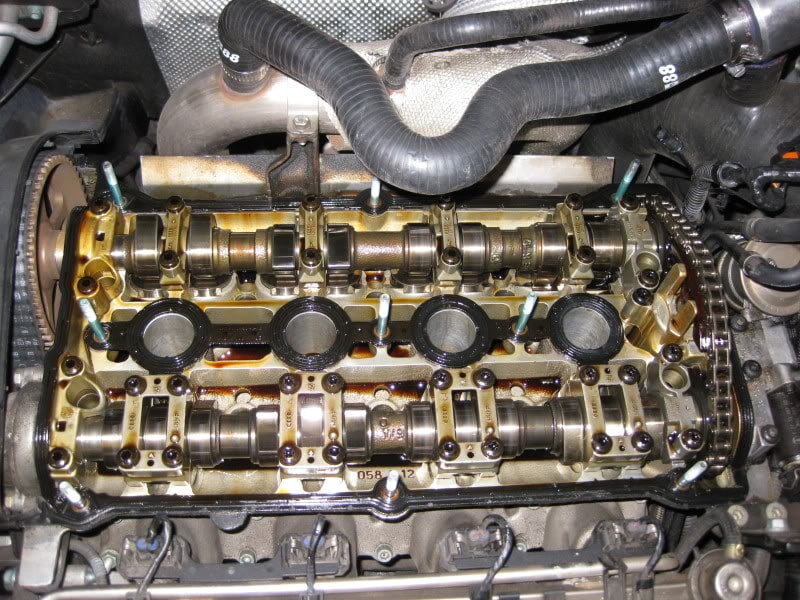 Early summer 2005, I backed my 600 mile old SRT-4 into a borrowed garage to do it’s first mod: the blowoff blue plate special. That’s right, I had bought the quickest compact car at the time, and my first modification wasn’t to increase boost pressure or do anything about the cars inability to steer at speed without trying to you; no I was going to install a noisemaker that tried (and failed) to imitate a proper blowoff valve’s noise.

After monkeying for what seemed like too long to install the third, and lowest/hardest to access screw, I decided to put the car up on ramps to try to access from below. I fired up the car, and crawled up the ramps, only to get a strong whiff of refined oil.

To access and install the plate I had to loosen an oil fitting next to the turbo, and most of the oil in the engine pushed its way up and out of my new car.

Celebrities Who Will Shock You With Their Amazing Car Collections
POPULARCameron EittreimSeptember 27, 2022 Billie Eilish Billie Eilish is one of the most popular pop singers in the world....

Real Drivers Who Were Pulled Over For Completely Idiotic Reasons
POPULARCameron EittreimJune 30, 2022 48: An Encouraging Moment Once again, learning to drive a stick shift is a challenge...

Fast Sports Cars That Will Only Become More Valuable Over Time
CarsCameron EittreimJune 27, 2022 38: MazdaSpeed 3 The Mazda 3 was a breakout success for the company in the...