The Jacobs on this nutter…

Remember when you were a kid, and your parents said video games are a bad influence? Maybe it was violent movies, but one way or another everyone has been warned about the ‘GTA effect.’

Watching too much gore or playing violent video games, in theory, should not actually turn a normal person in to a nut job. That said, the subject of today’s article might well be a ‘Grand Theft Auto’ gaming addict. 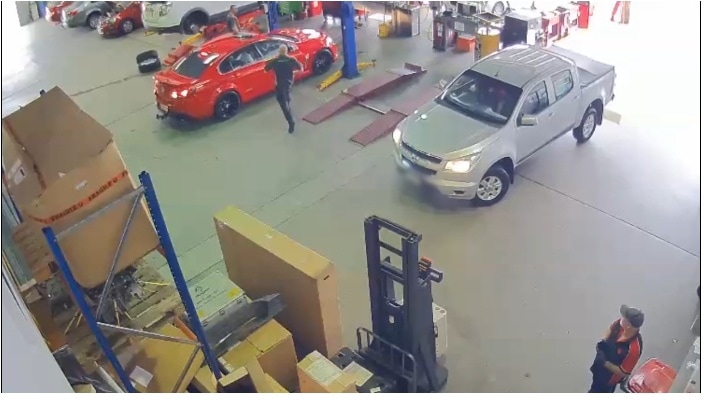 The police in Queensland, New South Wales, Australia have launched an appeal to find this wild car thief. As you’ll see in the video below, the guy walks in to a garage wearing shorts and flip flops, before jumping in to a 2016 Holden Commodore and driving off.

One employee attempts to stop the car thief, but it would appear the doors were locked. Here it is:

As first reported by Car Throttle, the police are appealing for witnesses in this crime:

Police in New South Wales, Australia have released a video showing one of the most brazen car thefts we’ve ever seen. On the CCTV footage – recorded at a garage in Windsor on Monday – a man is seen walking into a garage in Windsor, having a little mosey around, before getting in a red Holden Commodore. He slowly reverses back and swiftly drives away, as a member of staff tries to stop him, to no avail.

Police have urged business in the area to “be extra vigilant during business hours,” and for anyone with information regarding the stolen Commodore – registration 094VUH – or the thief to contact them immediately. 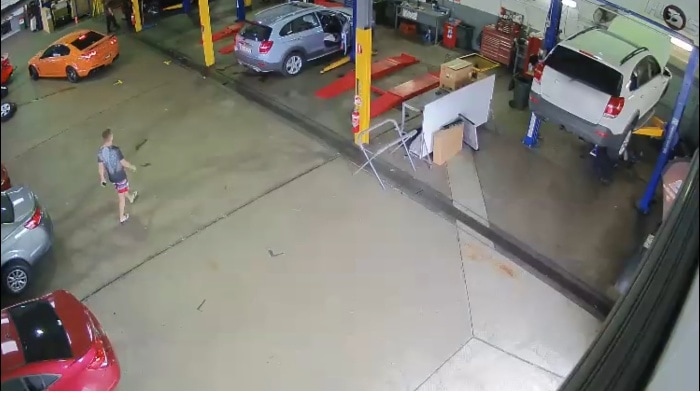 Unfortunately the grainy footage doesn’t appear to have led to an arrest yet. The footage was released by Queensland police on Monday. Let’s hope the owner was insured!