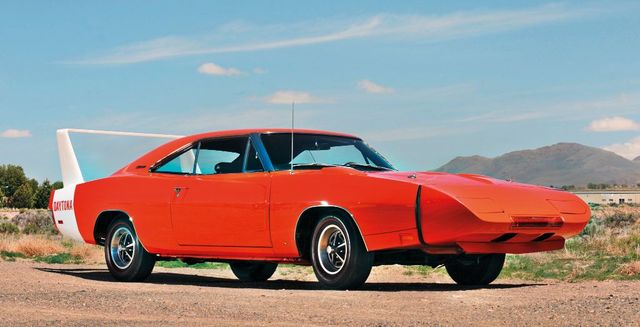 The most interesting period in NASCAR was the late ’60s. That’s when the rules allowed modifications to car bodies to make them more aerodynamic. The condition was to apply those changes to regular production examples and sell a limited number of them to the public. So, most manufacturers jumped at the opportunity, creating Aero racers or specially designed cars they homologated for the races.

But one of the most famous and influential was the 1969 Charger Daytona. They produced it in just 504 examples strictly as a homologation special. Despite winning some races, the Charger 500 wasn’t good enough, so Dodge decided to go all out. They created the Daytona, a racing car with a special front end, flush rear glass and a big rear spoiler. The Charger Daytona was one of the first cars they developed in a wind tunnel using new materials in construction.

The Charger Daytona proved to be successful on the racetracks. It even managed to do a record 217 mph run in almost stock configuration. And that shows how good the design and engineering behind this project were. The standard engine was 440 V8 and only about 70 cars received the legendary 426 Hemi. 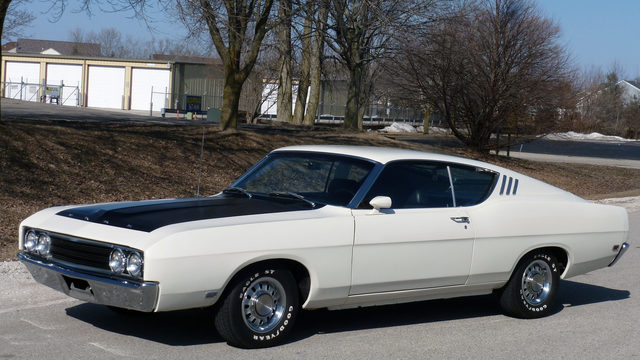 Ford was always successful in the NASCAR championships. So when Dodge started moving with their specially-prepared Chargers, Ford reacted with the Aero-warrior model they called the Torino Talladega after a NASCAR track. The idea behind the Talladega was to take a standard Torino and give it a unique front end. Next, they added a few slippery details and homologated it for the superspeedway.

Ford built a total of 754 Talladegas, using many of them for racing. In contrast to the extreme Charger Daytona, Ford decided to modify the front and the back of a regular Torino, removing the pointy wings and front end. This approach proved to be successful, so the Torino Talladega won many races. 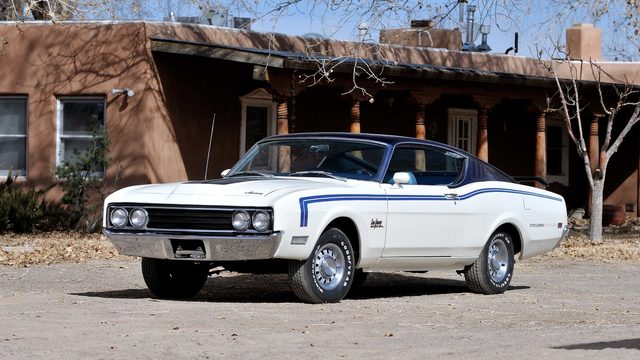 Ford had the Talladega, so Mercury wanted its own Aero Special. So, their designers took the Cyclone and copied some design cues from the Talladega, creating the Spoiler II model for 1969. The Cyclone Spoiler was mechanically identical. However, they sold it in two packages, the Cale Yarborough Special and Dan Gurney Special.

Although both packages had different color schemes, otherwise they were the same. The only difference between the Talladega and Cyclone Spoiler II was a standard rear spoiler, front grille, and the design of the rear lights. Even though the official rule was that manufacturers must produce 500 or more copies of their homologation special, there was controversy over the exact number of Cyclone Spoiler IIs they produced.

The official literature states it was 503 examples, but the experts claimed the actual number was much lower, at around 350 cars. The rumor was that Mercury was behind with the production of the Cyclone Spoiler II. And so, when the NASCAR officials came to check the cars, they sneaked in some regular Cyclones they painted in Spoiler II colors. This way it appeared they made 503 cars. But in fact, they made far less Cyclone Spoiler IIs. 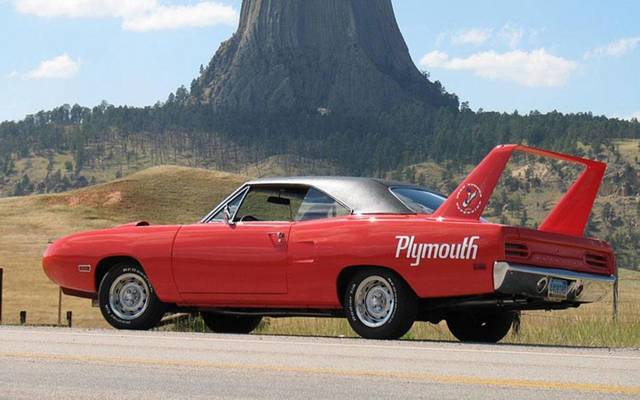 As one of the craziest muscle cars the ever produced, Plymouth has one of the most recognizable graphics packages they ever presented to the public. The Superbird was an attempt to win the famous Aero Wars in the late ’60s to early ’70s NASCAR championships. However, to homologate the car for racing, Plymouth built just under 2,000 roadgoing Superbirds, selling them all over America.

When the NASCAR officials noticed the limit of 500 cars was too low, they raised the limit to one car per dealership. And in 1970, Plymouth had exactly 1,971 dealerships across the states, so they based the car on the Roadrunner. It came with a 440 V8 as standard and 426 Hemi as the only engine option. However, to make it as aerodynamically efficient as it could, Plymouth installed a nosecone, hideaway headlights and an enormous spoiler on the back.

They even transformed the rear glass from the standard concave-shape to the regular shape, which proved more slippery in wind tunnel testing. The Superbird came with a wild graphics package along with the choice of bright colors. Also, all the cars had a vinyl roof to hide the rear glass conversion scars and big “Plymouth” lettering on the rear fender.

But the best part was the roadrunner bird logo holding a racing helmet. Also, they were quite successful in racing, managing to woo the legendary Richard Petty back to Plymouth after a brief stint with Ford. 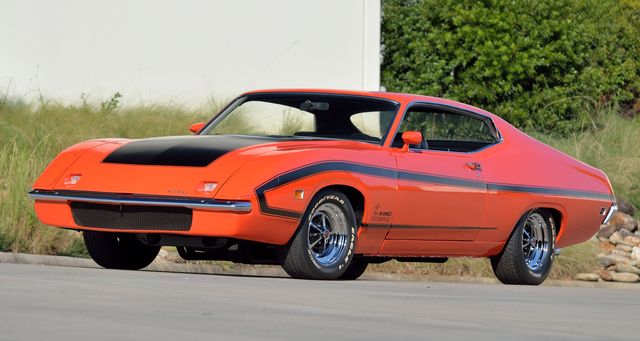 Ford wanted to attack those fast and victorious Aero Mopars, the Dodge Daytona and Plymouth Superbird. So for the 1970 season, they designed the Torino King Cobra. Apparently, the Torino Talladega with its modest modifications was not enough to beat those wild winged warriors from Mopar.

The King Cobra was a regular Ford Torino with a special, wedge-shaped front end and 429 engine. The car did well at its initial testing, but at the last minute, Ford pulled the plug on the project. They only made three cars, which are incredibly expensive today. 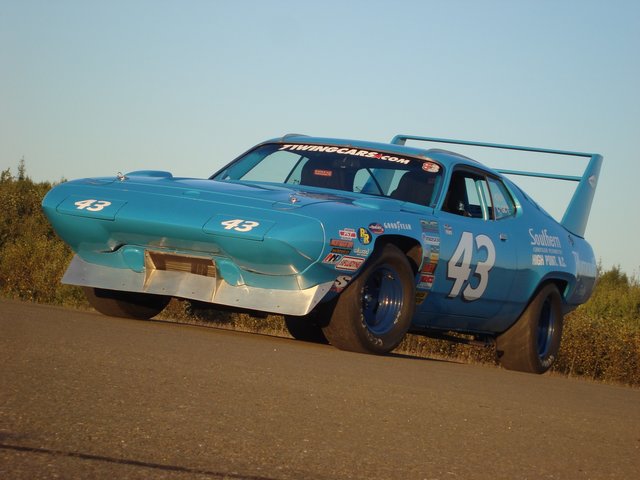 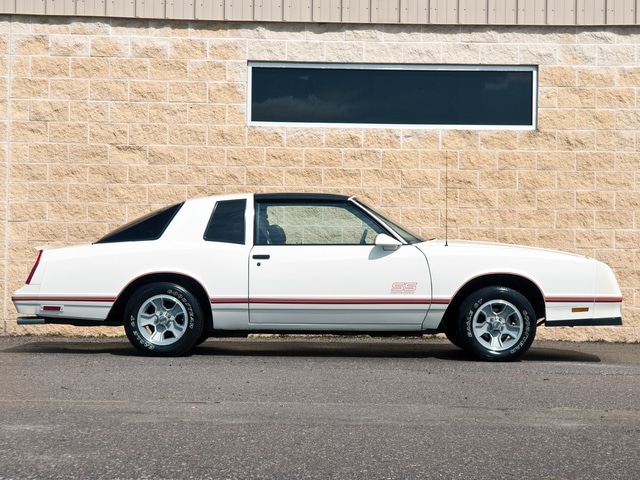 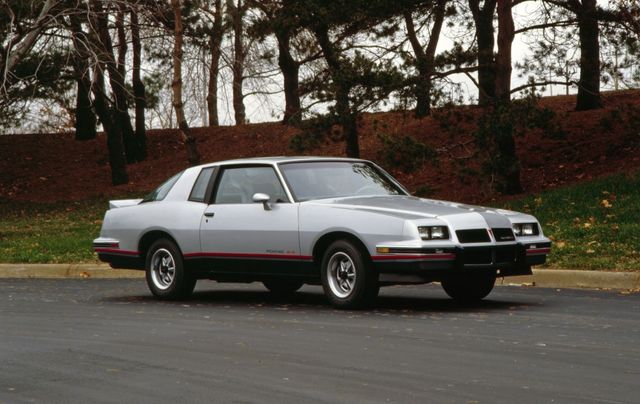