Home Cars 30 Station Wagons That Were Far From Boring
Cars

30 Station Wagons That Were Far From Boring 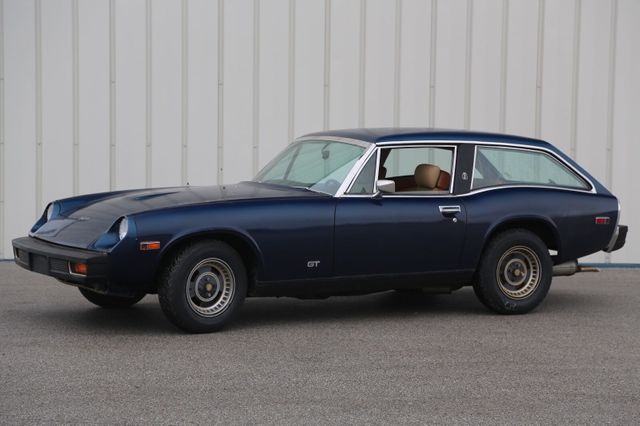 Did you know that shooting brakes were popular in Britain? If you didn’t, the number of British cars on this list should convince you of that. And here is one more, the Jensen GT. It was a brave attempt to present a shooting brake to American car buyers back in the mid-70s. The GT was the closed version of a Jensen Healey Roadster, which was a popular open-top model in the â€˜70s. 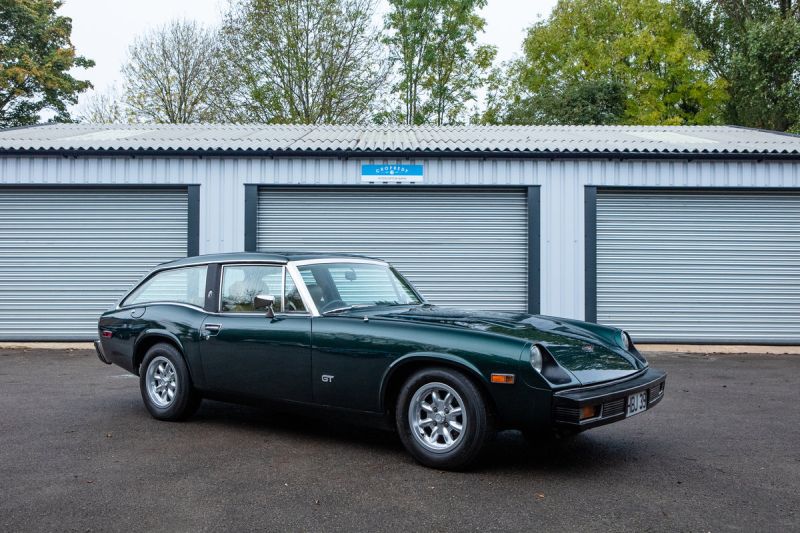 To widen its appeal Jensen decided to create a coupe, so the GT was born. Under the hood was a 2.0-liter Lotus-derived engine producing around 100 HP to deliver a modest performance. Jensen introduced the GT in 1975 and discontinued it in 1976. They sold a few of them, mostly on the U.S. market. 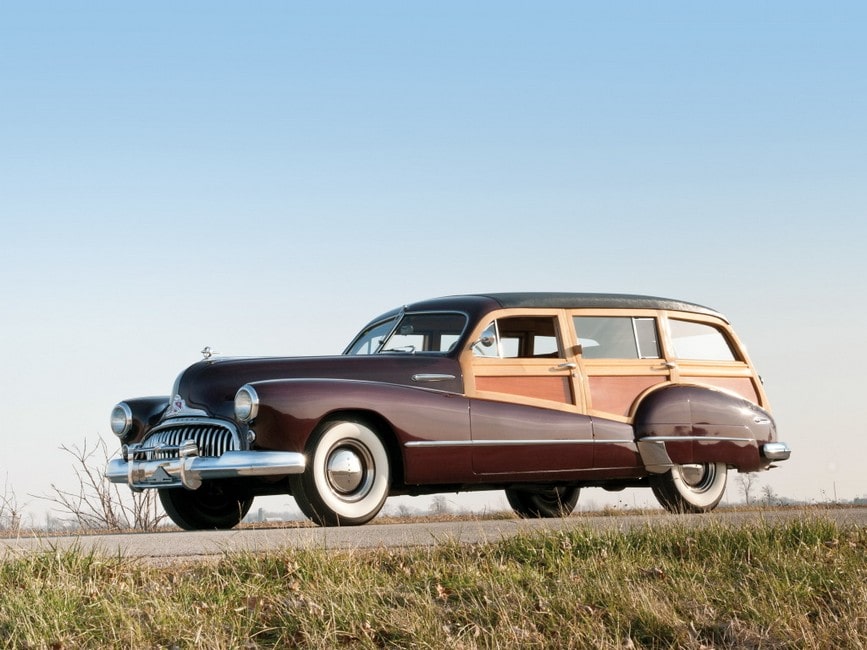 Even though the Roadmaster Estate Wagon was the least popular body style in the Buick line up, it was the most impactful. And that was because it introduced the station wagon as a category in the American car industry. Of course, there were numerous wagons before, but they were all sedan delivery cars they designed and produced for commercial purposes. 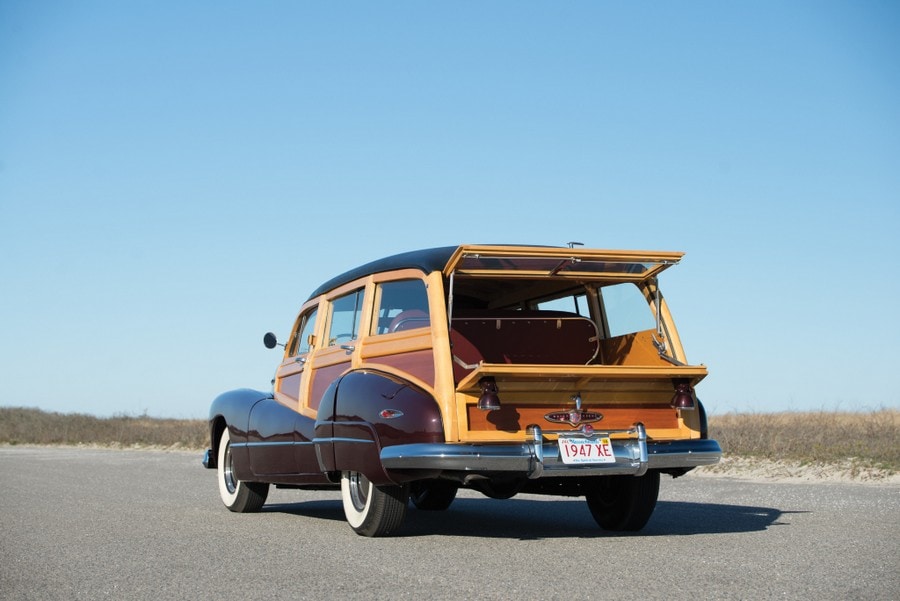 However, when they revealed the Roadmaster Estate in the late ’40s, it changed the game. Suddenly, there was a fresh and interesting long roof based on a luxury model with a powerful engine, wood grain details, upscale equipment, and prestige. This model showed that people carriers and station wagons can be cool and interesting, although just a few customers decided to purchase this special model.

Compared to the production of the standard Roadmaster, which was around 80,000 per year, they only built several hundred Roadmaster Estate Wagons. Although that was not enough to make Buick any money, it was enough to start a trend. 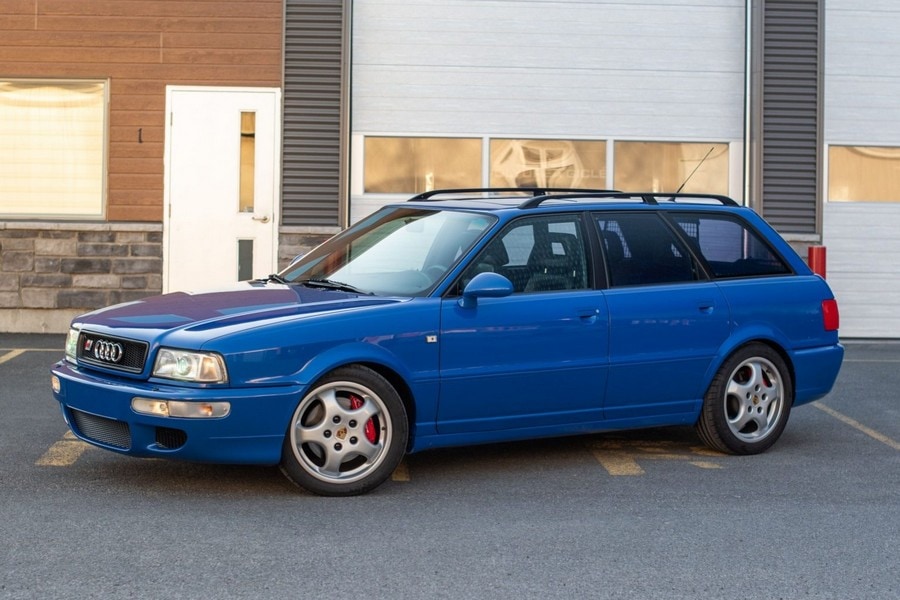 The RS2 was the first in a long line of Audi performance station wagons that brought consumers those supercars with long roofs like the RS6. However, the RS2 is where it all started. Audi engineers took the famous, inline five-cylinder turbo engine with 2.2-liters and 315 HP and put it in the most uninspiring body style they could find, the station wagon. 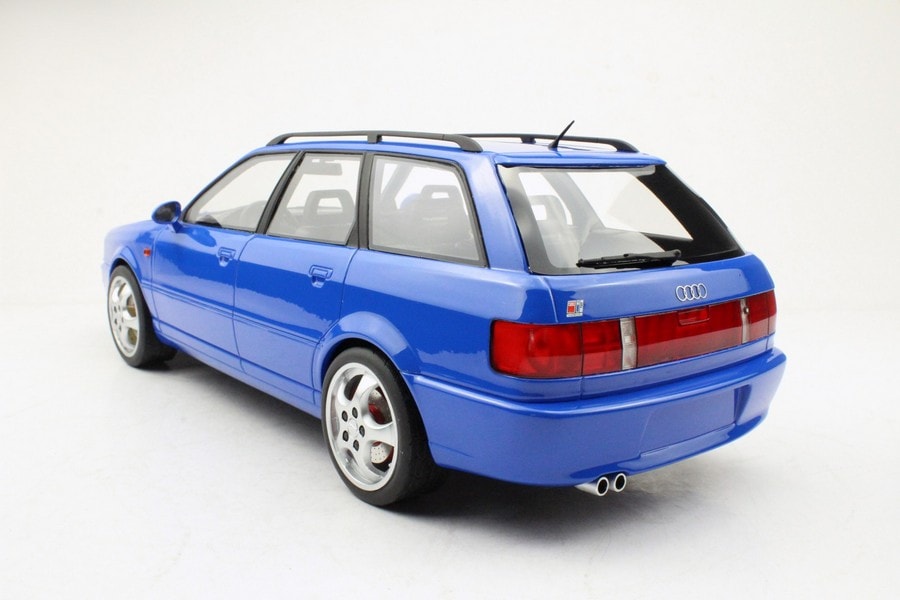 They also added Quattro all-wheel-drive magic and a manual transmission. Finally, they sent it all to Porsche for a precision final assembly. The result was the RS2, with a 4.8 second time to go from 0 to 60 mph. It had divine road holding in its early 90s form. Unfortunately, the production was limited. So if you see one of those cars at the stoplight, you know you will get left in the dust. 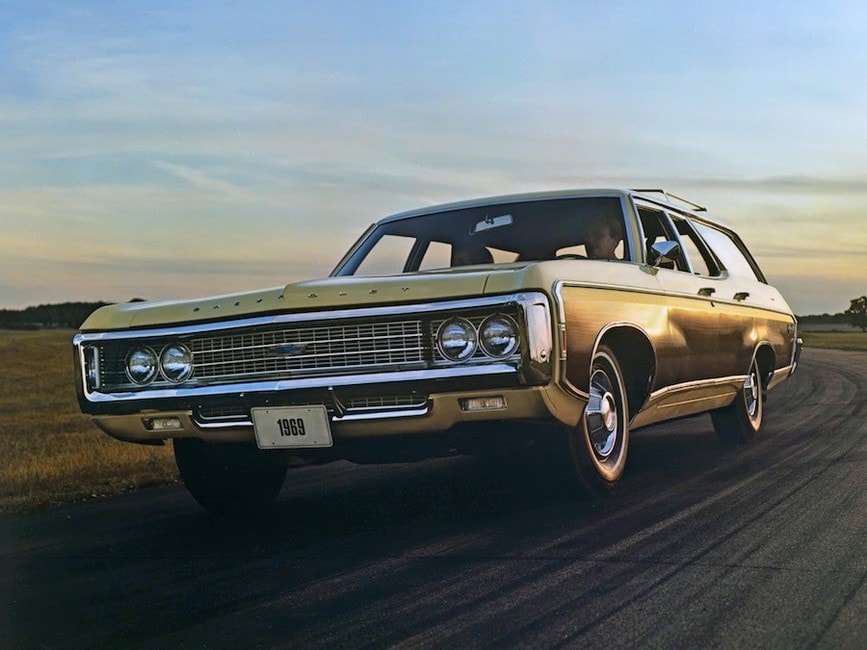 To be honest, classic Chevrolet station wagon lineup was always complicated to figure out. You had different trim levels with different names, different body styles with different engines, and you couldn’t figure it out without the help of a brochure or a dealer. That is why there are several forgotten station wagons because people just couldn’t remember them all. 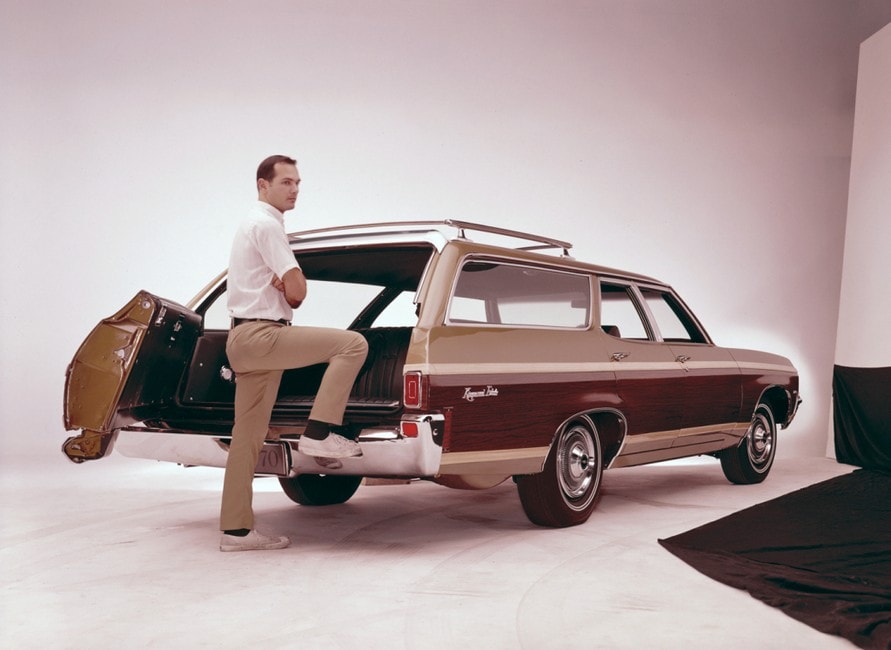 One of those models is the Kingswood. Sitting on the top of the wagon range, the Kingswood was produced in 1959 and 1960 and again from 1969 to 1972. Those models were always the most expensive and the biggest Chevrolet wagon offerings with powerful engines and a long list of creature comforts.

The most interesting is the late ’60s models which featured unbelievable specs. You could order the Kingswood with lush wood grain trim, chrome luggage carriers, heavy-duty components and with full big-block power. The 427 and 454 V8 powered wagons were almost as fast as muscle cars but could seat up to nine people. 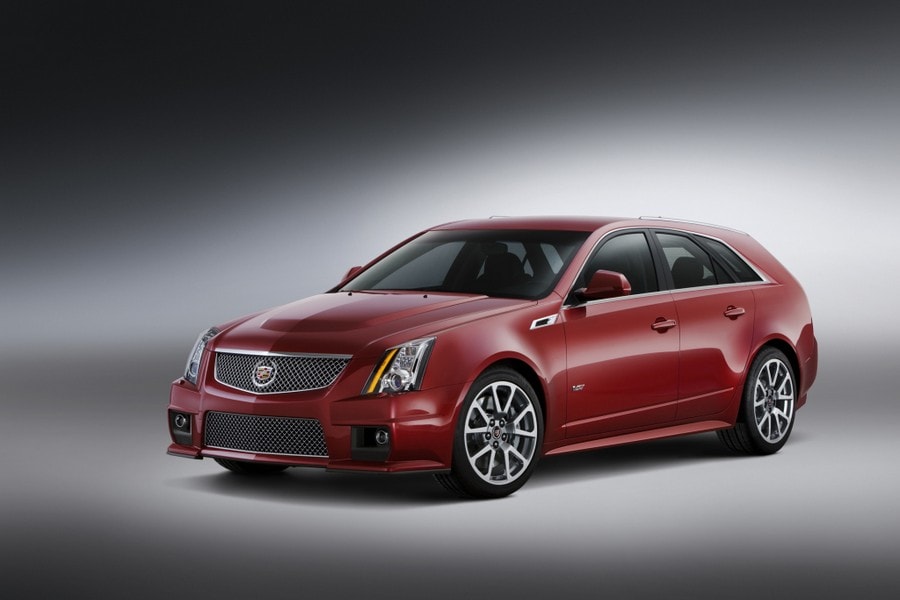 For years, Cadillac was without the proper performance series they needed to compete with BMW and Mercedes. But finally, the V-Series was born. It was all that Cadillac lovers dreamed of with its powerful engines. It came with world-class handling and suspension setups, and exclusive production. Even the competitors took notice when Cadillac rolled up with the new V-Series models. 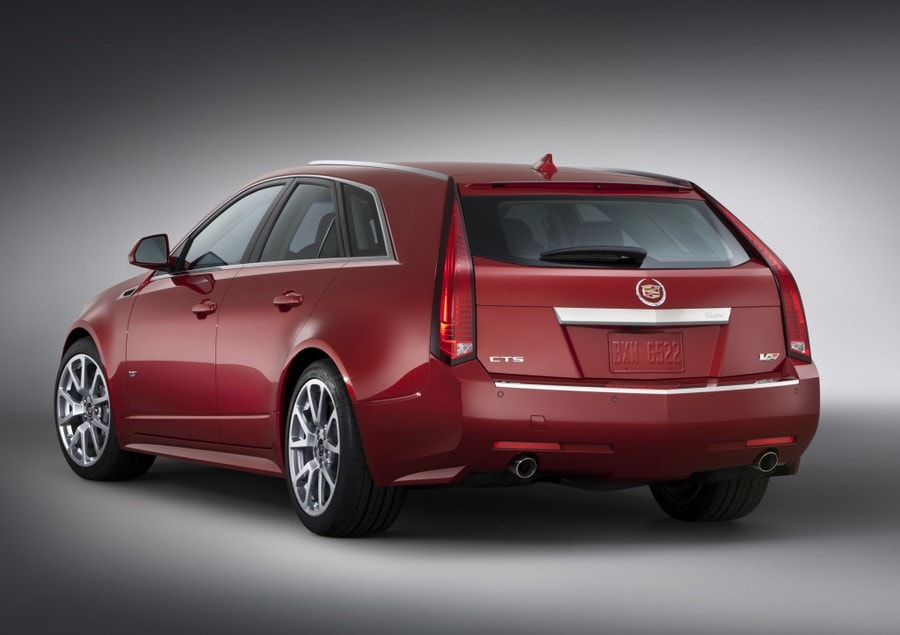 Arguably the most successful was the second-generation CTS-V model they produced between 2008 and 2014. Under the hood was a supercharged 6.2-liter V8 with 556 HP making the CTS-V the most powerful performance sedan on the market. However, the wagon body style was something Cadillac buyers didn’t expect.

The car was still a blast to drive and extremely fast, it was just that most customers turned to sedans or coupes. Some buyers even weren’t aware that the wagon existed. That is why the CTS-V Wagon is a rare, forgotten model and a definitive future collectible. 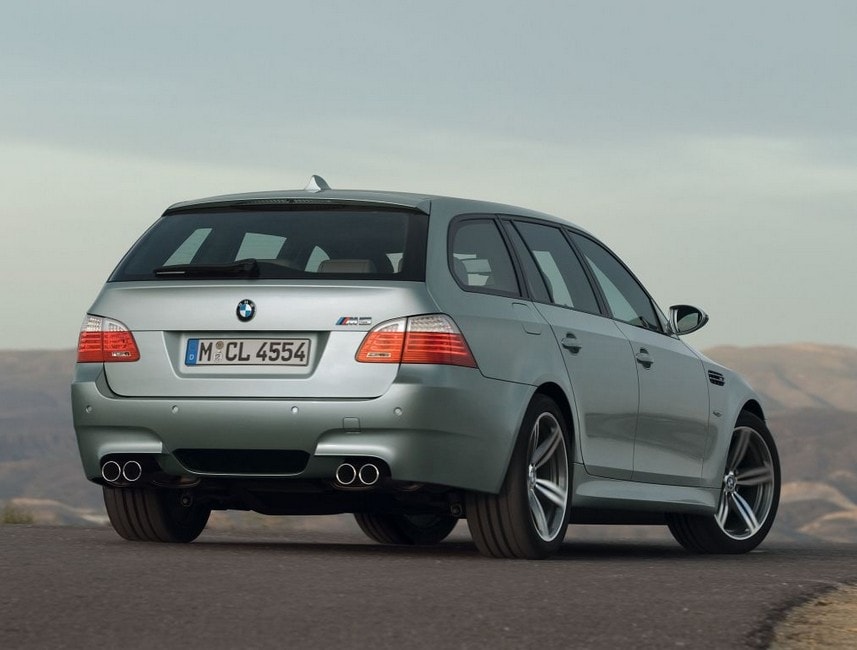 This was not the first M5 station wagon and fans hope that it will not be the last. But it was the fastest, most glorious performance station wagon, despite the fact they made only 1,025 with production ending in 2010. BMW presented their E60 M5 with one of the best naturally aspirated engines they ever made. It was the high revving 5.0-liter V10 producing 507 HP from a BMW Formula One unit. 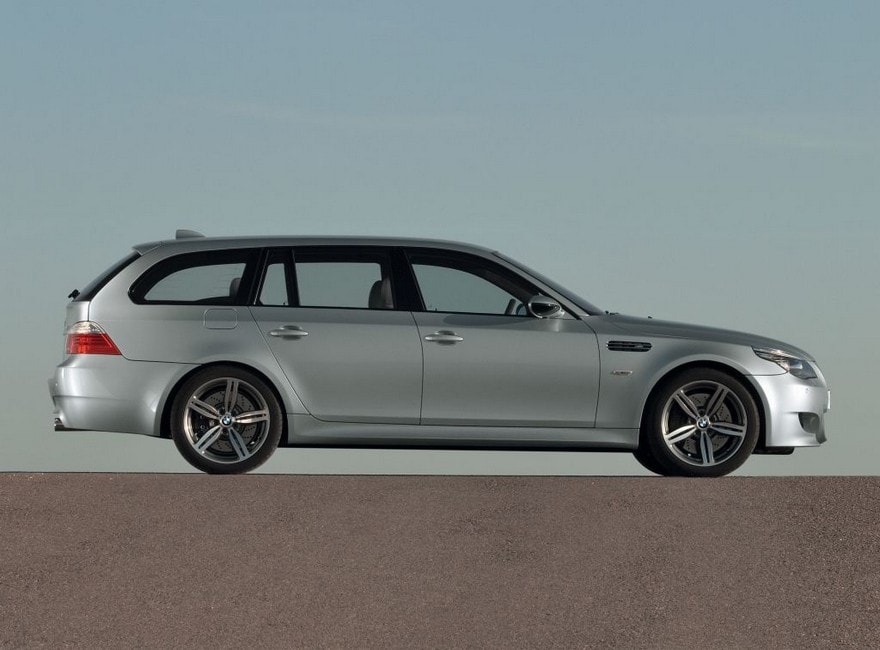 But to fight Audi’s fast wagons, BMW decided to make a Touring version of the M5 with a manual transmission. The manual BMW M5 station wagon delivers 507 HP with a six-speed manual, 4.5-second 0 to 60 mph time and a 205 mph top speed. No wonder even second-hand Tourings go for over $100,000. 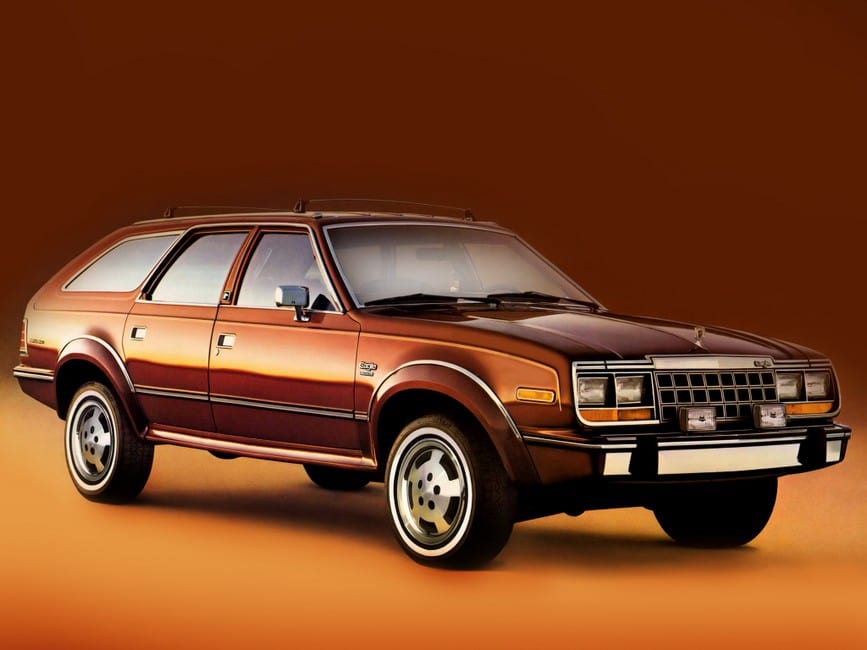 Conceived in the late ’70s, the Eagle was AMC’s answer to the rising popularity of AWD vehicles and SUVs, and AMC decided to combine their compact sedan and wagon lineup with tough and proven Jeep AWD system. The result was a surprisingly capable vehicle with the comfort and luxury of a sedan and compact dimensions. It came in a relatively low weight, with extremely good off-road characteristics. 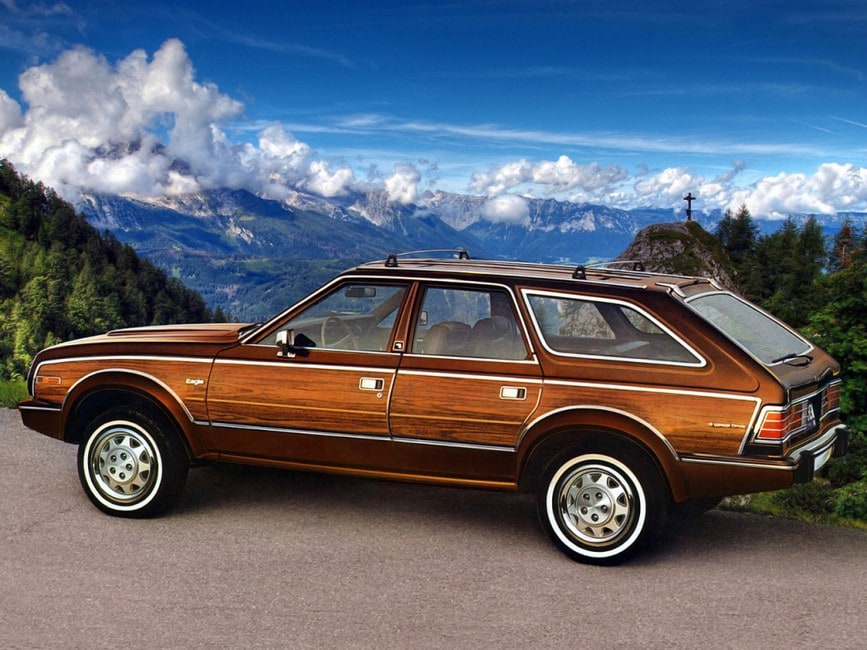 The Eagle was one of the first, if not the first, crossover/all-wheel-drive station wagon model in the world. Only today do most people see how important and influential this car was. As expected, the Eagle was a relatively popular car, especially in areas with harsh climate and long winters. Unfortunately, AMC was losing money elsewhere. So, they went out of business in 1987, which meant death for the Eagle as well. 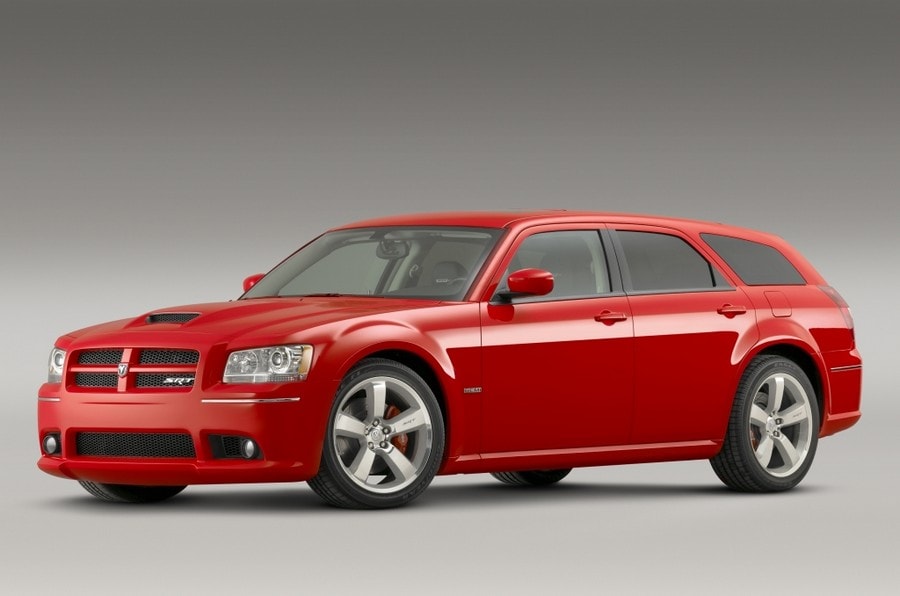 Dodge never built a Charger station wagon or factory Charger convertible. This model was always a two or four-door car throughout its history. However, if you have an irresistible urge for a station wagon Charger, there is a way to enjoy the power of the Hemi engine with the practicality of a long roof body. Simply look for the Dodge Magnum R/T. 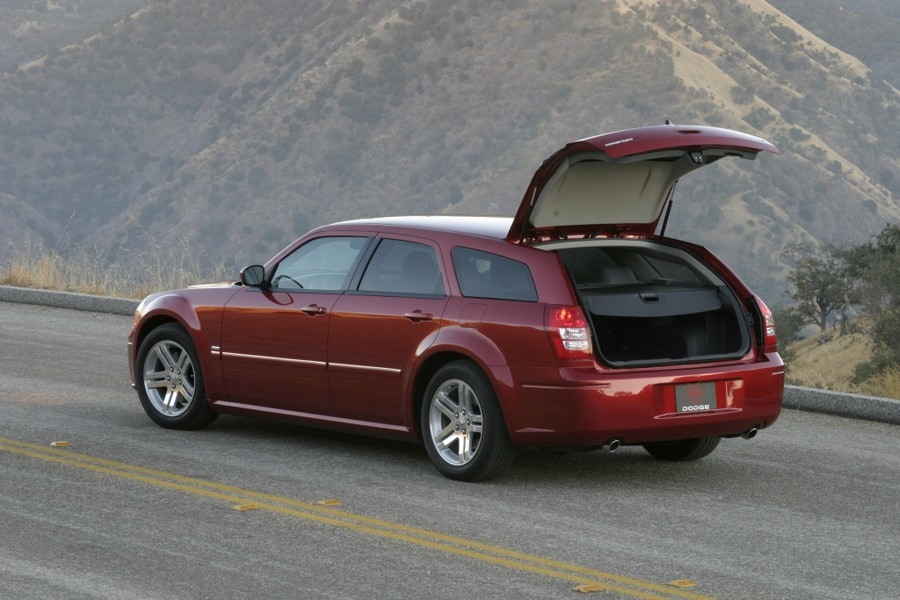 Equipped with a 6.1-liter V8 Hemi engine pumping out 425 HP and a glorious soundtrack through its twin tailpipes, the SRT-8 was a fast, capable long roof. The design is typical Dodge and since the rest of the mechanics are identical, think of this car like a station wagon Charger. 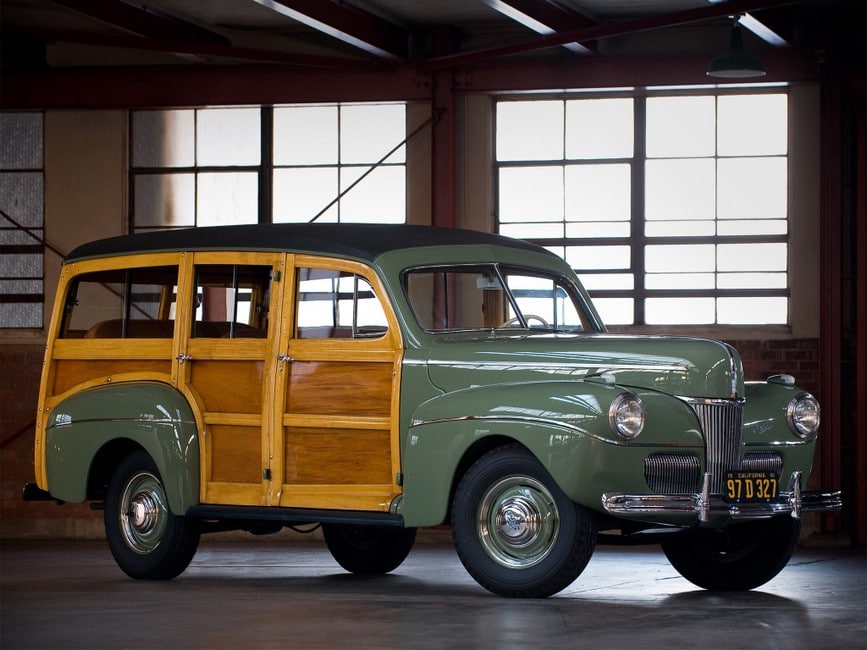 When you think of a classic American station wagon, you probably imagine a classic Ford Woody with surfboards on top and signature wood panels on the side. And the 1937 Ford Deluxe Station Wagon equipped with the famous Flathead V8 engine is exactly that. Ford started the Woody revolution with cool-looking wooden bodies, but soon all other Detroit-based brands followed. 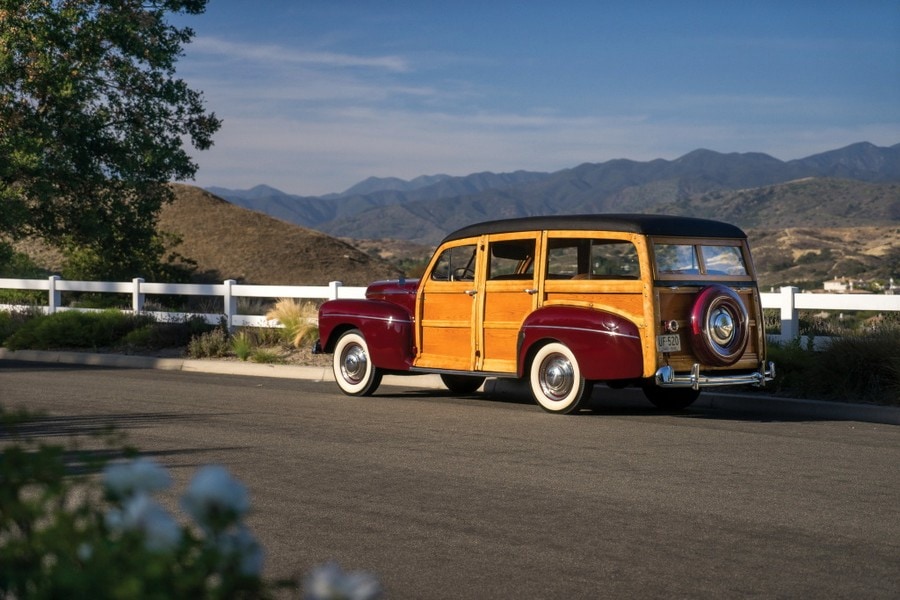 Most people consider those models the first proper station wagons they aimed at regular buyers and produced on standard chassis with standard drivetrains. Those models were a bit more expensive than sedans or convertibles. However, they offered much more space and usability, which made them popular with surfers and hot rodders in the ’60s. 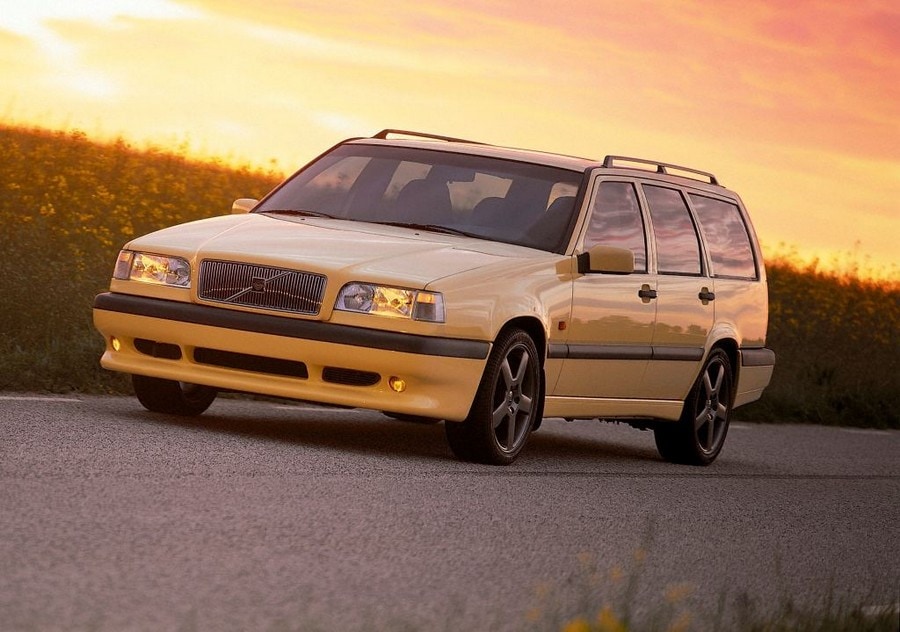 Is there anything more boring in the automotive world than a boxy old Volvo station wagon? Probably not. It’s the typical suburban mom car from the ’90s with loads of space for the kids and their stuff. And it’s slow but dependable and dead boring to drive. You can say all that for a regular Volvo 850 Wagon, but the R version they introduced in 1996 is something completely different. 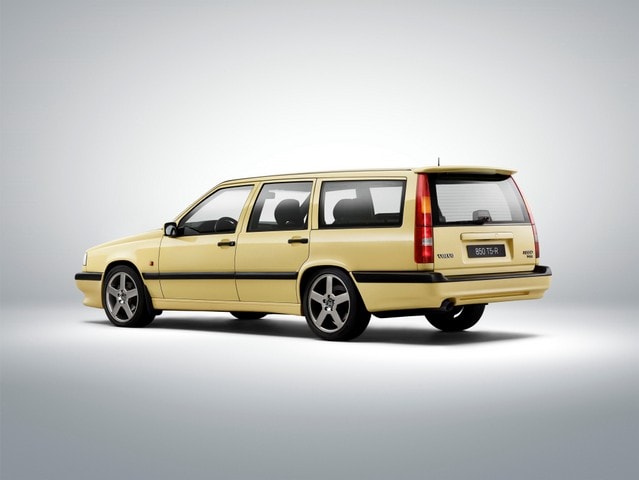 After the success of the T5 version of the 850 series that featured a turbocharged engine, Volvo decided to go a step further and introduce an all-out sleeper machine in the form of the 850 R. Under the hood, the 2.3-liter five-cylinder engine featured a bigger turbo, different intake system, and electronics, all of which resulted in a respectable 250 HP output.

Despite retaining the front-wheel drive, the Volvo 850 R Wagon still had a good acceleration time of 6.5 seconds to 60 mph and a top speed of almost 160 mph. For the mid-90s this was sports car territory. You can bet there were a lot of confused Porsche owners when those boring Volvo wagons passed them on the highway. 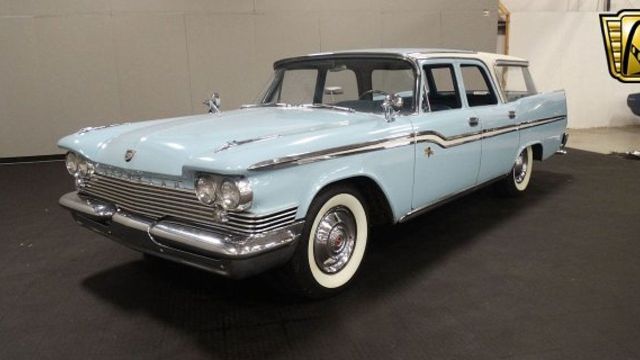 By the late ’50s, almost all American manufacturers started producing station wagons across the range. With the rising popularity of this body style, car companies offered innovative details, equipment, and features to attract customers. Soon, those full-size models gained more luxury to add to the appeal. 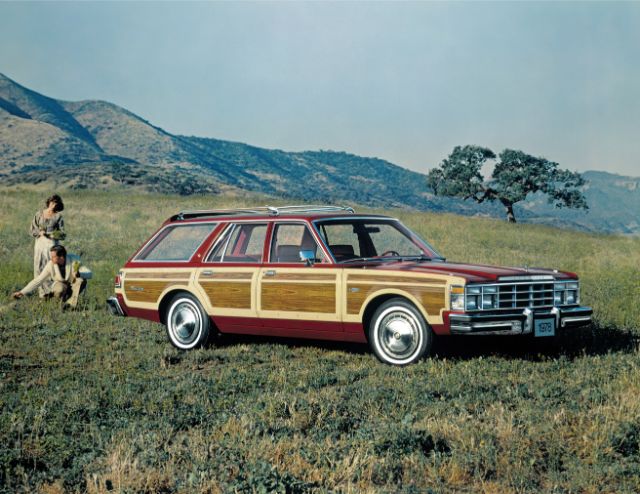 Chrysler called the rear-facing seats, the “Observation Deck” and it had power sliding rear glass as an option. Features like this suggested that wagons were not only for family transport but for road trips to discover America through its newly built highways.

These are 30 of the sexiest and coolest station wagons ever built. Which one caught your eye? These cars prove that station wagons can be fast and attractive, too. And most car fans are hoping they’ll make a comeback soon.