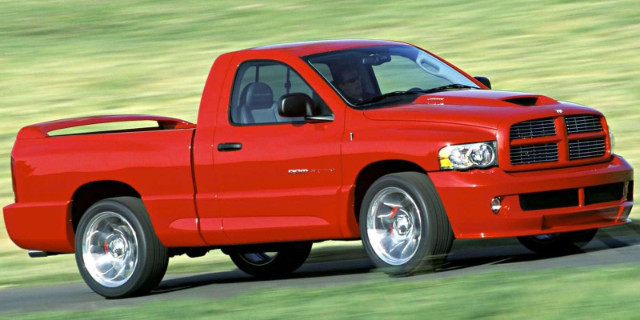 A rugged pickup is a good proposition for a first car, but not the Ram SRT-10. Dodge offered it from 2004 to 2006. And the Dodge Ram SRT-10 is one of the craziest, most powerful and fastest pickups they ever produced. That itself is a hard thing to say since Dodge always had wild special versions of their trucks.

But, just look at the specs. It has the 8.2-liter V10 engine that pumps out over 500 HP. To get from 0 to 60 takes fewer than five seconds and the fuel economy is in single digits.