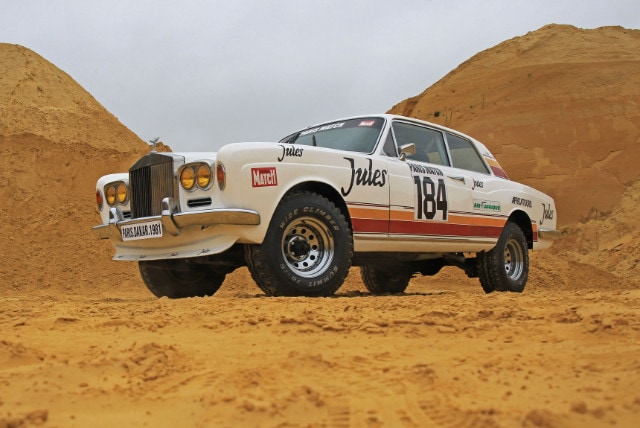 By default, race cars are purposely-built competition machines they design to extract every bit of performance and speed. That is why they build most modern race cars from scratch, so they just resemble the regular production models. In fact, they custom make all the body panels, spoilers, air dams and more. Most race cars sit low, have a wide track and enormous spoilers on the trunk.

Gone are the days when you can buy a production model, take it out on the race track and win the checkered flag. And although form follows function, most race cars are aesthetically beautiful and exciting machines. In fact, some of them even enhanced the lines of those boring regular models, turning them into insanely cool vehicles. But some engineers have presented strange-looking, weird race cars.

Almost all of the championship series have at least one “black sheep,” or car that looks funny and sometimes even downright ugly. The reason is due to the quest for the most aerodynamically efficient shape or to add the latest technology. Other times, they built the car from scratch and it looks like it. So keep reading to learn more about the 20 most unusual and strange race cars from the colorful world of motorsports.

In the early â€˜50s, Cadillac entered the legendary 24 Hours of Le Mans race with two cars. One was almost completely a stock Coupe De Ville, while other was a strange roadster with a body they built from scratch. The French called it the “Le Monstre” due to its weird design and appearance. The body should’ve been lighter and more aerodynamically efficient than the regular Cadillac shape, but the “Le Monstre” wasn’t successful on the racetrack.