As the most lucrative and one of the biggest markets in the world, the USA is a dream destination for most car manufacturers. Everybody in the business knows if they offer a good car to buyers in America, it will sell in big numbers. They can make a profit and provide the company with a significant market share. And, in most cases, that’s true, but the enormous American market can make or break a company.

However, not every car endeavor in the American automobile market has been successful. Sometimes, import cars are too tough to sell. Those foreign models are high-quality, attractive and powerful, but some of them still fail on the domestic market. So today, you will learn about the 18 coolest, most interesting European cars that American buyers avoided, so they flopped in the U.S. 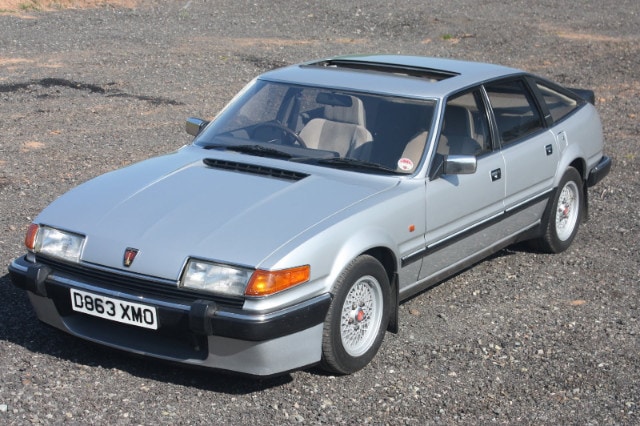 Remember what your father drove in the mid-70s? It was probably a boxy sedan with an underpowered engine or a station wagon with wood inserts on the sides. Or, was it a small, front-wheel drive import car? Whatever he had in those days was pale and outdated compared to the interesting Rover SD1. Rover imagined it to be the family sedan of the future, presenting the SD1 V8 to the public in 1976.

It was immensely modern with aerodynamic styling, a hatchback rear end, and a futuristic interior. The base versions got their power from a 2.6 liter 136 HP engine. However, a 3.5 liter V8 was also available. The V8 version is interesting since it turned this comfy family sedan into a proper four-door muscle car.

The Buick-derived 3.5-liter V8 produced 190 HP, which is not much by today’s standards. But, it was a lofty number for the mid-70s. Unfortunately, due to worker strikes at the factory and the poor quality of the components, the SD1 wasn’t dependable. It lacked the reputation German cars had, so it was a sales flop in America.