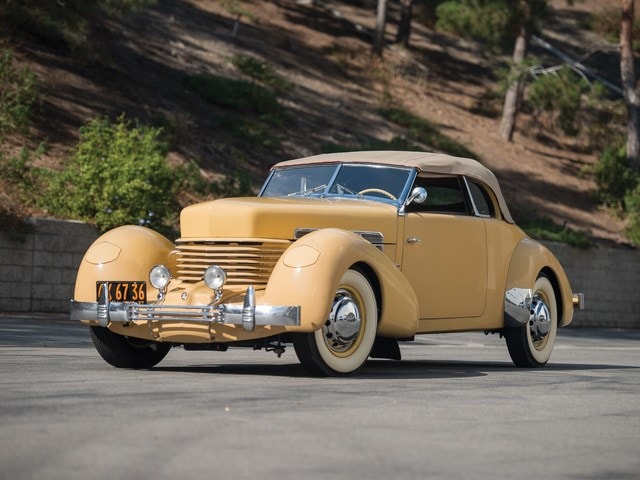 Errett Lobban Cord was a successful car salesman and businessman who had the dream of building cars under his own name. So, in 1929, he established a company he called Cord and introduced the first model he named the L-29. The philosophy behind Cord cars was simple: offer advanced technology, powerful engines and gorgeous designs, which is exactly what he did.

The L-29 had bodies produced by the finest coachbuilding companies and one interesting feature: front wheel drive. In those days, the FWD layout was unheard of, so Cord was the only manufacturer in the world with this drivetrain. But the most famous Cord was definitely the fantastic 810/812. It featured Art Deco styling, front-wheel drive and powerful V8 engines. When the presented the 810 and later 812 in 1936, the car market was stunned.

At that time, this was the most advanced American production car with V8 power, front-wheel drive, an independent front suspension and hidden headlights. The car featured many industry firsts and established itself as one of the most revolutionary American cars of all times. Unfortunately, the market was not ready for such an advanced automobile so their sales were disappointing. And that is what caused Cord to close their doors in the late â€˜30s.